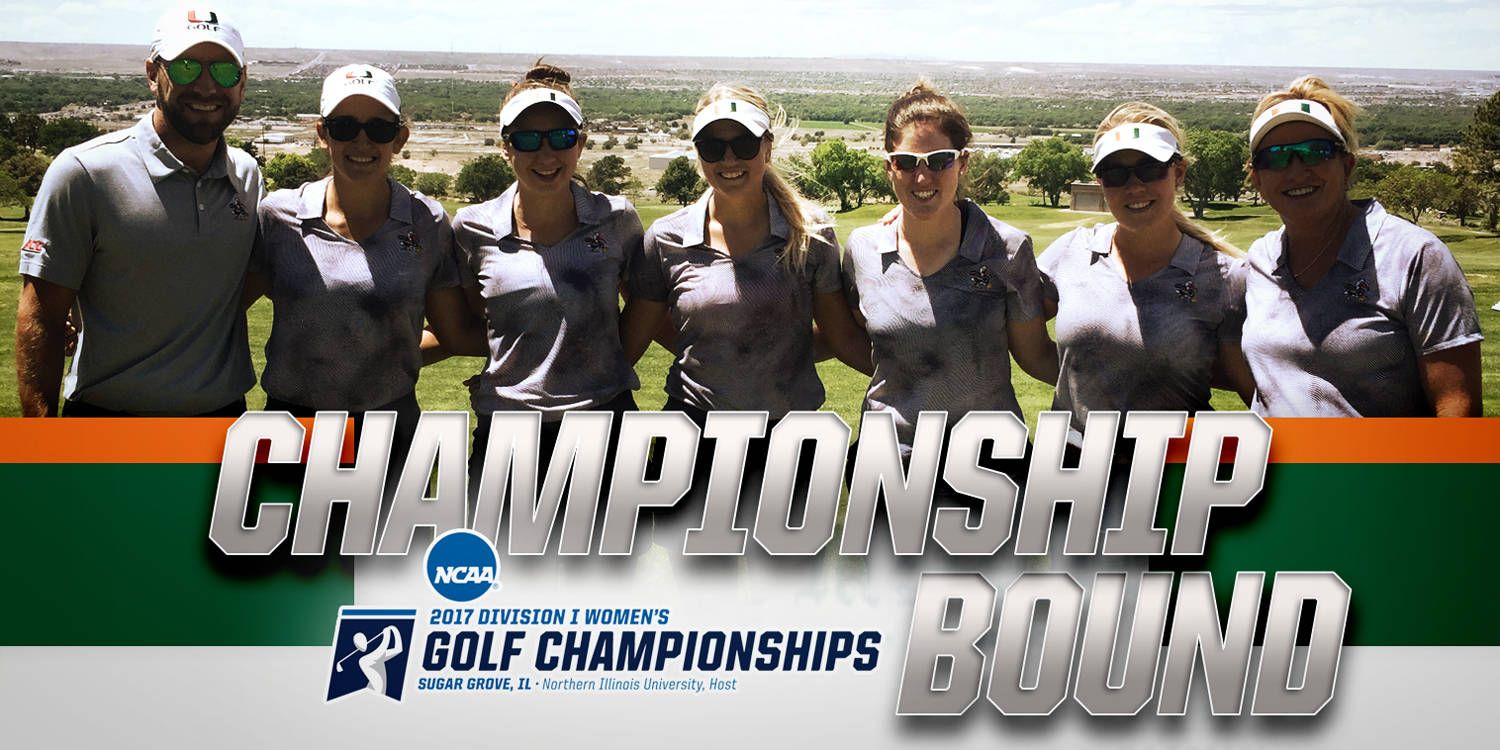 ALBUQUERQUE, N.M. – For the second consecutive season, the University of Miami women’s golf team will once again compete for a national championship, as it tied for fifth at the 2017 NCAA Regional Championship.

Miami’s second straight trip to the national tournament marks the first time since the 1991-92 seasons that the Hurricanes have earned back-to-back trips to nationals.

The No. 16-ranked Hurricanes battled heavy winds, which reached speeds of up to 30 miles per hour to post a final round team score of 297 to earn a spot in the national tournament for the 25th time in program history.

“I’m so proud of my girls for never giving up,” head coach Patti Rizzo said. “I’m so excited because we are such a young team. This is only the beginning of their greatness and I can’t wait to see us perform at nationals.”

The Hurricanes finished the tournament with a three-round score of 888. As a team, Miami finished the final round of competition with 13 birdies.

The Hurricanes opened final round play in eighth place and dropped to as low as ninth, but were able to leap past Campbell, NC State, Oklahoma State and Washington throughout the day to seal their berth in the NCAA Championship.

Freshman Renate Grimstad continued her steady play throughout the tournament, as she posted a final round score of 73 to finish with a three-round total of 218 and tie for eighth. She has now posted three top 10 finishes on the year.

“Today was such a great day,” Grimstad said. “This is all new for me and I still don’t think it has hit home just yet. I am so proud of what I was able to do out there today. I love this team and they really have become part of my family.”

The Bergen, Norway native went two-over-par on the front nine, but responded in a big way on the back nine by going one-under-par.

Fellow freshman Filippa Moork and sophomore Dewi Weber also posted strong final rounds for the Hurricanes as they tallied scores of 73 and 74, respectively. Weber tied for 14th (220), while Moork tied for 38th (226).

Senior Delfina Acosta (224) and freshmen Macarena Aguilera (234) rounded out the Hurricanes’ lineup, as they tied for 37th and tied for 73rd, respectively.

Stanford won the team title with a three-round tally of 866. Stanford’s Albane Valenzuela won medalist honors, as she posted a three-round total of 210.

The University of New Mexico served as the tournament host for the three-day event, which was held at The Championship Course (par 72, 6,637 yards).

Miami will travel to Sugar Grove, Ill., on May  19-24 to take aim at a sixth national title.