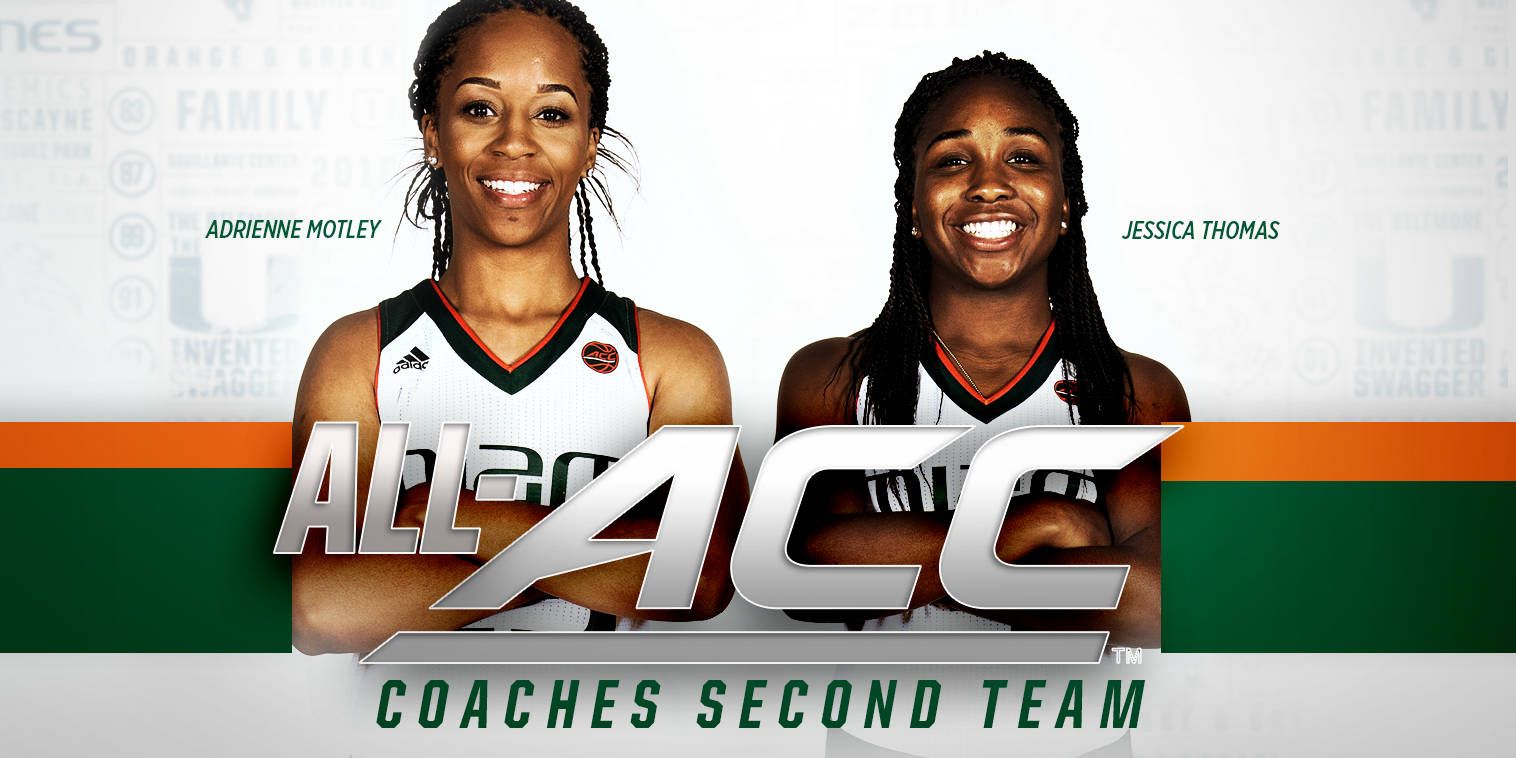 Motley, one of three Hurricanes to be named a three-time All-ACC selection, is sixth all-time at Miami with 1,831 points, good for No. 20 in the nation among active players, including second in the ACC. In addition to scoring, she leads the Hurricanes in both field goals (153) and 3-pointers made (55), as well as assist-to-turnover ratio (1.61:1).

A two-time All-ACC Academic Team selection from Gainesville, Fla., Thomas paces Miami in assists, steals and minutes per game, plus free throw percentage and free throws made (98) and attempted (125). Thomas’ 1,247 career points rank in the top 16 among active ACC players and all-time among Hurricanes, while her 368 assists are in the top 10 of both categories.

Miami, ranked No. 16/16 with a 23-8 (10-6) record, is one of seven teams in the conference with at least two All-ACC selections. The Hurricanes reached the semifinals of the ACC Tournament for the second year in a row.