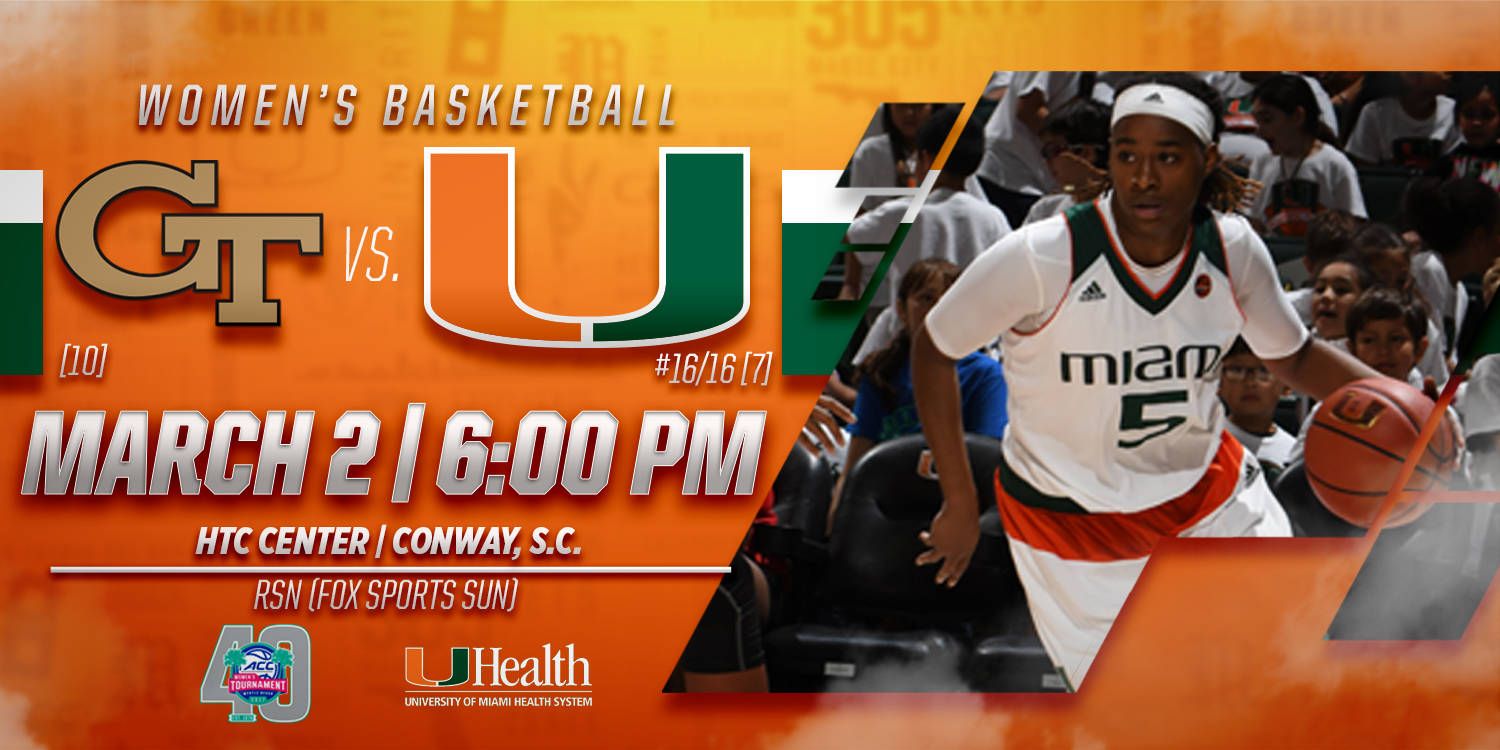 CORAL GABLES, Fla. – Following its opening round bye, the University of Miami women’s basketball team is set to start play at the ACC Tournament.

The Hurricanes have a 14-13 edge in the all-time series against Georgia Tech after winning seven of the past nine matchups, including each of the past three. Miami is 1-3 in ACC Tournament play versus the Yellow Jackets, with the win coming the program’s first ACC Tournament game back in 2005.

Miami and Georgia Tech faced off in the regular season finale, with the Hurricanes earning a 75-70 home victory behind a career-high 24 points from redshirt senior forward Keyona Hayes. Senior guards Adrienne Motley and Jessica Thomas added 17 and 12 points, respectively, on senior day at the Watsco Center.

This will be the first time since 2013 the Hurricanes face the same team in consecutive games. That year, Miami beat Virginia Tech to cap the regular season and to open the ACC Tournament.

The Yellow Jackets, who opened the year by winning nine of their first 10 games, currently sport a 17-13 (5-11 ACC) record. Junior forward Zaire O’Neil leads the team in both points (12.9) and rebounds (5.6) per game, while her 48.9 field goal percentage also tops all Yellow Jackets.

Thursday night’s matchup is set to be broadcast live on RSN (affiliate list HERE under Game 6) with Tom Werme and Debbie Antonelli on the call. Chelsea Shine will be doing sideline reporting.

The action is also available on WatchESPN HERE and will be carried live on WVUM 90.5 FM HERE. Live stats for the game can be found HERE and more information is available on the ACC Tournament homepage HERE.

The winner of the contest between the Hurricanes and Yellow Jackets will take on No. 8/12 Florida State, seeded second, Friday at 6 p.m.