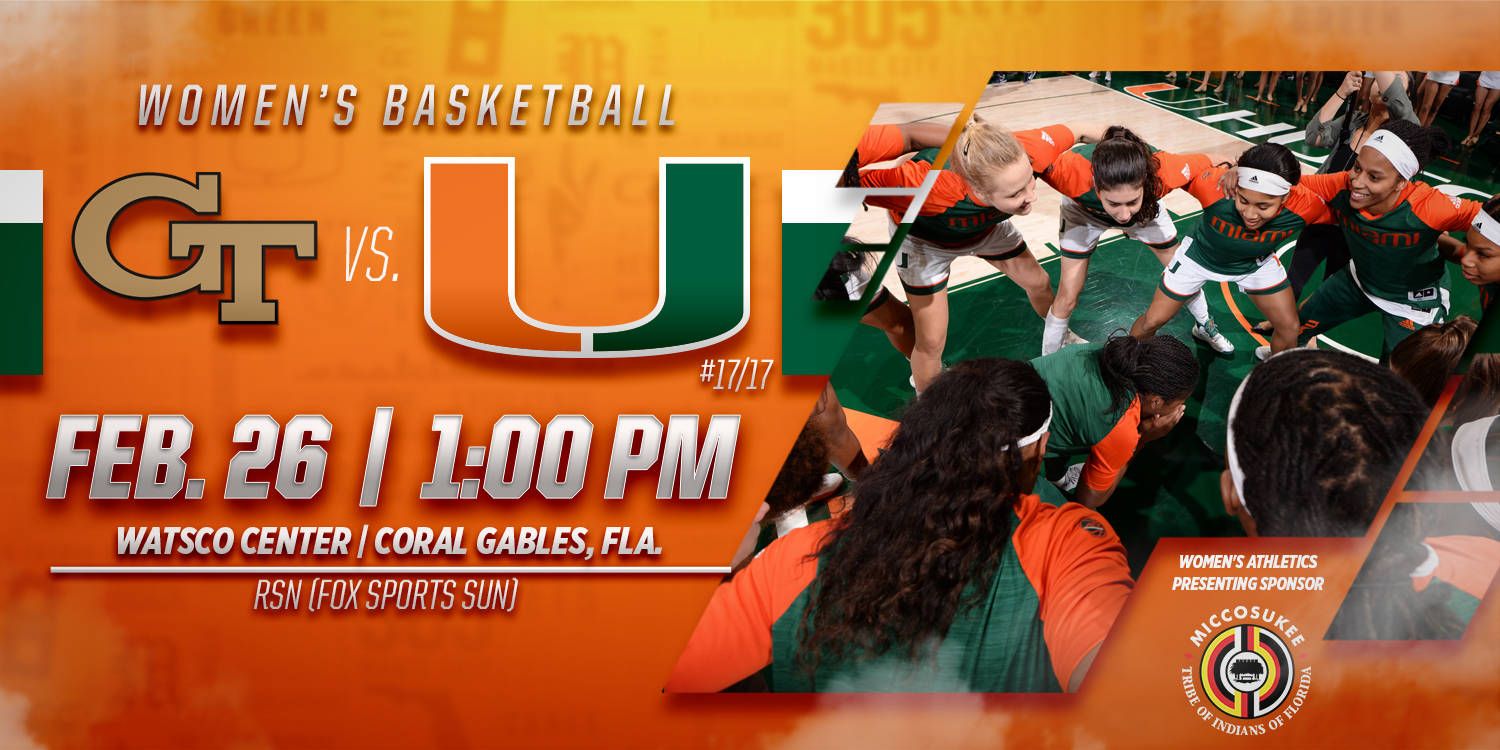 CORAL GABLES, Fla. – The University of Miami women’s basketball team will host Georgia Tech Sunday at 1 p.m., at the Watsco Center in the regular season finale.

The Hurricanes are coming off a 79-69 victory Thursday at Virginia Tech, a triumph that clinched their seventh 20-win season in the past eight years. Motley led all scorers with 26 points, while Hayes added 18 and sophomore forward/center Emese Hof chipped in with 12.

Sunday’s game is set to be broadcast live on RSN (affiliate list HERE) with Evan Lepler and Chelsea Shine on the call, and is available on WatchESPN HERE. The action will also be carried live on WVUM 90.5 FM HERE, while stats for the game can be found HERE.

Miami’s four seniors will be honored before the game as a part of the senior day festivities, as will Jimmy Bowen, a team manager.

In addition, the first 150 students will receive a Miami beach towel and the first 200 students will get an adidas shirt. Team posters and schedule cards will be available at the marketing table by the main entrance.

Following its matchup with the Yellow Jackets, Miami will begin play March 3 at the ACC Tournament in Conway, S.C., where it will be the No. 7 seed.