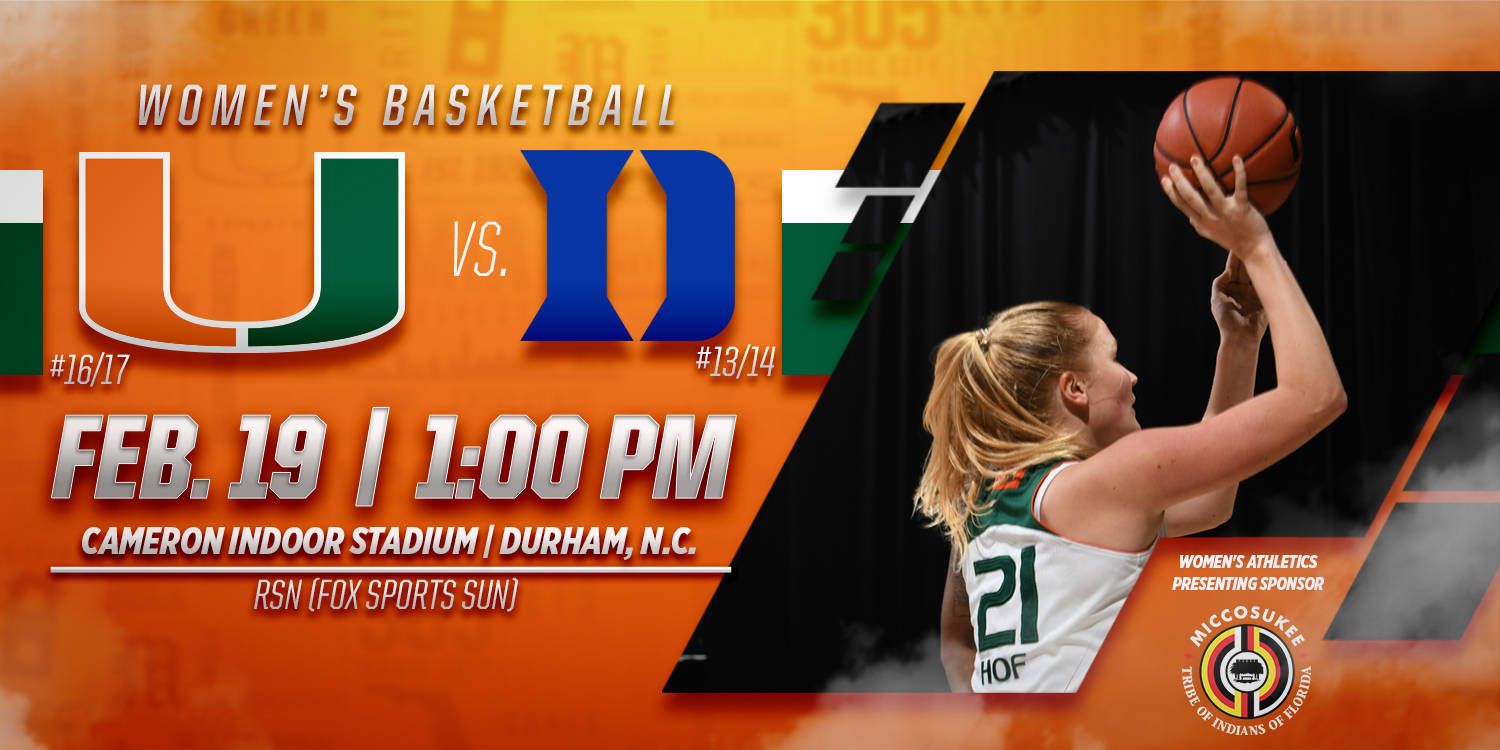 The Hurricanes have a 2-12 all-time record against Duke, but have won two of the past four meetings after dropping each of the first 10. In the most recent matchup, Miami held the Blue Devils to 11 points in the first half, their lowest total ever before the break, en route to a 61-53 home triumph on Feb. 7, 2016.

Miami head coach Katie Meier is a Duke alumna and one of the top players in program history. A member of the Duke Hall of Honor, an ACC Legend and a part of the ACC’s 50th Anniversary Team, Meier was the 1986 ACC Rookie of the Year, a 1990 First Team All-ACC pick and was the first Blue Devil to tally a triple-double.

Duke is 23-4 (11-3 ACC) on the season, its 23rd straight 20-win campaign, and sits in third place in the conference after winning six games in a row. The Blue Devils are led by redshirt junior guard Lexie Brown, whose 17.8 points per game rank fourth in the ACC.

The Blue Devils were picked sixth in the ACC preseason poll after finishing 20-12 (8-8) in 2015-16 and having their NCAA Tournament streak snapped at 21 years in a row.

Sunday’s contest will be broadcast live on RSN (affiliate list HERE) with Tome Werme and LaChina Robinson on the call, and is available on WatchESPN HERE. The action will also be carried live on WVUM 90.5 FM HERE, while stats for the game can be found HERE.

Following its game in Durham, Miami’s next contest will be its road finale, set for Feb. 23 at 7 p.m., against Virginia Tech in Blacksburg, Va.