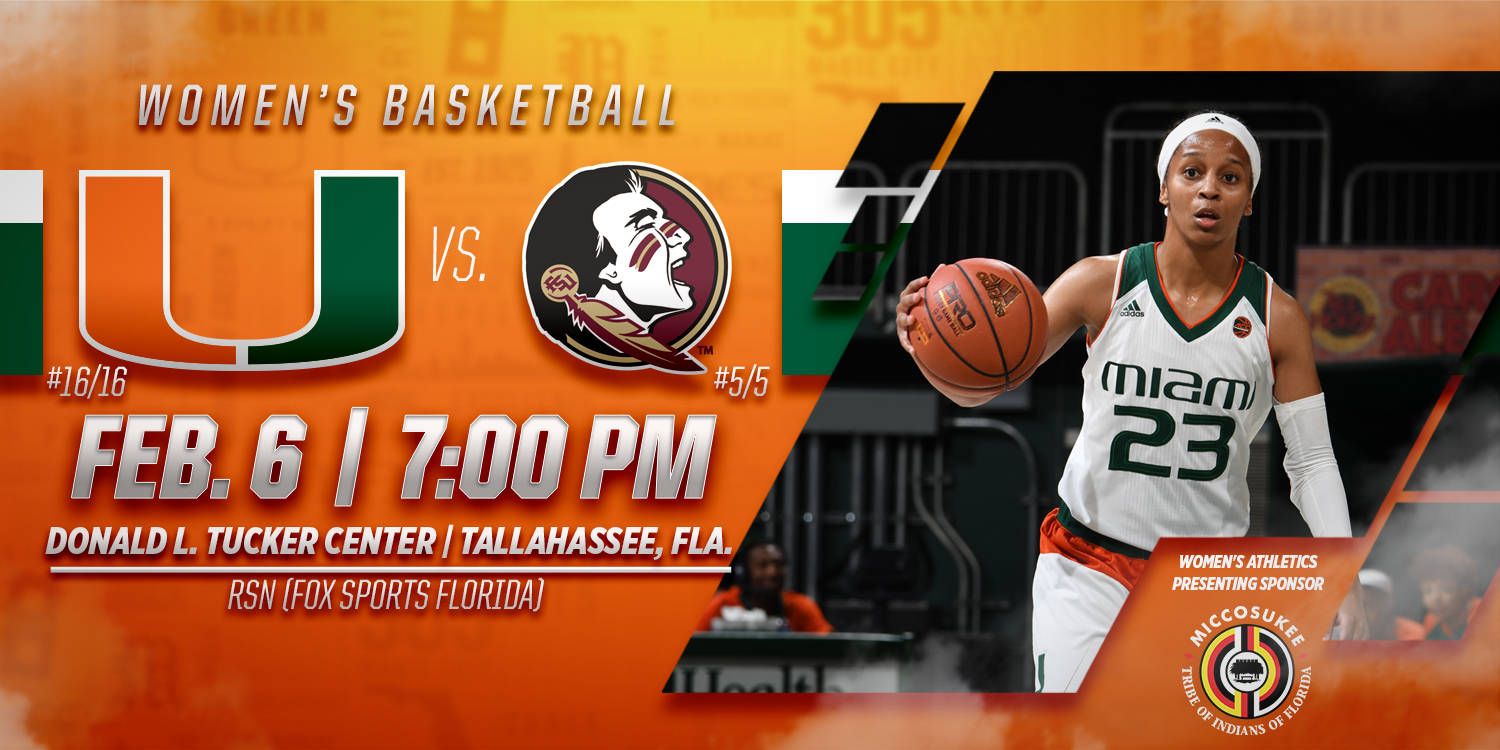 CORAL GABLES, Fla. – The University of Miami women’s basketball team will play its ninth game of the season against a ranked opponent Monday night in Tallahassee, Fla.

In Miami’s last game, it posted a 79-56 road triumph at Wake Forest Thursday night, giving head coach Katie Meier the 300th victory of her 16-year career. Jessica Thomas led the way with 20 points for the Hurricanes, who outscored Wake Forest by 23 in the second half, including by 18 in the third period.

Florida State is 21-2 (9-1 ACC) on the season and has won each of its last eight outings. Five Seminoles average at least nine points per game, with junior forward Shakayla Thomas’ 14.3 leading the way.

Coming off a 25-8 (13-3 ACC) campaign in which it reached the Sweet 16 for the second straight season, Florida State was picked third in this year’s ACC preseason poll.

The Hurricanes’ matchup with the Seminoles will be broadcast live on RSN (affiliate list HERE) with Jenn Hildreth and Debbie Antonelli on the call, and is available on WatchESPN HERE. The action will also be carried live on WVUM 90.5 FM HERE, while stats for the game can be found HERE.

Following its game in Tallahassee, Miami will return home for back-to-back games at the Watsco Center, first hosting Virginia Feb. 9 at 7 p.m.