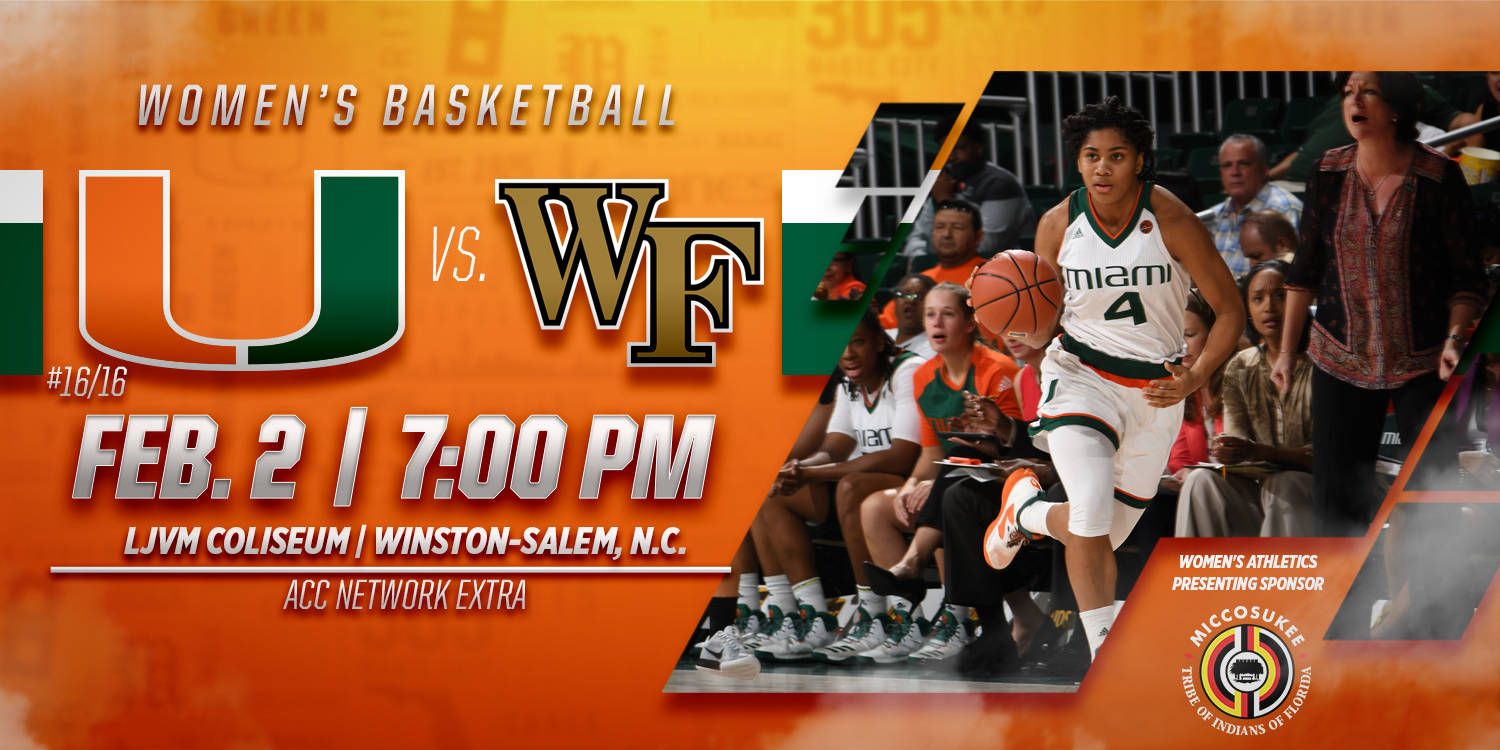 The Hurricanes have a 9-8 all-time mark against Wake Forest, winning six of the last eight matchups, including four of the past five. Most recently, Miami earned a 71-60 home triumph on Jan. 14, 2016.

In their last outing, the Hurricanes notched a 58-51 victory against Boston College Sunday at the Watsco Center. Miami, led by 15 points apiece from sophomore guard Laura Cornelius and senior guard Jessica Thomas, closed the game on a 10-2 run to seal the win.

Wake Forest heads into Thursday night’s contest with a 13-8 (4-4 ACC) record in 2016-17. Sophomore forward Elisa Penna is the team’s leading scorer at 14.3 points per game. Senior forward Milan Quinn is one of two ACC players averaging a double-double, as she posts 11.2 points and a conference-best 10.2 rebounds per game.

The Demon Deacons, who are in the receiving votes section of the USA TODAY Coaches Poll, were picked No. 11 in the ACC preseason poll after finishing last year with a 17-16 (6-10 ACC) record.

Miami’s outing in Winston-Salem will be broadcast live on ACC Network Extra HERE, as well as carried live on WVUM 90.5 FM HERE. Live stats for the game can be found HERE.

The Hurricanes’ second game of the month will take place Feb. 6 at 7 p.m., in Tallahassee, Fla., when they take on No. 6/5 Florida State.