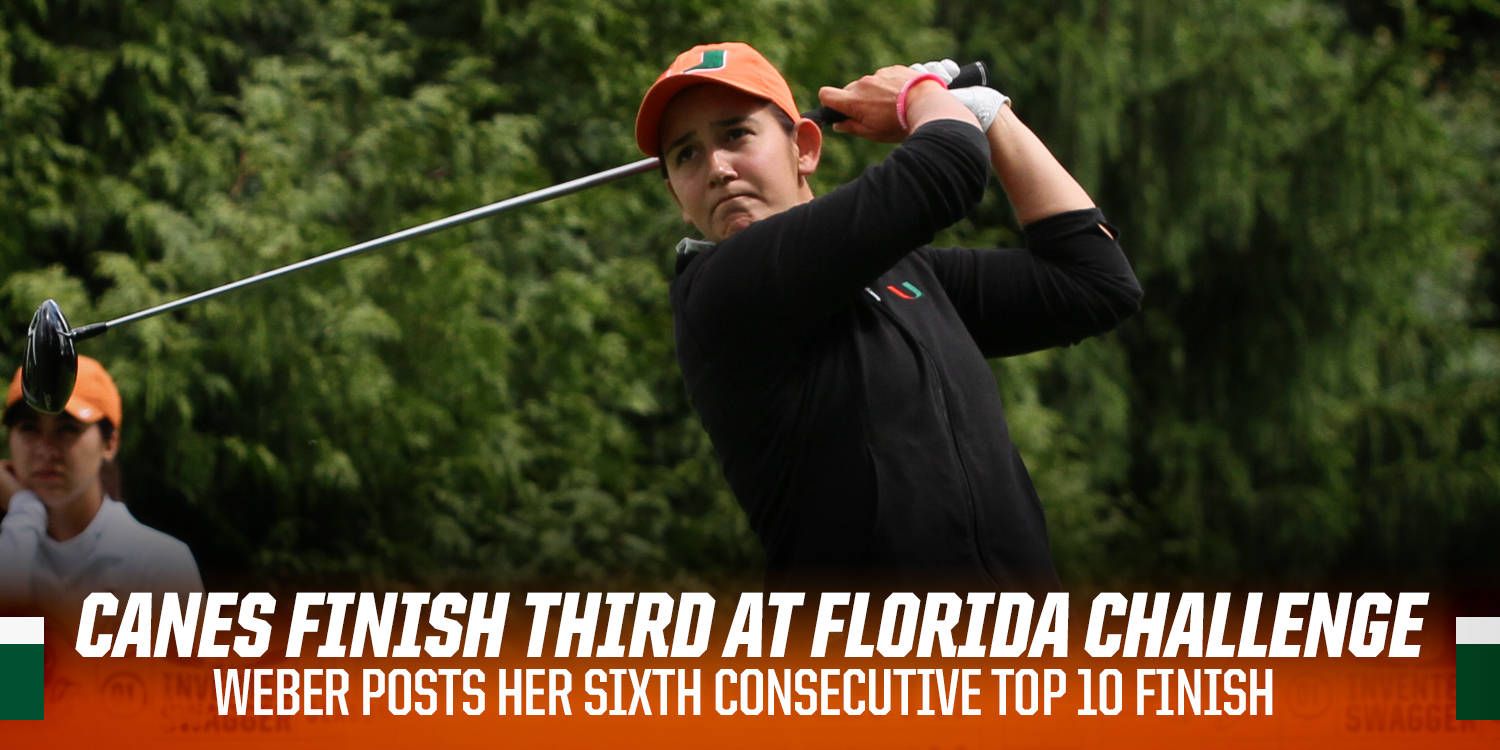 LECANTO, Fla. – The No. 14-ranked University of Miami women’s golf team opened the spring portion of its 2016-17 schedule on Monday with a third-place showing at the Florida Challenge.

“This was a great warm up for us,” head coach Patti Rizzo said. “We know where we are at now and we know what we need to do for next week. We feel really positive heading into next week.”

The Hurricanes opened the tournament strong as they posted a first round score of 301 and were tied with Florida, heading into round two. Miami closed round two with a team score of 301 and finished the event with a two-round tally of 602.

Sophomore Dewi Weber and freshman Renate Grimstad led the way for the Hurricanes as both tied for sixth, posting two-round totals of 148.

Weber’s top 10 finish marked the sixth consecutive tournament she has finished in the top 10, dating back to last season. Grimstad’s finish was a season best.

Senior Delfina Acosta also turned in a strong performance as she tied for 14th (151).

Florida captured the team title with a two-round total of 582.

Miami returns to action on Sunday, Feb. 5 as it travels to Orlando for the 2017 UCF Challenge.