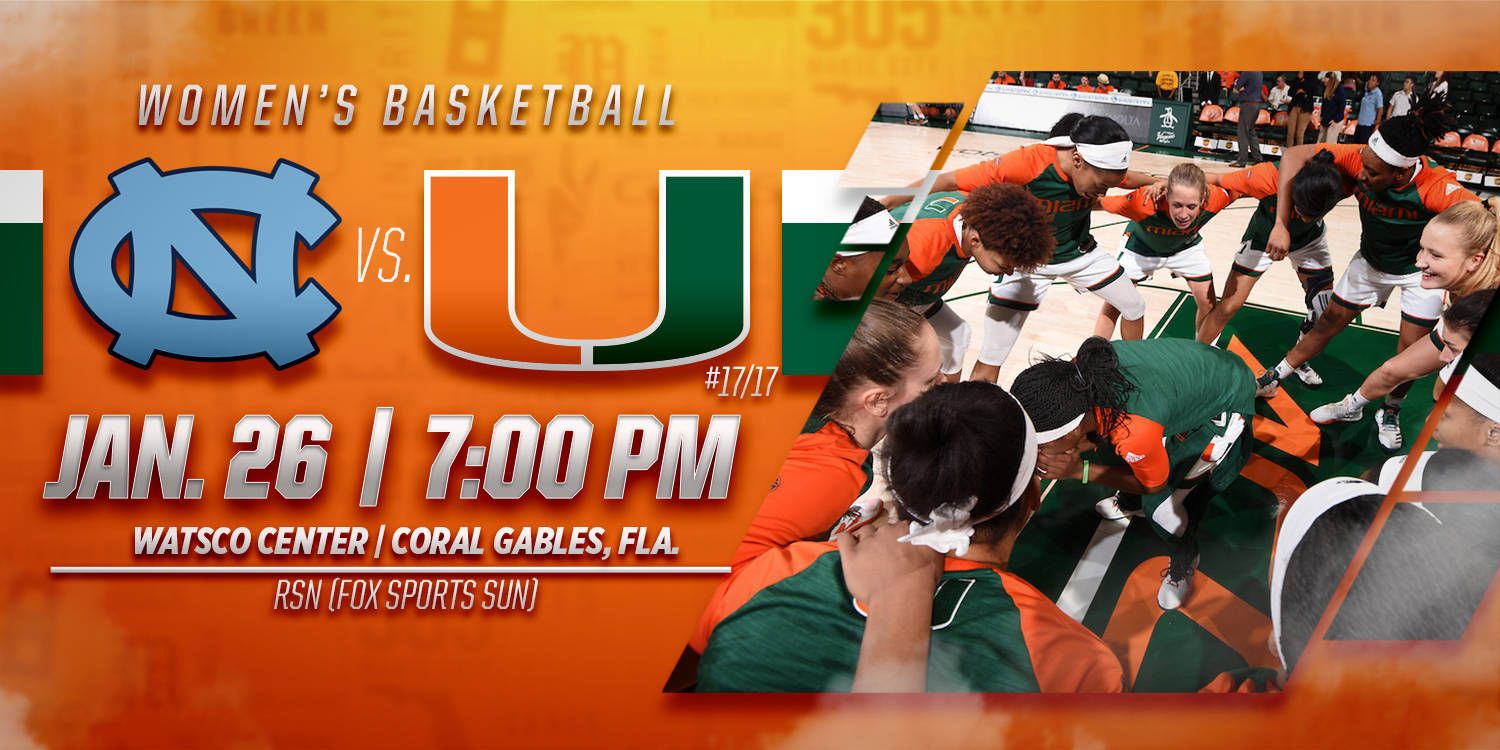 CORAL GABLES, Fla. – After two full weeks without a home game, the University of Miami women’s basketball team will host North Carolina Thursday at 7 p.m., at the Watsco Center.

Miami is coming off back-to-back defeats for the first time all season, after dropping an 81-48 decision Sunday at RV/No. 24 Syracuse. Senior guard Adrienne Motley and sophomore forward/center Emese Hof scored 12 points apiece to lead the Hurricanes.

The contest between Miami and North Carolina will be broadcast live on RSN (affiliate list HERE) with Tom Werme and Chelsea Shine on the call, and is available on WatchESPN HERE. The action will also be carried live on WVUM 90.5 FM HERE, while stats for the game can be found HERE.

Thursday will be Dutch Night at the Watsco Center. Fans who purchased a ticket in conjunction with the event can pick up their Dutch scarves before the game, while there will be a postgame autograph session with Hof and sophomore guard Laura Cornelius, both of whom hail from the Netherlands, after the game. To learn more or purchase the $10 tickets, visit the Hurricanes Special Events page HERE.

In addition, students who attend the game will receive a voucher for early entry to the Miami men’s basketball team’s game against No. 9/6 North Carolina Saturday at 1 p.m.

There will be a chalk talk for season ticket holders in the Hurricane 100 Room at 5:30 p.m. Team posters and schedule cards will be available at the marketing table by the main entrance.

Following its matchup with the Tar Heels, Miami will host Boston College Sunday at 1 p.m., in its final game of the month.