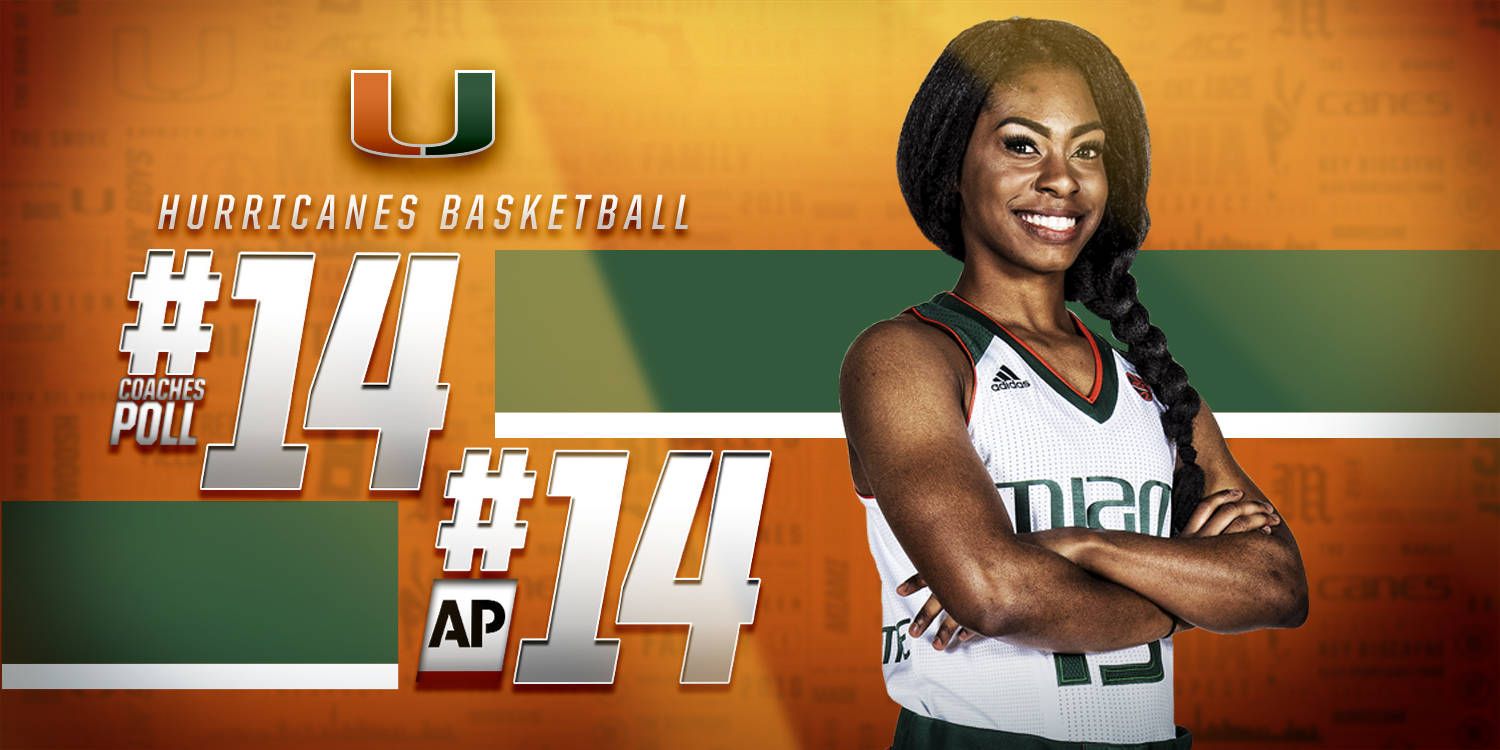 CORAL GABLES, Fla. – For the third consecutive week, the University of Miami women’s basketball team checks in at No. 14 in both national polls.

Miami (14-14, 3-3 ACC) picked up points in both the Associated Press Poll, released Monday, and the USA TODAY Coaches Poll, released Tuesday, but stayed at No. 14 in each.

Miami earned 13 more points in the AP balloting this week than it did last week, tallying 401. It is the fifth time this season 12th-year head coach Katie Meier’s team has earned over 400 points in the AP voting. Five writers placed the Hurricanes in the top 10, including one casting a vote for Miami in the ninth position.

In the Coaches Poll, Miami registered 368 points, a 31-point increase over its total from last week. The Hurricanes are tied with Texas in the No. 14 spot.

For the third week in a row, eight ACC teams are ranked in the top 25 of the Coaches Poll. Six of them place among the top 16 in the nation.