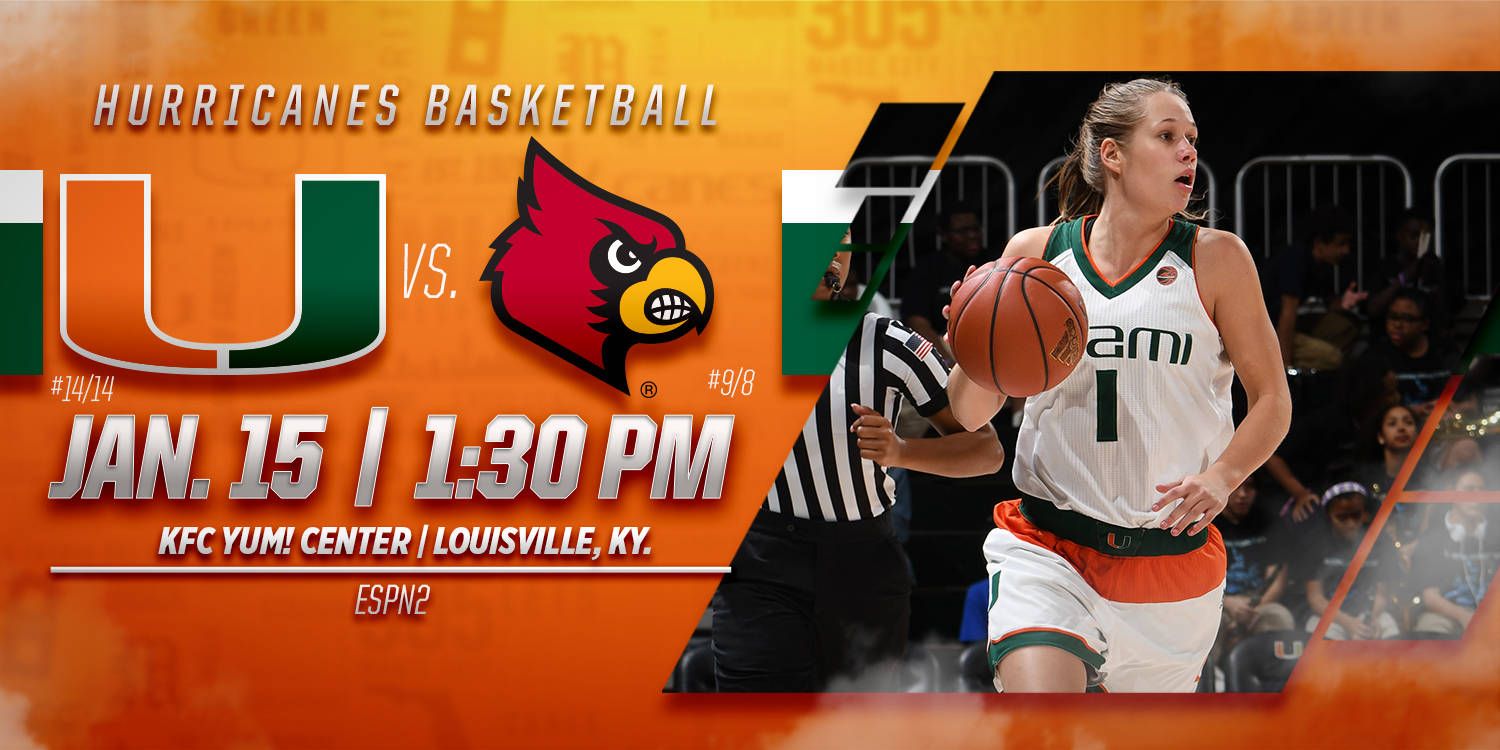 @CanesWBB Travels to Take on No. 9/8 Louisville

Louisville has a 2-1 edge in the all-time series against Miami and has won both meetings in ACC play, the lone two matchups since 1990. In the most recent game between the two sides, then-No. 10 Louisville earned a 79-51 road win on Feb. 25, 2016.

Miami enters Sunday’s contest coming off its third top-25 win of the season, its most in a campaign since 2011-12. The Hurricanes picked up an 82-75 home triumph against No. 15/16 Virginia Tech, giving the Hokies their first loss of the year.

Louisville is 15-4 (3-2 ACC) on the season thus far. Sophomore guard Asia Durr averages 17.5 points per game to lead a trio of Cardinals averaging over a dozen points. Junior forward Myisha Hines-Allen, the ACC Preseason Player of the Year, is averaging 13.2 points and a team-best 9.2 rebounds per game.

The Cardinals were tabbed third in the ACC preseason poll after they posted a 26-8 (15-1 ACC) campaign and reached the second round of the NCAA Tournament in 2015-16.

The matchup between the Hurricanes and Cardinals will be broadcast live on ESPN2 with Beth Mowins and Debbie Antonelli on the call, and is available on WatchESPN HERE. The action will also be carried live on WVUM 90.5 FM HERE, while stats for the game can be found HERE.