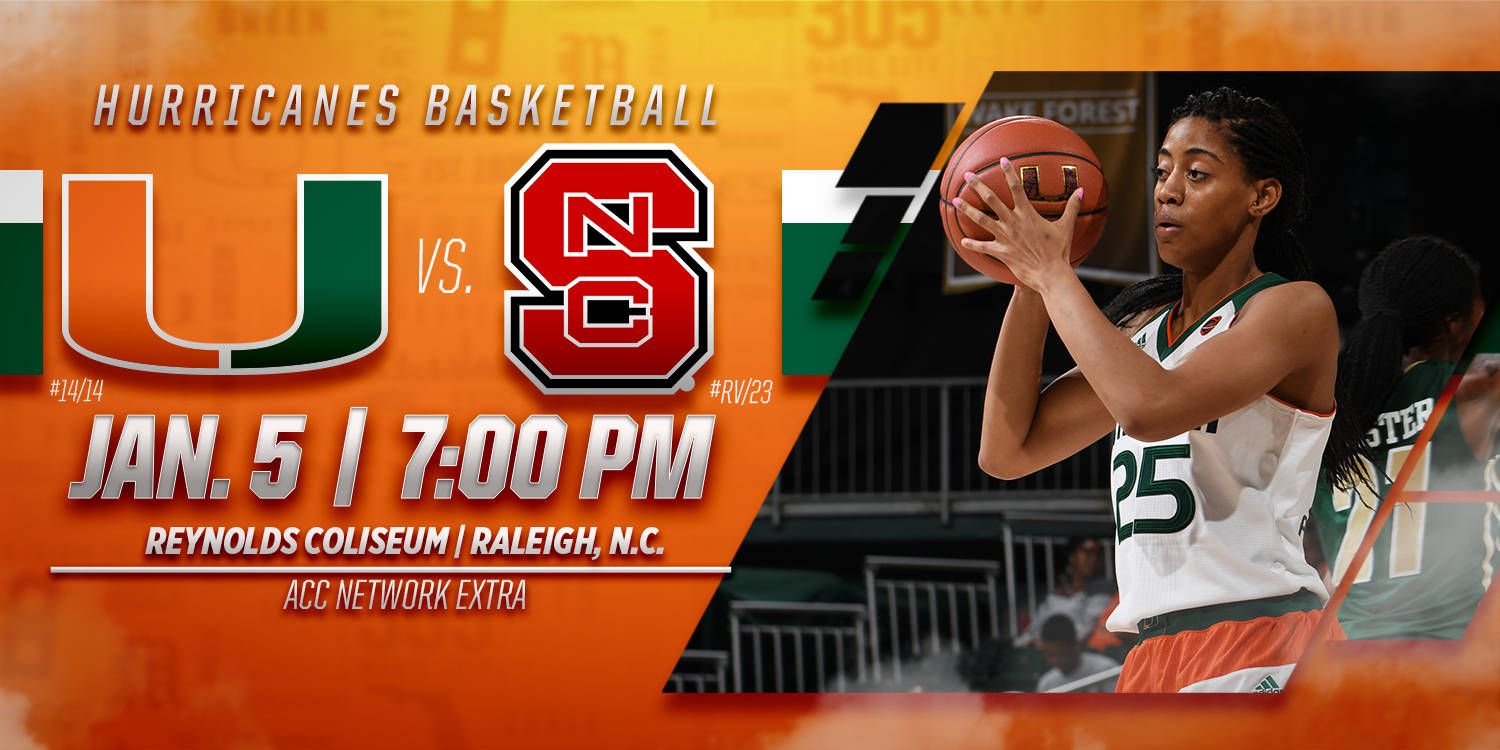 In the first game of 2017, the Hurricanes recorded an impressive 82-50 victory at Pittsburgh Monday night. Miami led by 20-plus points for the entire second half and shot a season-best 52.5 percent from the floor.

Sophomore guard Laura Cornelius paced the Hurricanes with a career-high 24 point, shooting 8-of-8 from the field and 6-of-6 from 3-point range. It was the second time she has hit six 3-pointers without a miss—something no other Hurricane has done even once—joining last year’s game against the Wolfpack.

The contest between Miami and NC State will be broadcast live on ACC Network Extra HERE, as well as carried live on WVUM 90.5 FM HERE. Live stats for the game can be found HERE.

After taking on the Wolfpack, Miami will return home to host No. 7/6 Notre Dame Sunday at 3 p.m., at the Watsco Center in a game that will be televised on ESPN2.