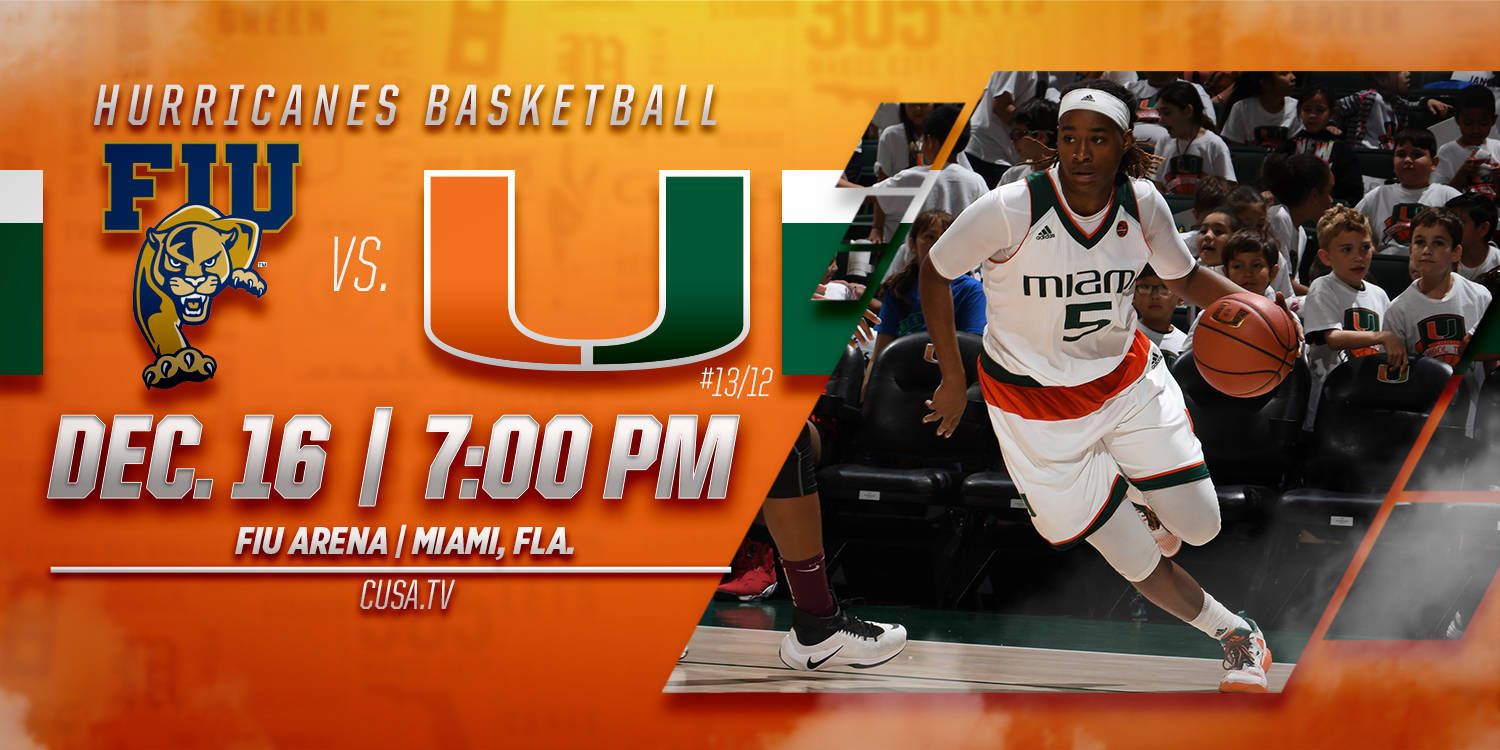 CORAL GABLES, Fla. – After a nine-day break from competition due to final exams, the University of Miami women’s basketball team returns to the court Friday night when it makes the short trip to Miami to play FIU.

Miami has won eight consecutive games, including posting a season-best 38-point triumph over Loyola Chicago in its most recent outing. Senior guard Nigia Greene’s season-high 14 points led the Hurricanes to a dominant 81-43 victory in which Miami outscored the Ramblers by 21 points, 29-8, in the third period.

FIU is 1-6 thus far in 2016-17 and is led in scoring by freshman guard Alexis Gordon, who is posting 12.0 points per game. The Panthers, coming off a 5-26 (2-18 C-USA) campaign last year, were picked to finish last in the Conference USA preseason poll.

The action between the Hurricanes and Panthers will be broadcast live on the C-USA Digital Network HERE, as well as carried live on WVUM 90.5 FM HERE. Live stats for the game can be found HERE.

After taking on FIU, the Hurricanes head back home to host the Miami Holiday Tournament at the Watsco Center Dec. 19-20 and will face Coppin State at 5 p.m., in their first game.