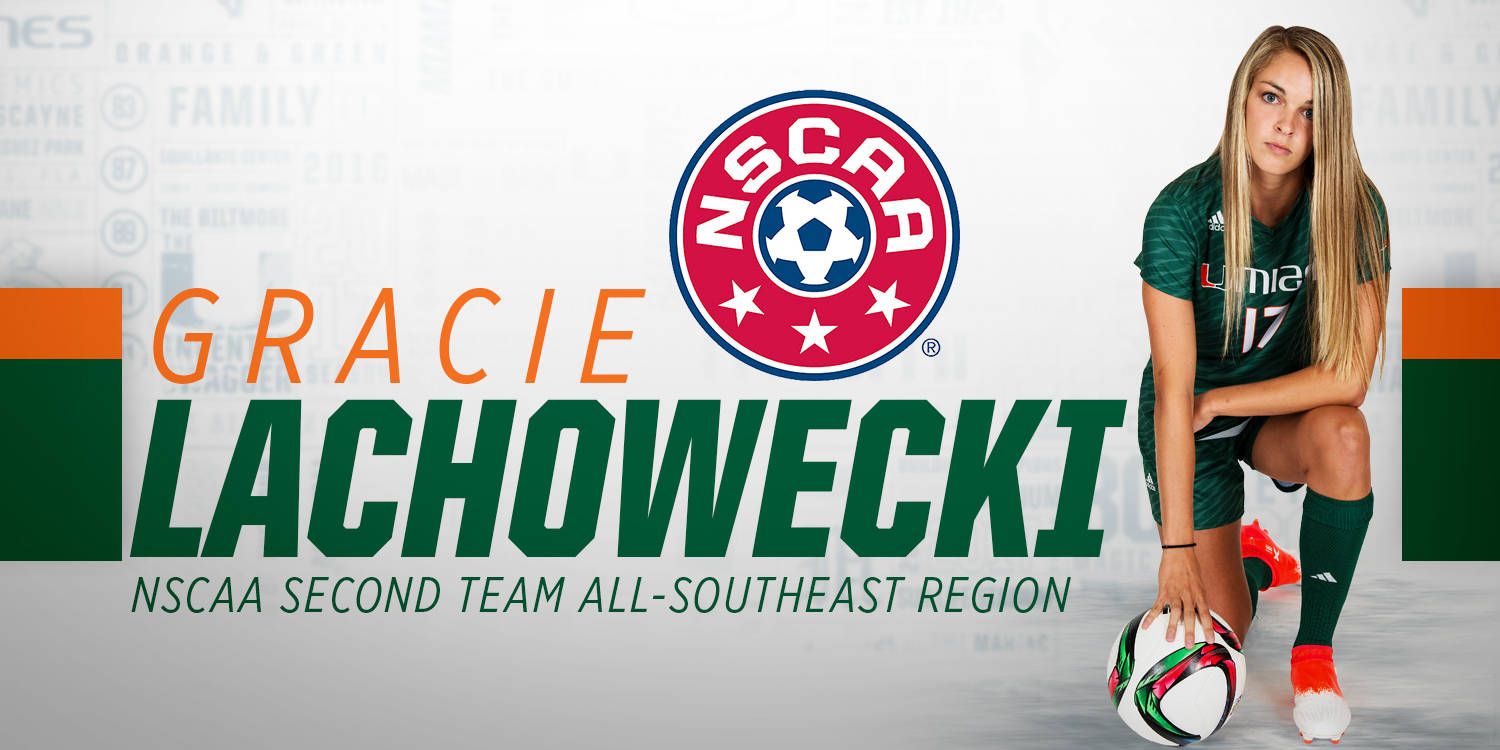 A senior forward, Lachowecki is the fifth player in program history to garner NSCAA all-region honors and the first since Kate Howarth was a third team choice in 2011. She joins Deidre Bass (2001) as the lone Hurricanes to earn second team recognition.

“Gracie deserves this honor and she continues to amaze me,” Miami head coach Mary-Frances Monroe said. “I am so proud of her. She had a wonderful season this fall. She has had a great year with so many accolades. We will miss Gracie next year.”

Lachowecki logged 25 points, 11 goals and three assists during her final campaign at Miami, leading the Hurricanes in each of the first two categories.

Currently, Lachowecki ranks third in the ACC in both goals per game (0.58) and points per game (1.32). She is one of 25 ACC players among the 33 all-region selections.

Lachowecki concluded her Miami career ranking third all-time in goals (24) and fourth in points (54). She is the lone Hurricane to record double-digit goals in multiple seasons, as she tallied 12 in 2015, en route to Second Team All-ACC accolades.