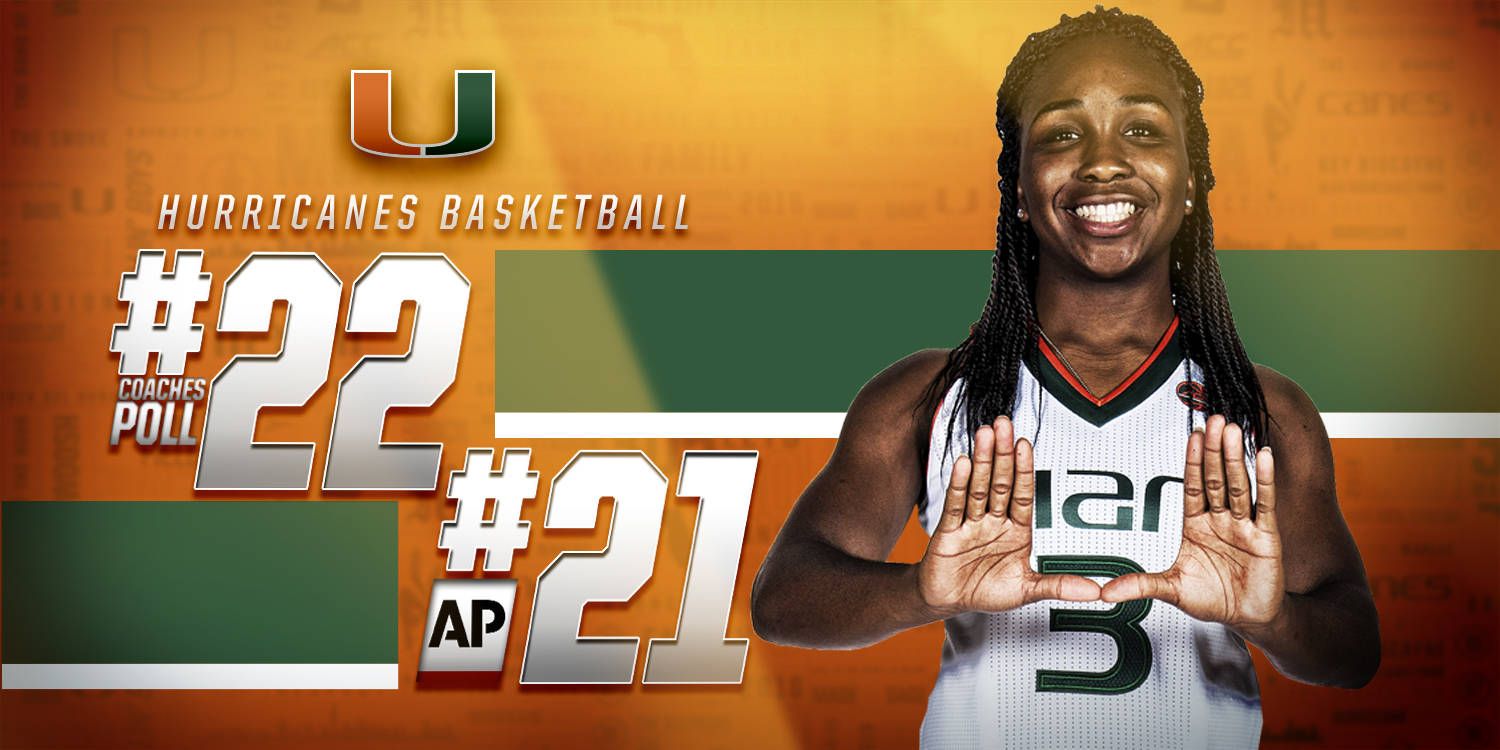 @CanesWBB Moves up One Spot in AP Top 25

Despite remaining in the same spot in the Coaches Poll this week, Miami did garner an additional 36 points in the balloting.

The Hurricanes are coming off a 2-0 week that included a 34-point home win over Charlotte and a 12-point road victory at St. John’s. Against the Red Storm, Miami played without sophomores Laura Cornelius and Emese Hof, who were with the Dutch National Team for 2017 FIBA EuroBasket Qualifiers.

Miami is one of five ACC teams ranked in the top 25 of both polls, alongside top-ranked Notre Dame, fourth-ranked Louisville, No. 10/9 Florida State and No. 11/18 Syracuse.

Twelfth-year head coach Katie Meier and the Hurricanes will be back on the court Friday at 4 p.m., when they host Grambling State in their Miami Thanksgiving Tournament opener.