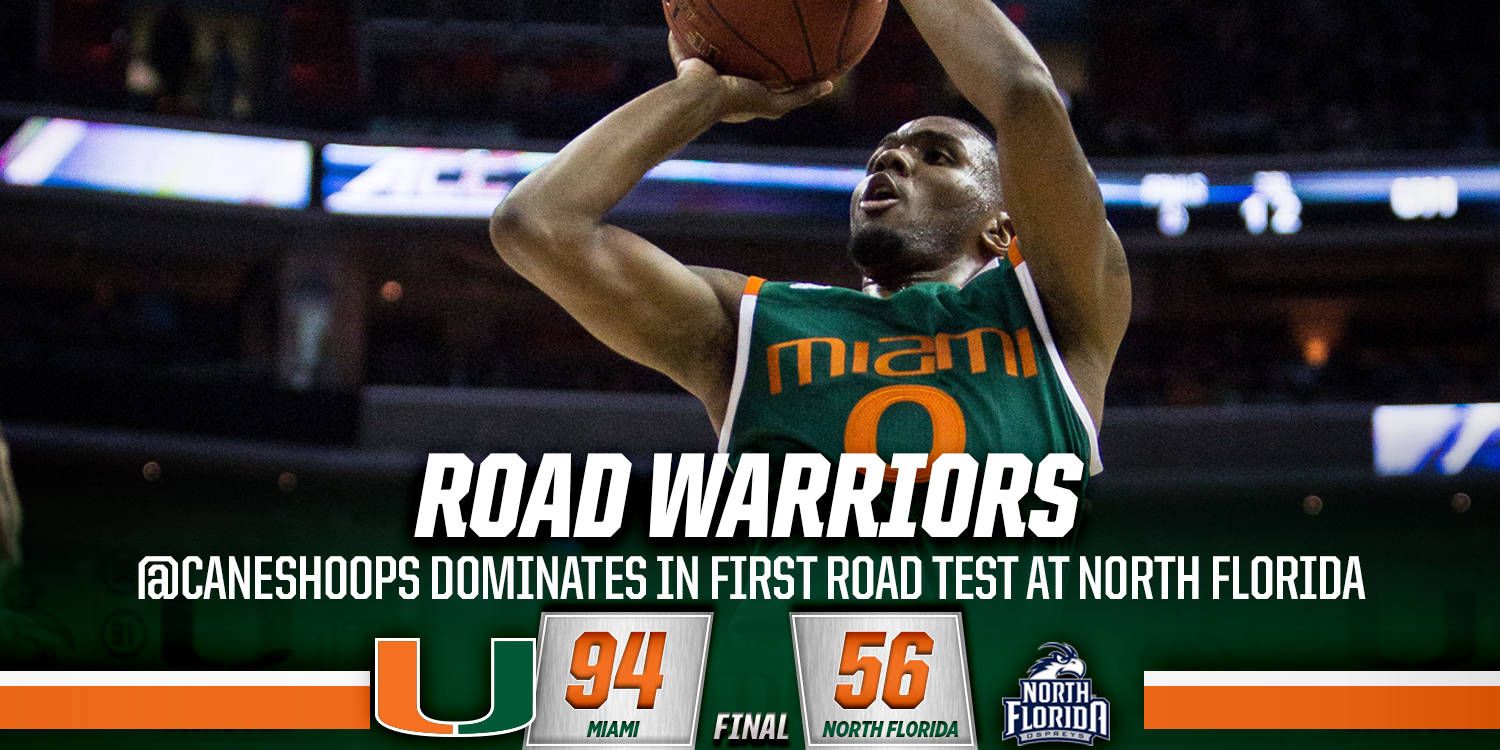 With 11:07 remaining in the first half, the Hurricanes led the Ospreys by five points, 21-16. Following a lay-up by freshman Bruce Brown, Miami went on a 38-4 run and took a 39-point lead with 15:40 remaining in the second half.

Heading into the break, Reed led the Hurricanes with 13 points, while Ja’Quan Newton recorded five assists.

After starting the game 0-3 from the field, Newton finished the game 7-10, scoring 16 points to go along with a career-high seven assists.

After opening his career against Western Carolina with 13 points and seven rebounds, freshman Dewan Huell tallied 15 points and eight rebounds off the bench.

Dallas Moore led the attack for North Florida, scoring 12 points while Wajid Aminu (11) and Garrett Sams (10) scored double-digits coming off the bench.
Following tonight’s victory, the Hurricanes will return to the Watsco Center, Saturday at 4 p.m. against Penn.