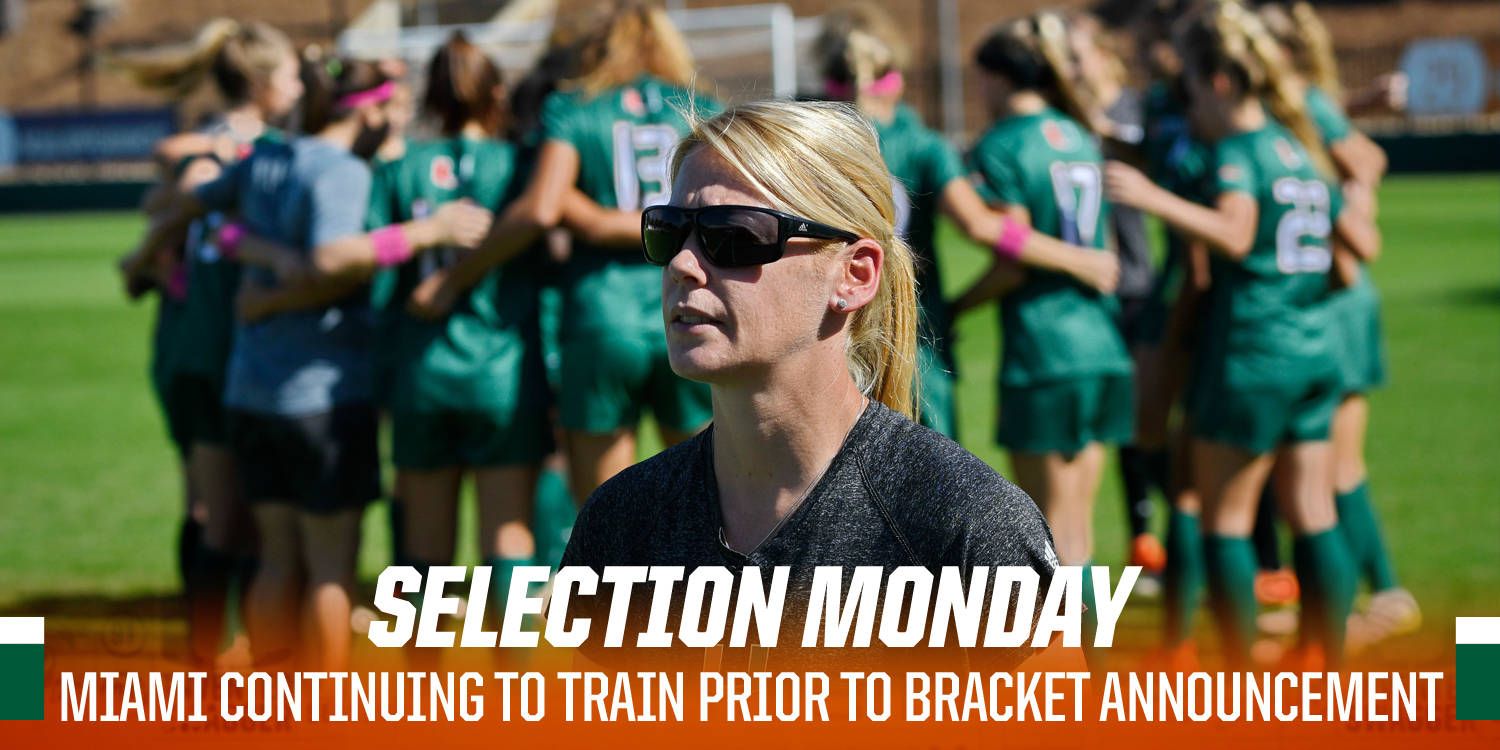 As the Hurricanes await word on whether they have reached the tournament, they continue to practice and prepare for potential postseason action.

Miami set a program record with five conference victories this season, including notching wins over second-ranked Virginia and No. 25 Virginia Tech.

The Hurricanes were picked to finish last in the ACC preseason poll, but came in seventh place and went to penalty kicks on the road at No. 14 Clemson in the ACC Championship quarterfinals.

Led by fourth-year head coach Mary-Frances Monroe, Miami conceded multiple goals just three times in 19 matches and has scored more than twice as many goals (33) as it has allowed (16), despite playing seven matches—including five on the road—against top-25 teams.

Since the first full year of ACC women’s soccer in 1987, all 147 teams to finish at least .500 in conference play have reached the NCAA Championship.

The Hurricanes will gather together Monday to watch the live broadcast of the selections. Fans can also tune in for the announcement, which will be shown HERE.