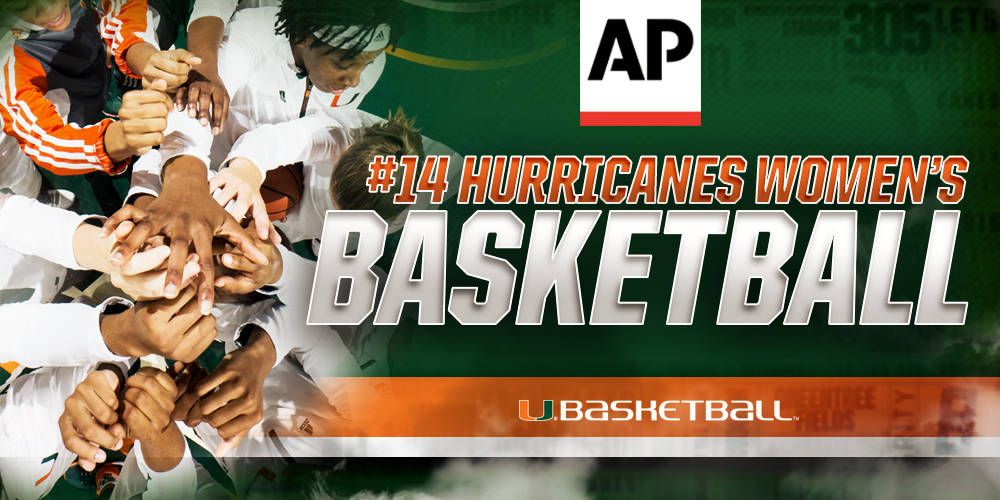 The Hurricanes are tied with Syracuse, the reigning NCAA runner-up, at the No. 14 position in the rankings.

Miami appeared on all 33 ballots, placing below No. 19 on just two of them and checking in as high as No. 11 in the country. The Hurricanes earned 328 points in the voting, 43 more than No. 16 Oklahoma.

Five ACC schools are in the top 15 of the preseason AP Poll, including Notre Dame checking in at No. 1 on the list. Two other teams in the conference are mentioned in the receiving votes category.

The Hurricanes are scheduled to play seven games against teams in the top 20, with five of them coming on the road. Including the receiving votes section, Miami has nine contests versus teams earning points in the preseason AP Poll balloting and seven of those are true road games.

Head coach Katie Meier directed the Hurricanes to a 24-9 (10-6 ACC) record in 2015-16. The Hurricanes earned their seventh consecutive postseason berth and played in the NCAA Tournament for the fifth time in the past six years.

Miami returns 10 of 11 letter winners from last season and has four newcomers who will be eligible in 2016-17.

The Hurricanes open the season at the Kentucky Classic in Lexington, Ky., facing No. 19/19 Kentucky Nov. 11 and then Albany two days later, with both games set for 7 p.m.