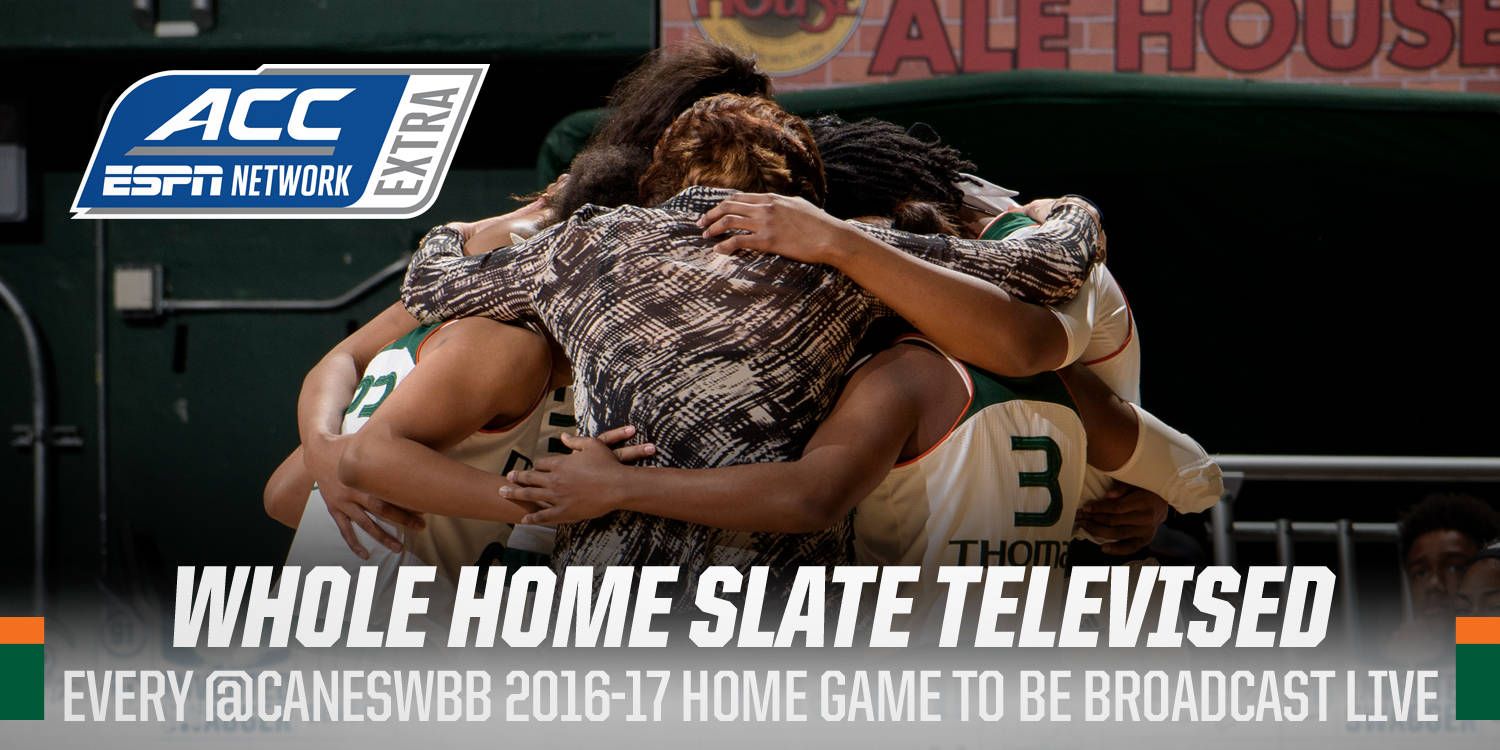 All 15 @CanesWBB Home Games to be Televised

CORAL GABLES, Fla. – Each one of the University of Miami women’s basketball team’s 15 home games in 2016-17 will be televised live.

Every contest will be carried on ACC Network Extra, with two matchups also shown on RSN. A third game has an ESPN Flex option to be shown live on ESPN2.

“I am glad that all of our home games will once again be televised this season,” Miami head coach Katie Meier said. “In addition, I am proud to be at a school that makes such an amazing commitment to broadcasting and showcasing our program.”

This is the second consecutive year in which every single home Miami women’s basketball game will be broadcast live.

The Hurricanes’ first-ever ACC Network Extra broadcast will come in their home opener, Nov. 16 at 7 p.m., against Charlotte.

Home games against North Carolina (Jan. 26, 7 p.m.) and Georgia Tech (Feb. 26, 1 p.m.) will be televised on RSN. Miami’s matchup against three-time reigning ACC champion Notre Dame, which is set for Jan. 8 at 3 p.m., is the ESPN Flex game, meaning it will be on ESPN2 or ACC Network Extra.

“We play an exciting style of basketball that I know fans across the country will enjoy having the chance to watch,” Meier said.

The Hurricanes open their season at the Kentucky Classic in Lexington, Ky., facing the host Wildcats Nov. 11 at 7 p.m., and then meeting Albany two days later, also at 7 p.m.