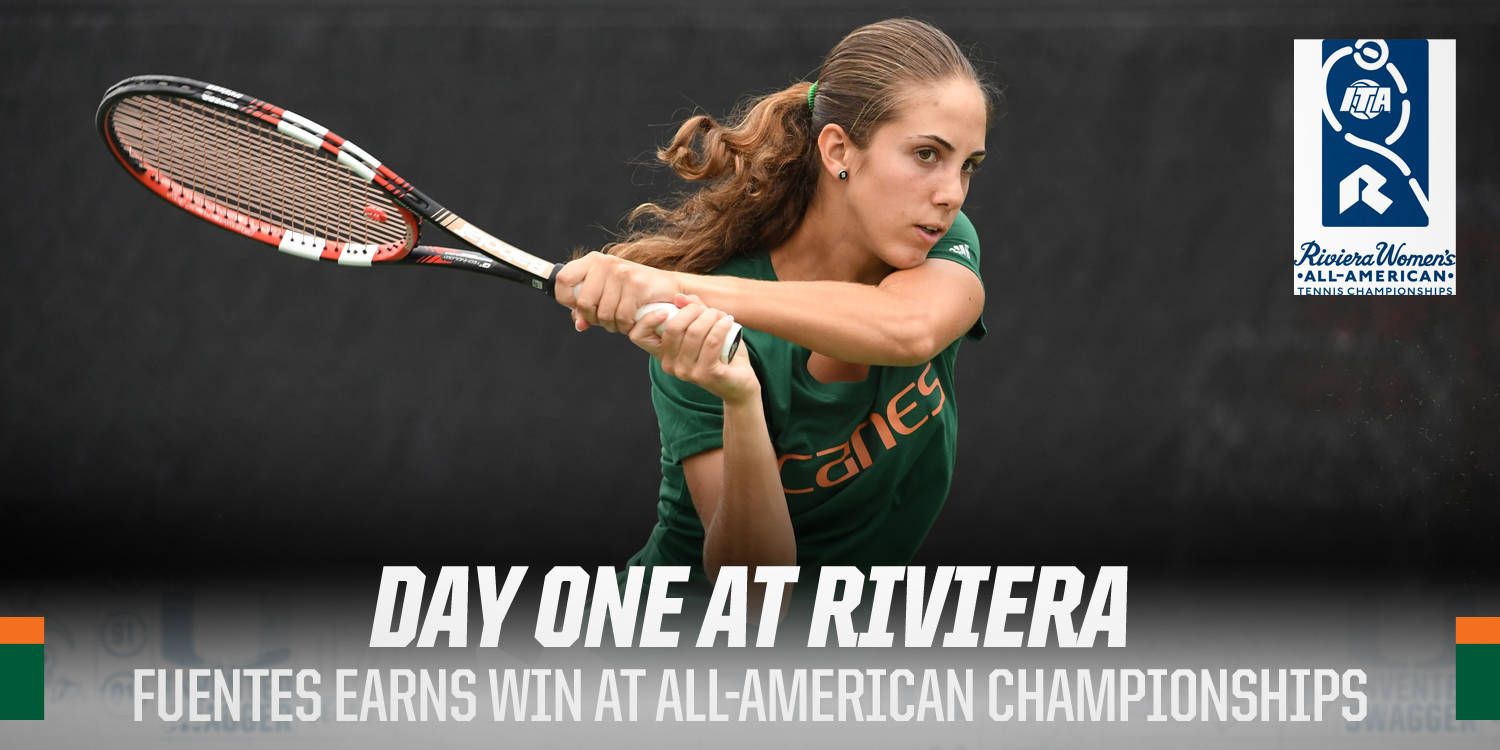 Held at the Riviera Tennis Club, the tournament is one of the nation’s premier events and features hundreds of top players from across the country. This was the first year Fuentes has played in the prestigious competition, while it is the fourth time Epstein has participated.

“We came up a bit short in some areas and did not trust our gut in others,” Miami associate head coach Laura Vallverdu said. “That combination is not good in third sets. We have to come back home and keep getting stronger physically, mentally and emotionally.”

With a spot in Sunday’s pre-qualifying final on the line, Fuentes met No. 9-16 seed Marie Leduc of Clemson, the No. 10 player in the ITA’s national newcomer/freshmen rankings, and this time came up short in a three-set match, falling, 2-6, 6-4, 4-6.

In her consolation matchup, Epstein played another nationally-ranked opponent in No. 114 Seda Arantekin of TCU. The match went similarly to the earlier one, as Epstein dropped a first-set tiebreaker, won the second set and then dropped the decisive set, coming up just short, 6-7 (4-7), 6-4, 1-6.

With Miami’s participants finished in pre-qualifying at the Riviera/ITA Women’s All-American Championships, the next action will come when the qualifying singles draw begins Tuesday. Redshirt sophomore Yolimar Ogando, ranked No. 32, is set to compete then.

Additionally, junior Sinead Lohan, ranked fifth in the nation, is scheduled to begin play when the main draw starts Thursday.