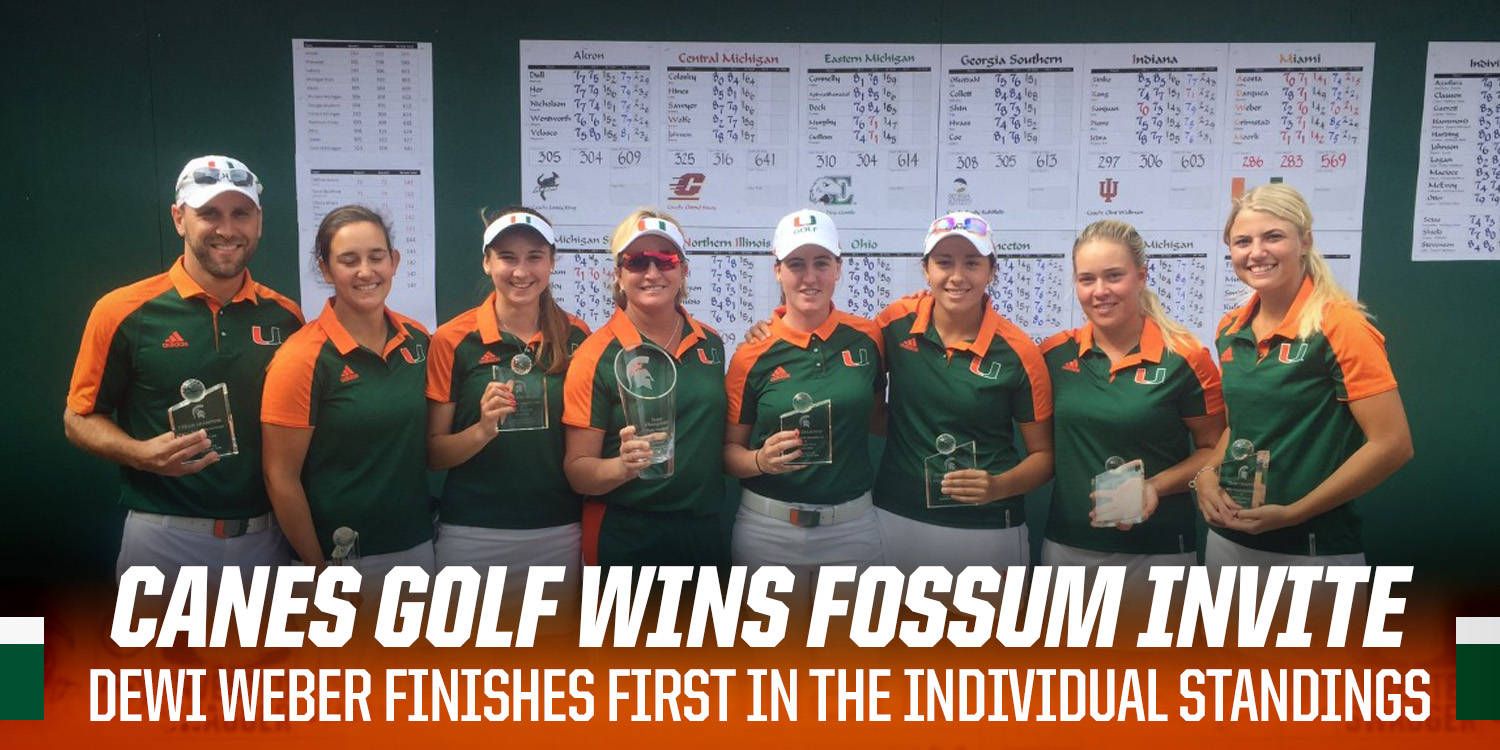 EAST LANSING, Mich. – The University of Miami women’s golf team concluded competition at the 2016 Fossum Invitational in dominant fashion, Sunday afternoon. With a three-round total of 860 (-4), the Hurricanes finished as the tournament champions holding a 40 stroke lead over second place Princeton.

With the tournament win, the Hurricanes finished in the top five for the 30th time while winning their fourth tournament under head coach Patti Rizzo.

Sophomore Dewi Weber won the tournament with a total score of 212 (-4). Weber was one of four Hurricanes to finish in the top 10.

Weber finished Sunday, two-under-par to surpass Michigan State’s Sarah Burnham and teammate Delfina Acosta to collect her first career tournament win. She carded rounds of 72, 70 and 70 (212) and tallied eight of the Hurricanes 38 birdies over the course of the weekend.

Acosta finished the weekend in third with a score of 215 (-1) tallying seven birdies.

In her collegiate debut, Filippa Moork finished fourth in the standings after posting an impressive score of 217 (+1) and eight birdies.

Miami returns to action on Sunday, Oct. 9 at the 2016 Jim West Challenge in Houston, Texas.