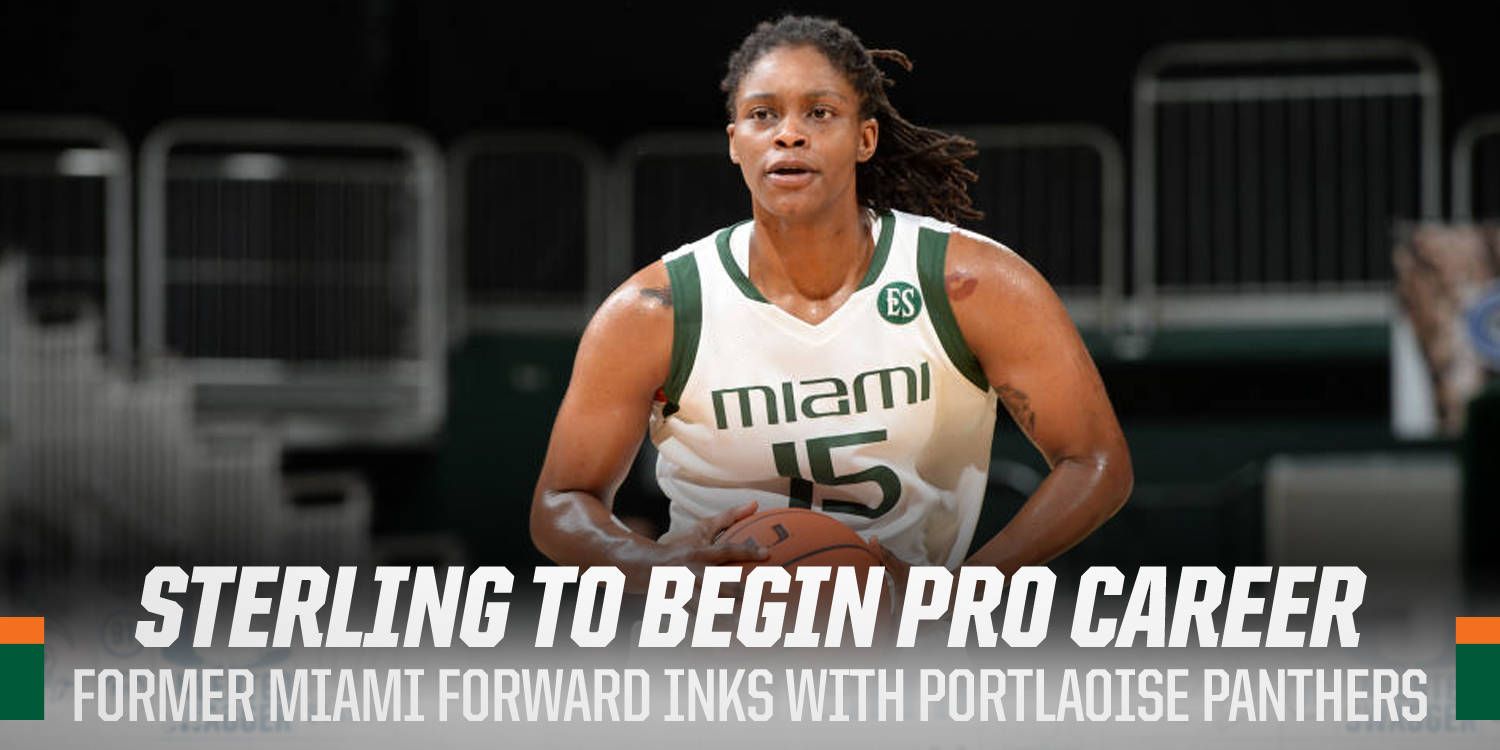 Portlaoise compete in the Women’s Premier League in Ireland and won both the Ladies National Cup and the regular season championship in both 2014 and 2015.

“I am so proud of Necole and happy to see her earn this well-deserved opportunity,” Miami head coach Katie Meier said. “She was a terrific competitor at Miami. I know her effort, intensity and versatility will serve her well at the next level.

A 5-foot-10-inch forward from Los Angeles, Sterling transferred to Miami from Gulf Coast State College and played two seasons for the Hurricanes. She helped the team to the WNIT in 2013-14 and the second round of the NCAA Tournament in 2014-15.

As a senior, Sterling led Miami in 3-point field goal percentage and her 36.2 percent clip was good for No. 12 in the ACC. She was also second among Hurricanes in made 3-pointers (42), third in made field goals (84) and fourth in points per game (7.2).

That season, Sterling scored double-digit points nine times, including in three of the final four games of the campaign.

During her two-year career, Miami amassed 36 victories, four of which were against top-20 opponents, including a pair in the top six.

“I’m super excited to be given another opportunity to play the game I love, especially on the highest of levels,” Sterling said. “Making a living playing basketball has always been a dream of mine. So, I’m ready to see where this journey will take me, what doors it will open up, who I will meet along the way and what others I may be able to inspire to keep the faith and pursue their dreams.”

Sterling is the 17th Hurricane during the first 11 years of  Meier’s tenure at Miami who has gone on to sign a professional deal.