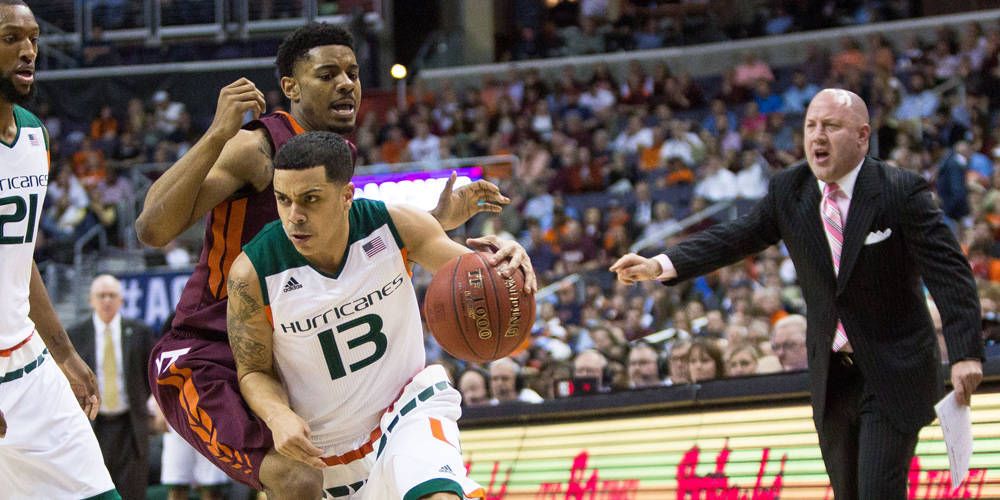 Miami (25-6) advanced to play No. 4 Virginia in the semifinals Friday night. All four top seeds won in the quarterfinals, with No. 7 North Carolina and defending tournament champion Notre Dame also advancing.

McClellan and Rodriguez combined for 31 points in the second half.

Miami was determined to start strong and led by as many as 10 in the first half. The Hokies closed out the half on an 11-2 run to the delight of orange-and-maroon heavy crowd.

Rodriguez heated up early in the second, hitting 3-pointers on three consecutive possessions and stealing the ball from Justin Bibbs for an easy layup. LeDay and the Hokies’ emotions started boiling over trailing by 11.

The hole got deeper, and McClellan’s wide-open 3 with 12:18 was Miami’s sixth straight made field goal and boosted the deficit to 15. After Miami’s Tonye Jekiri was called for a technical foul and the free throws piled up, Virginia Tech trimmed it to six with 1:19 left.

The Hurricanes made enough free throws down the stretch to seal a trip to the conference semifinals and set up a date with Virginia.

Miami: Backup point guard Ja’Quan Newton scored 10 points in his return from a three-game absence. … Coach Jim Larranaga returned to Verizon Center, where he advanced to the Final Four with George Mason in 2006.

Individual Notes
– With 21 points against Virginia Tech, senior guard Sheldon McClellan scored in double-digits for the 19th straight game and for the 27th time this season. The last contest McClellan did not reach double figures was Dec. 29th against Princeton.
-McClellan’s 21-point effort marked the eighth game where he has scored 20-or-more points.
-Senior guard Angel Rodriguez poured in 19 points on 5-of-10 shooting. It marked the 22nd time this season he has scored in double figures.
-Rodriguez’s 19 points tied a season high.
-Rodriguez also dished out nine assists. His nine assists were the most ever by a Hurricane in the ACC Tournament.
-Junior guard Davon Reed finished in double figures for the 19th time this season. Reed also has finished in double figures in nine of the last 10 games.
-Reed scored 10 of the Hurricanes first 17 points.
-Reed finished the game with 17 points.
-Reed also tied a season high with three steals. His three steals were a game high.