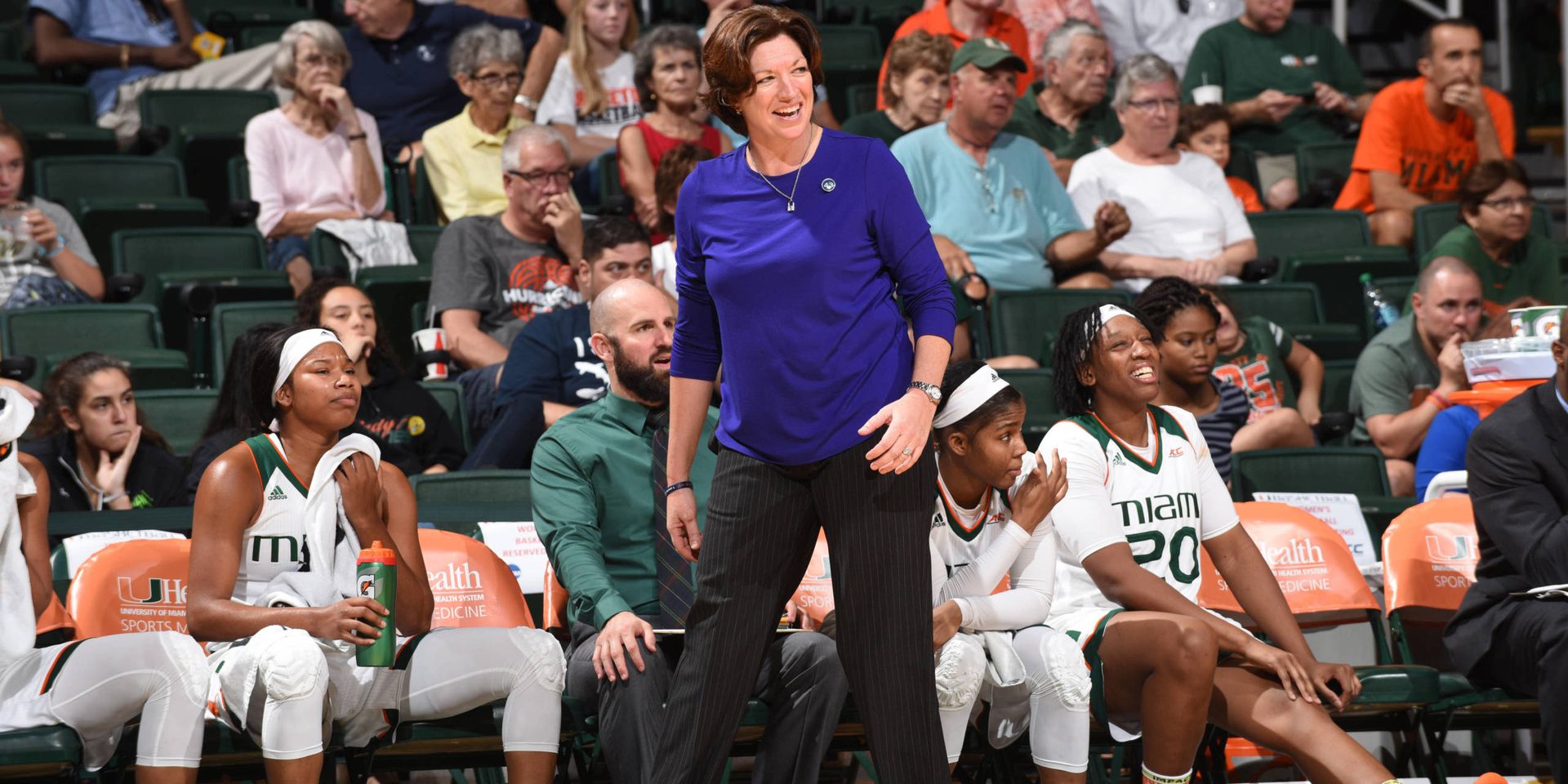 @CanesWBB Game at FSU Picked up by ESPN2

CORAL GABLES, Fla. – The University of Miami women’s basketball team’s game at Florida State on Feb. 28 will be broadcast on ESPN2, as announced Tuesday.

The contest between the Hurricanes and Seminoles will tip off at 3 p.m. at the Donald L. Tucker Civic Center in Tallahassee, Fla., in their regular season finale.

The Hurricanes’ last regular season game on ESPN2 came against No. 11/16 North Carolina on Jan. 27, 2013 at the BankUnited Center in Coral Gables, Fla. Miami has since had multiple postseason games on ESPN2 and many others on RSN.

Miami has two home games prior to its contest at Florida State, first facing Virginia Tech Sunday at 4 p.m. and then taking on No. 11/12 Louisville Feb. 25 at 7 p.m. The matchup against the Hokies is Miami’s Play 4 Kay game, while the game against the Cardinals will be Senior Night for guard Michelle Woods.