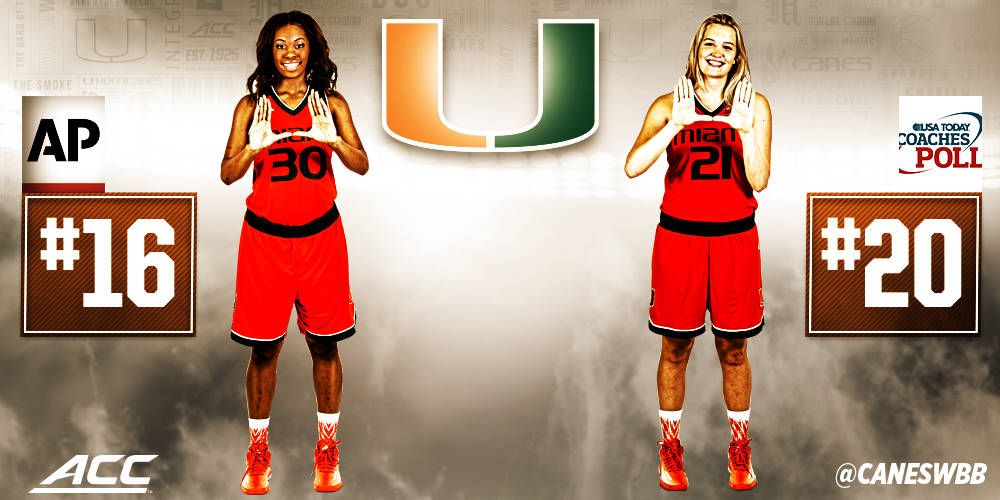 CORAL GABLES, Fla. – The University of Miami women’s basketball team is ranked in the top 20 of both The Associated Press Poll and the USA TODAY Coaches Poll this week.

The Hurricanes moved up one spot to No. 16 in the AP Poll, which was released Monday, and fell three positions in the Coaches Poll, which came out Tuesday.

The Hurricanes are tied for No. 11 in Division I in victories and also rank in the top-25 nationally in winning percentage at .818.

Miami returns to the hardwood Thursday night at 7 p.m. when it faces Boston College at Conte Forum in Chestnut Hill, Mass.