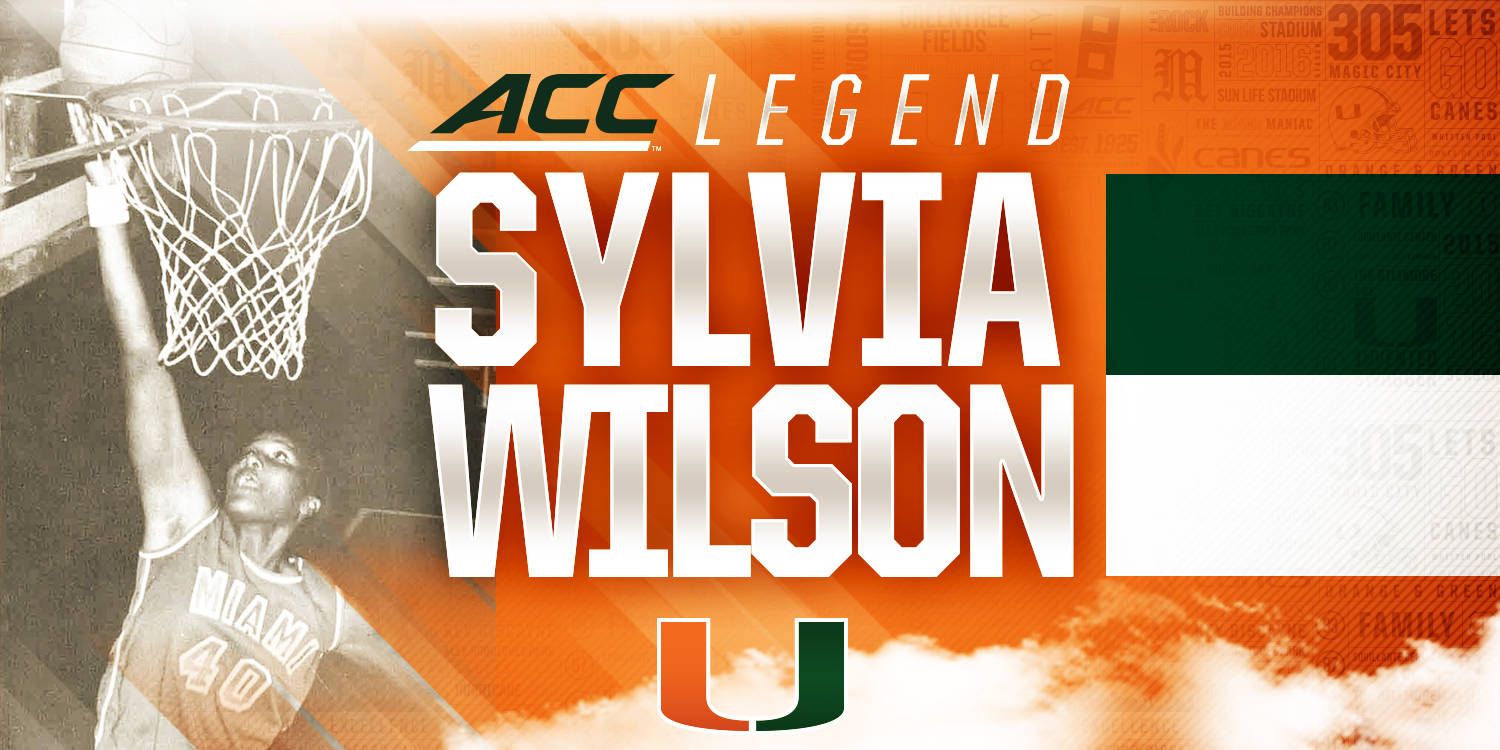 A 6-foot center and one of the finest players in University of Miami history, Wilson donned the orange and green from 1979-1982.

In her three seasons of play, she amassed 1,713 points, then the most by a Hurricane and still good for eighth place in Miami history. Wilson remains the program’s all-time leader in rebounds (1,125), rebounding average (11.3) and blocked shots (198).

The Haines City, Fla., native led the Hurricanes in scoring, rebounding and blocks in all three of her campaigns, while finishing first in field goal percentage in two of them. Her 17.3 points per game is good for sixth on the program’s all-time list and her 721 field goals made are the sixth-most in Miami history.

Wilson is one of just seven Miami players to record 15-plus made field goals in a game, one of four to block at least seven shots in a contest and the only Hurricane to tally 20-plus rebounds in a game on three occasions.

In 1979-80, Wilson and Jill Poorman became the first all-conference honorees in Miami history when they were selected to the All-FSAC First Team. Wilson received the honor again in 1980-81, making her the first of six Hurricanes to ever garner multiple first team all-conference accolades.

Wilson, who is being honored posthumously, is part of the 12th-annual class of ACC Legends. The group will be honored at the 2016 ACC Women’s Basketball Tournament, held March 2-6 in Greensboro, N.C. Wilson will be represented there by family members.

Additionally, with family and friends in attendance on her behalf, Wilson will be recognized at the BankUnited Center Feb. 7 during Miami’s 1 p.m. game against Duke.