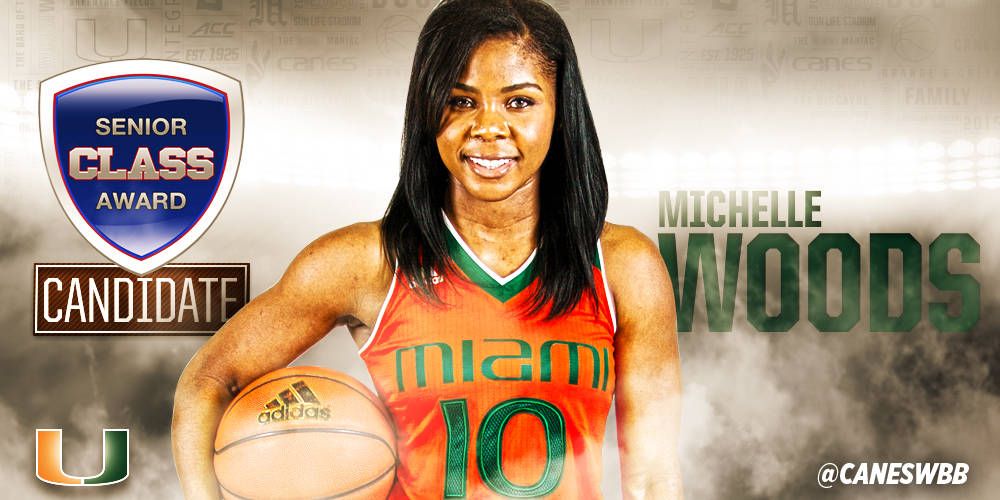 A 5-foot-8-inch guard from Naples, Fla., Woods is one of 30 nominees nationwide for the honor in women’s basketball. She is one of two ACC candidates, along with Florida State’s Adut Bulgak.

Each of the 30 candidate classes will be narrowed to 10 finalists in February, and those 10 names will be placed on the official ballot. Ballots will be distributed through a nationwide voting system to media, coaches and fans, who will select one male candidate and one female candidate who best exemplify excellence in the four Cs of community, classroom, character and competition.

For more information on each of the candidates, visit seniorCLASSaward.com. Woods’ bio can be found HERE.