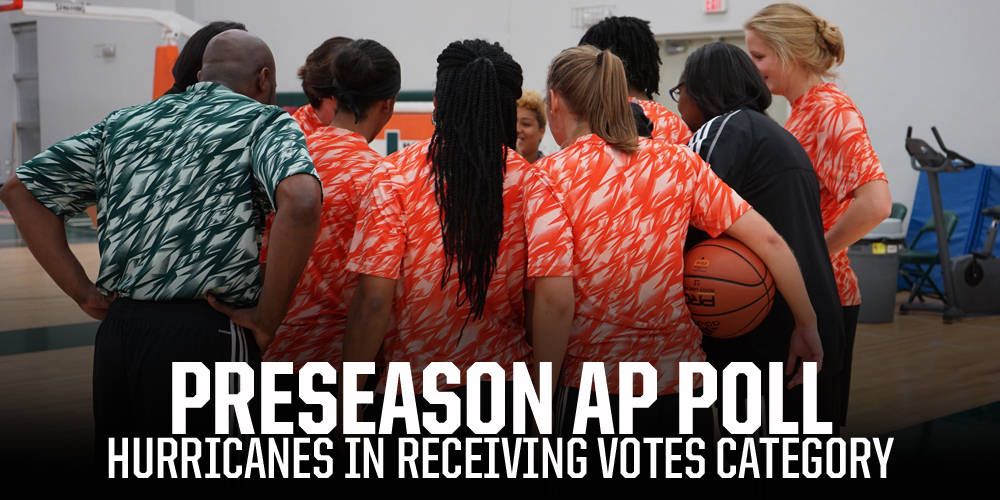 CORAL GABLES, Fla. – The University of Miami women’s basketball team was one of 16 teams in the nation listed in the receiving votes category of the preseason Associated Press Poll released Tuesday.

Miami is one of seven teams in the ACC to receive points in the voting, with six conference members ranked in the top 25. The team is also receiving votes in the USA TODAY Coaches Poll, as announced last week.

The Hurricanes are set to play eight games against teams in the AP’s top 25. Miami will take on seventh-ranked Florida State twice and will also meet third-ranked Notre Dame, fifth-ranked Baylor, eighth-ranked Louisville, No. 14 Duke, No. 22 North Carolina and No. 23 Syracuse.

The Hurricanes were picked sixth in the ACC preseason poll by both the ACC Coaches and the Blue Ribbon Panel after advancing to the second round of the 2015 NCAA Tournament. Eleventh-year head coach Katie Meier has eight returning letter winners and has directed Miami to six-straight postseason trips.

Miami opens the 2015-16 season Tuesday at 4 p.m. when it hosts Nova Southeastern in an exhibition game at the BUC.