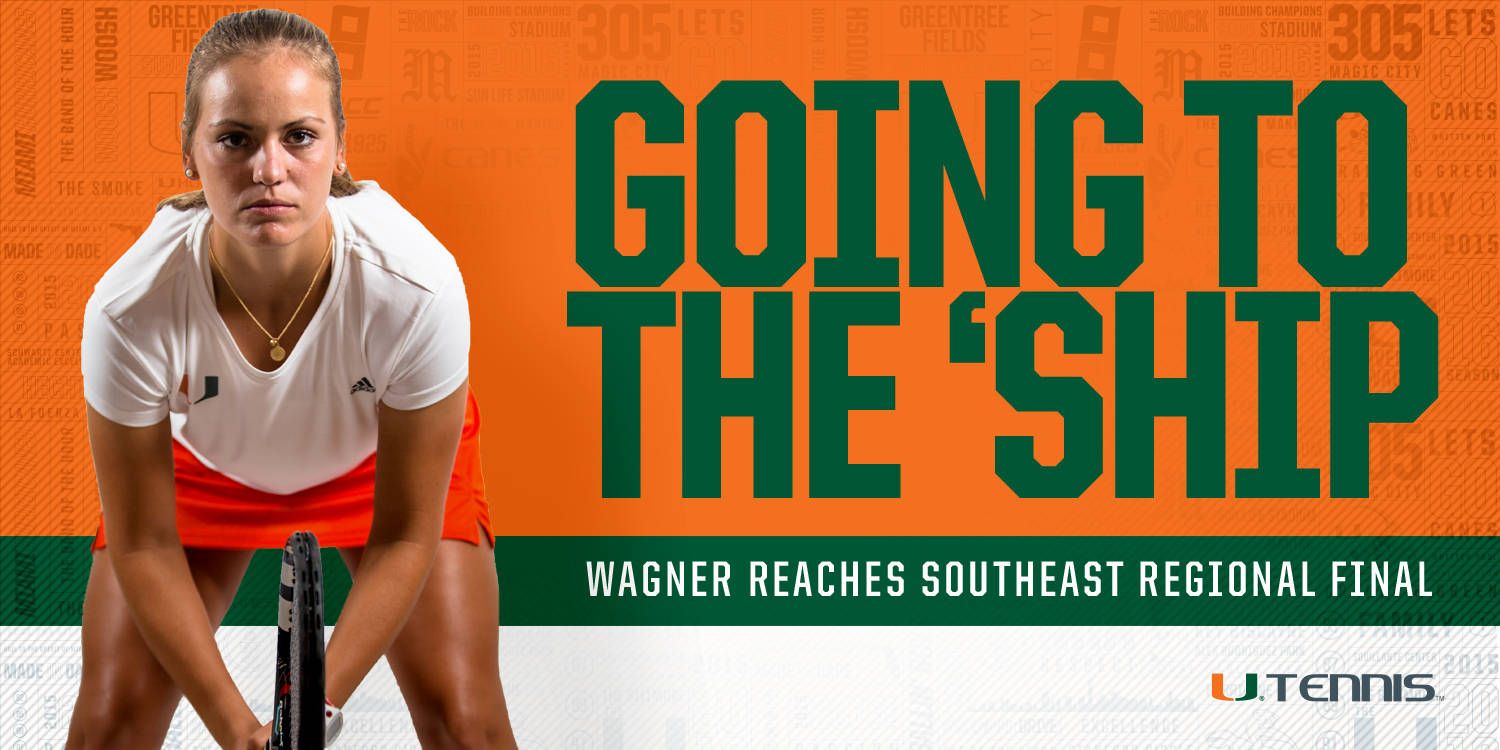 The sixth-ranked player in the nation and third seed in the tournament, Wagner topped two Florida Gators at the Dan Magill Tennis Complex to get to the championship.

“Steffi started playing the type of tennis she ended last season with, striking the ball explosively and cutting down the court really well,” Miami head coach Paige Yaroshuk-Tews said. “In order to strengthen our team we needed some solid results from Wagner at this event, so I’m happy we are where we are.”

For Wagner, the victory over Woolcock avenged her loss to the Florida junior in the round of 16 at the Riviera/ITA Women’s All-American Championships earlier this month.

Wagner will face No. 72 Caroline Brinson of Georgia, who is seeded No. 9-16, Monday at 11 a.m. in the regional final on her home court in Athens.

Also on Sunday, No. 94 Yolimar Ogando lost her first singles match of the season, but it came due to injury, rather than defeat. The sophomore was facing Florida’s Kourtney Keegan, ranked No. 38 and seeded No. 9-16, and trailed 3-6, 5-4 when she retired. Ogando is a stellar 14-1 in singles, as well as a superb 7-2 in doubles, this fall.