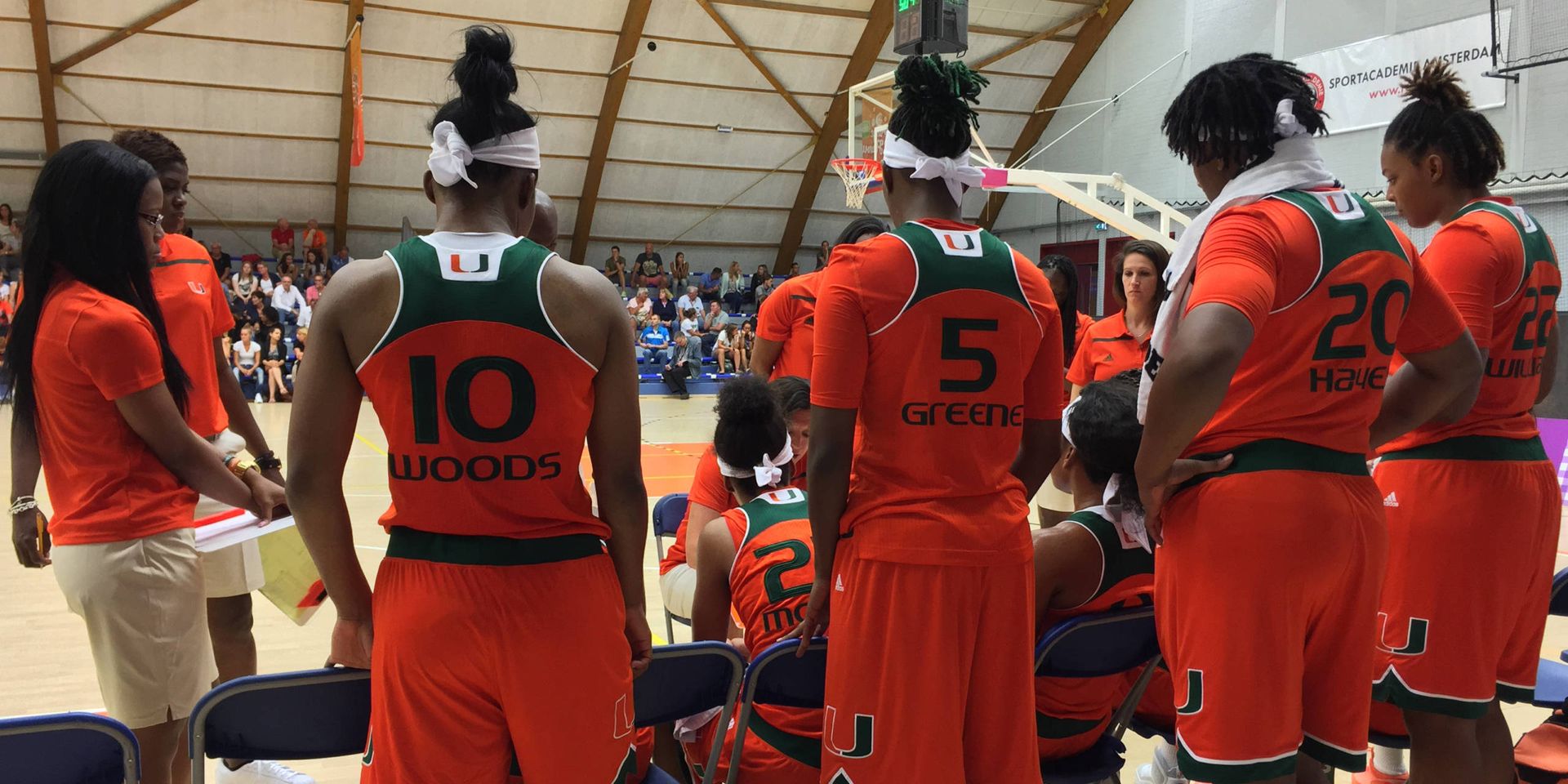 AMSTERDAM – The University of Miami women’s basketball team dropped a thrilling contest against the Netherlands National Team Wednesday night at Sporthallen Zuid, falling 90-85 in overtime in the second game of its foreign tour.

Redshirt junior forward Keyona Hayes posted a double-double with a game-high 21 points and a co-game-high 11 rebounds for the Hurricanes, who were downed by 18 against the same team just one night earlier.

The first half was very much a back-and-forth affair, with eight lead changes and six ties. Miami began to take some control before the break when Hayes scored off a layup from a beautiful pass by redshirt senior guard Michelle Woods and then made a pair of free throws to put the Hurricanes up 39-34.

However, the Netherlands then closed the half on a 6-0 run to take a 40-39 edge into the locker room, led by 15 points from Naomi Halman.

The Hurricanes came out strong in the second half and went on a run near the end of the third quarter to take an eight-point lead two separate times. A three-pointer by the Netherlands in the closing seconds made it 58-53 Miami after 30 minutes of action.

The hosts regained the lead early in the final quarter, but Miami charged back behind the play of Woods and junior guard Adrienne Motley. A three-point play by Woods with 32.2 seconds left put the Hurricanes in front 74-69, but the Netherlands managed to force overtime with some hot shooting down the stretch to even it at 77.

The Netherlands scored nine of the first 12 point in the extra session to go up 86-80 and would not relinquish its lead, holding on for a 90-85 victory.

Chatilla van Grinsven paced the Netherlands with 19 points and matched Hayes with 11 rebounds. Halman finished with 15 points after being held scoreless in the second half.

The Hurricanes will travel to Bruges, Belgium Thursday and then return to the court at 1:00 p.m. ET (7:00 p.m. local time) Friday in Waregem, Belgium against BC Waregem, the team head coach Katie Meier was on a professional player.