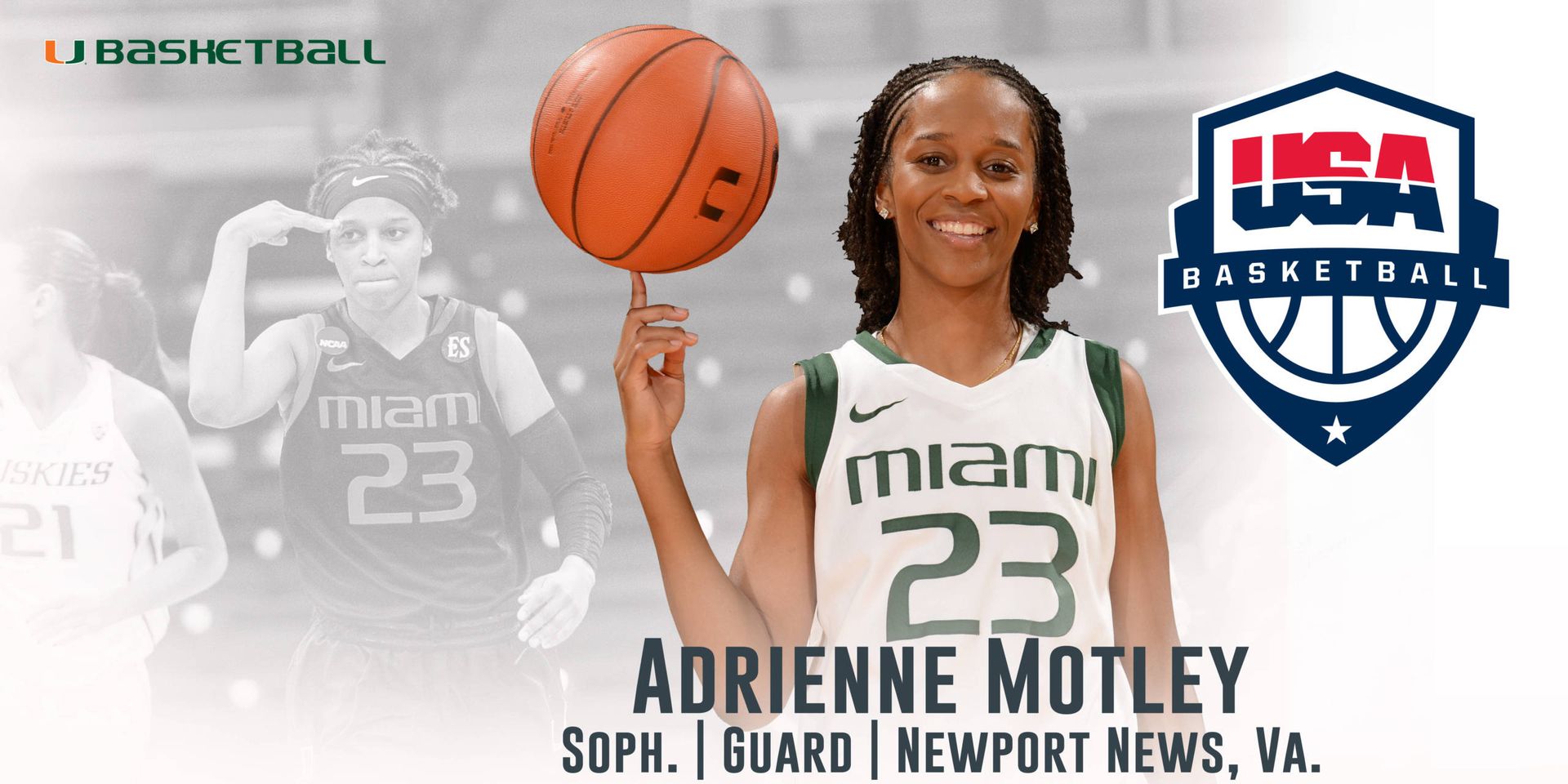 “This is a huge honor for Adrienne. She had an amazing season and proved herself to be one of the nation’s elite players,” Miami head coach Katie Meier said. “I have so much respect for USA Basketball and I know the standards they hold. Adrienne definitely fits their mold. We are thrilled for her.”

As is the case for over half the roster, this will be Motley’s first experience with USA Basketball. She is one of eight players in the ACC in the group and joins Villanova’s Caroline Coyer as the lone picks from the state of Virginia.

In order to be eligible for selection, players must be U.S. citizens and full-time college students with eligibility remaining for the 2015-16 season.

Miami is one of just 37 schools in the nation to have a player headed to the trials. Six other ACC programs will be represented too.

The 12 members of the roster for both the Pan American Games and the World University Games, or the finalists for each roster, will be announced on the morning of May 17.

“We have more than enough talent to field two teams from among this group,” said Jim Foster(University of Tennessee-Chattanooga), chair of the USA Basketball Junior National Team Committee. “It will be a very competitive trials as there are a number of very good players with vast USA Basketball experience and a very attractive group of first-time invitees.”

A First Team All-ACC selection, Motley finished fifth in the conference in scoring at 16.9 points per game this season. She was the lone player in the league to end the season in the top 15 in scoring, field goal percentage, three-point percentage, and free throw percentage.

Motley shot 49.2 percent from the field, good for the eighth best mark in the nation among guards. The Newport News, Va. native scored in double figures 29 times in 33 games, posting 15-plus points on 24 occasions. In addition to her scoring prowess, Motley finished third on the Hurricanes in both assists and rebounds.

Miami went 20-13 in 2014-15 and Motley scored 30 points in the first round of the NCAA Tournament to help the Hurricanes to an 86-80 victory over sixth-seeded Washington.