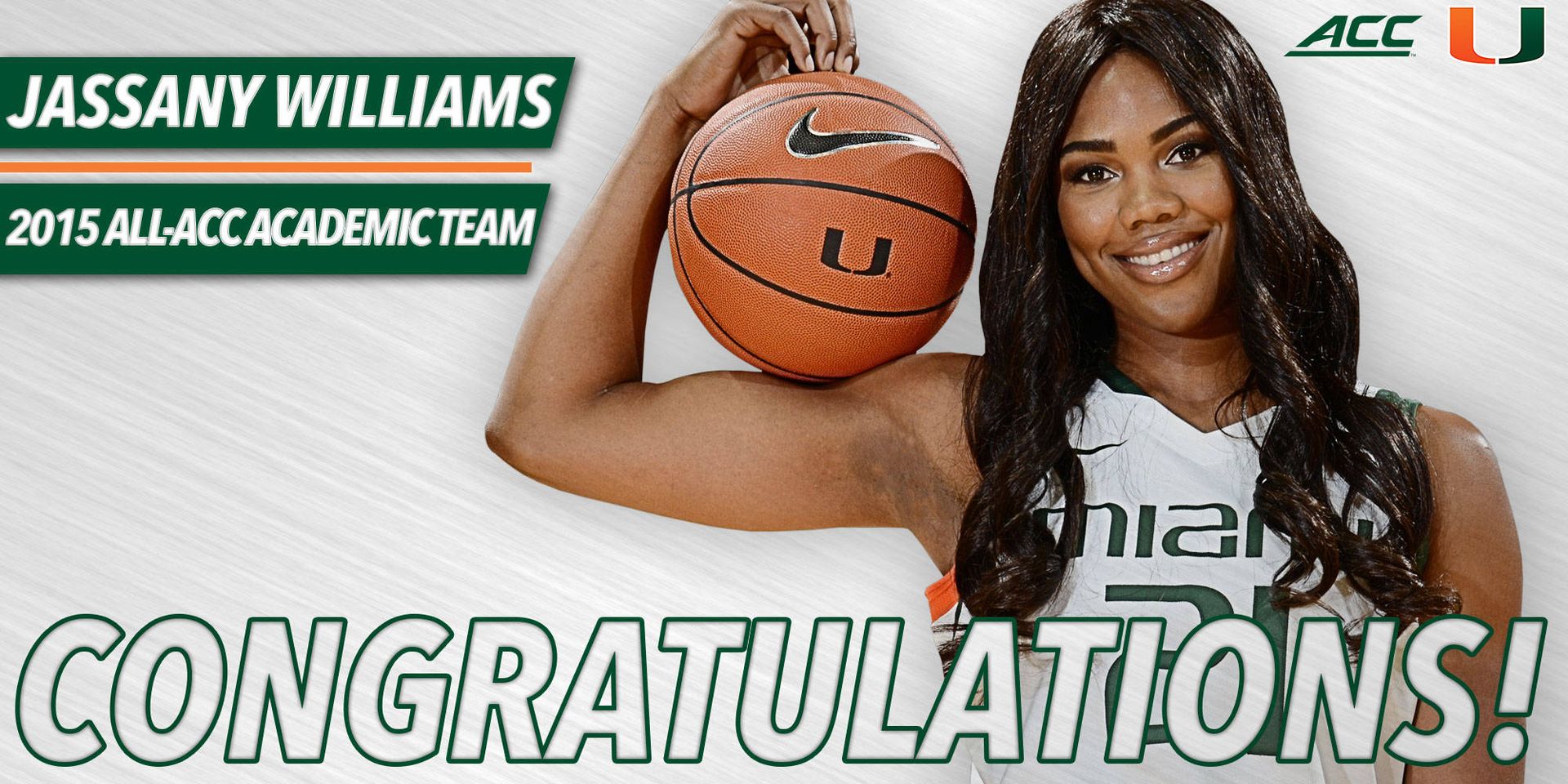 CORAL GABLES, Fla. – University of Miami redshirt senior Jassany Williams has been named to the 2015 All-ACC Academic Team, as announced by the conference Friday morning.

A 6-foot-2 forward from Davie, Fla., Williams led the ACC in blocks in conference play this season and is currently pursuing her Master’s degree. She is one of just 20 players from the league’s 15 teams to receive the honor.

“When I was recruiting Jazz, even out of high school, one of the conversations we had was I thought she was the best combination of the actual student-athlete,” Miami head coach Katie Meier said. “We talked about her trying to be Academic All-ACC, so I’m awful proud of her. She’s had a great season and she’s just really a great representative of the University.”

A transfer from Auburn University, Williams has developed into one of the best shot blockers in school history despite playing just two seasons for the Hurricanes. She currently has 71 blocks on the season, second most in at Miami, and her 57 last year tied for fifth.

Williams has 208 blocks in her college career, including 123 as a Hurricane, fourth most in program history. Her nine blocks on Jan. 8, 2015 in Miami’s upset win over fourth-ranked Notre Dame set a school record. She followed that up with eight more blocks in the team’s next game, a win at Virginia Tech, giving her 17 in two games, also a Miami record.

The defensive stalwart is the Hurricanes’ leading rebounder at 6.1 boards per game and has started all 30 games this season.

Off the court, Williams has excelled in the classroom in her time as a Hurricane. She received her Bachelor of Science in Communication in May 2014, after posting a 3.56 GPA as a media management major and a business administration minor.

Now a graduate student in the College of Arts and Sciences, Williams has maintained a 3.4 GPA as she works towards her Master of Liberal Arts.

Williams and the Hurricanes return to action at the ACC Tournament today at 2:00 p.m. when they take on top-seeded and second-ranked Notre Dame. The action from the Greensboro Coliseum will be televised locally on SUN Sports.