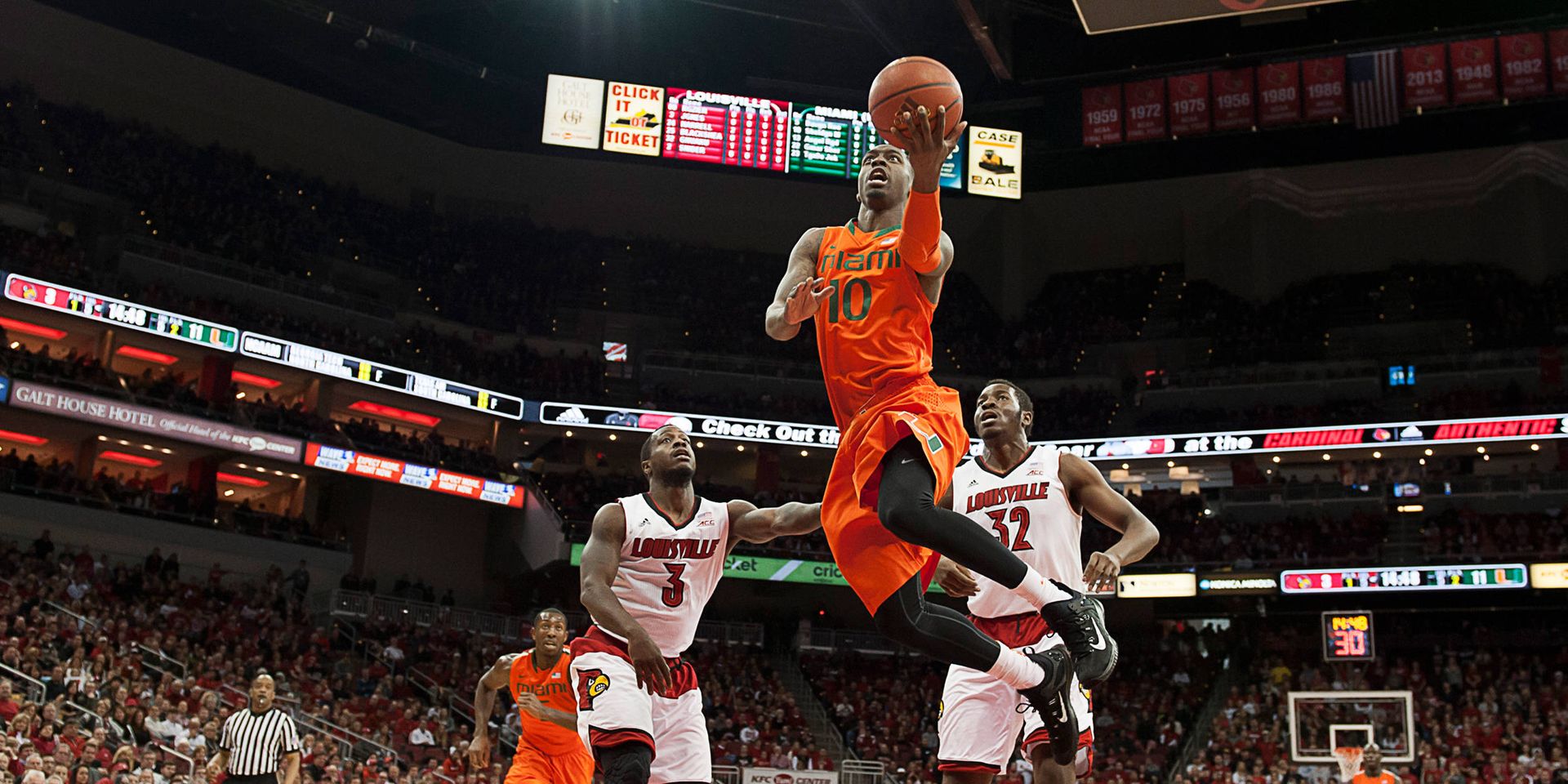 LOUISVILLE, Ky. (AP) – Montrezl Harrell had 21 points, 14 rebounds and key free throws in the final minute to give No. 12 Louisville a 55-53 win over Miami on Saturday.

Sheldon McClellan scored 17 points for the Canes, the 22nd time the Junior has scored in double figures this year.

Down 53-52, Louisville’s Terry Rozier tipped Deandre Burnett’s pass into the hands of Harrell with 55 seconds left. That set up Chris Jones’ drive and pass to Harrell on the opposite end. He was fouled on a layup attempt and hit two free throws with 35.6 seconds left to put the Cardinals up for good.

Jones added 14 of his 17 points in the second half for Louisville (21-6, 9-5 Atlantic Coast Conference). He returned from a one-game suspension.

* Miami’s matchup with Louisville marked the seventh nationally ranked opponent the Hurricanes have faced this season.

* Miami held a 29-19 lead over Louisville at the half. The Cardinals entered the game averaging 33.3 points per game in the first half this season.

* Louisville took its first lead of the game at the 14:41 mark of the second half.

* Miami is now 2-9 all-time against Louisville and 0-3against the Cardinals on the road.

* Redshirt junior guard Sheldon McClellan scored a team-high 17 points on 7-of-13 shooting. McClellan has scored in double figures in each of the past five games.

* McClellan has now scored in double figures in 22 games this season.

* Junior center Tonye Jekiri tallied his third straight double-double after he finished with 13 points and 15 rebounds.