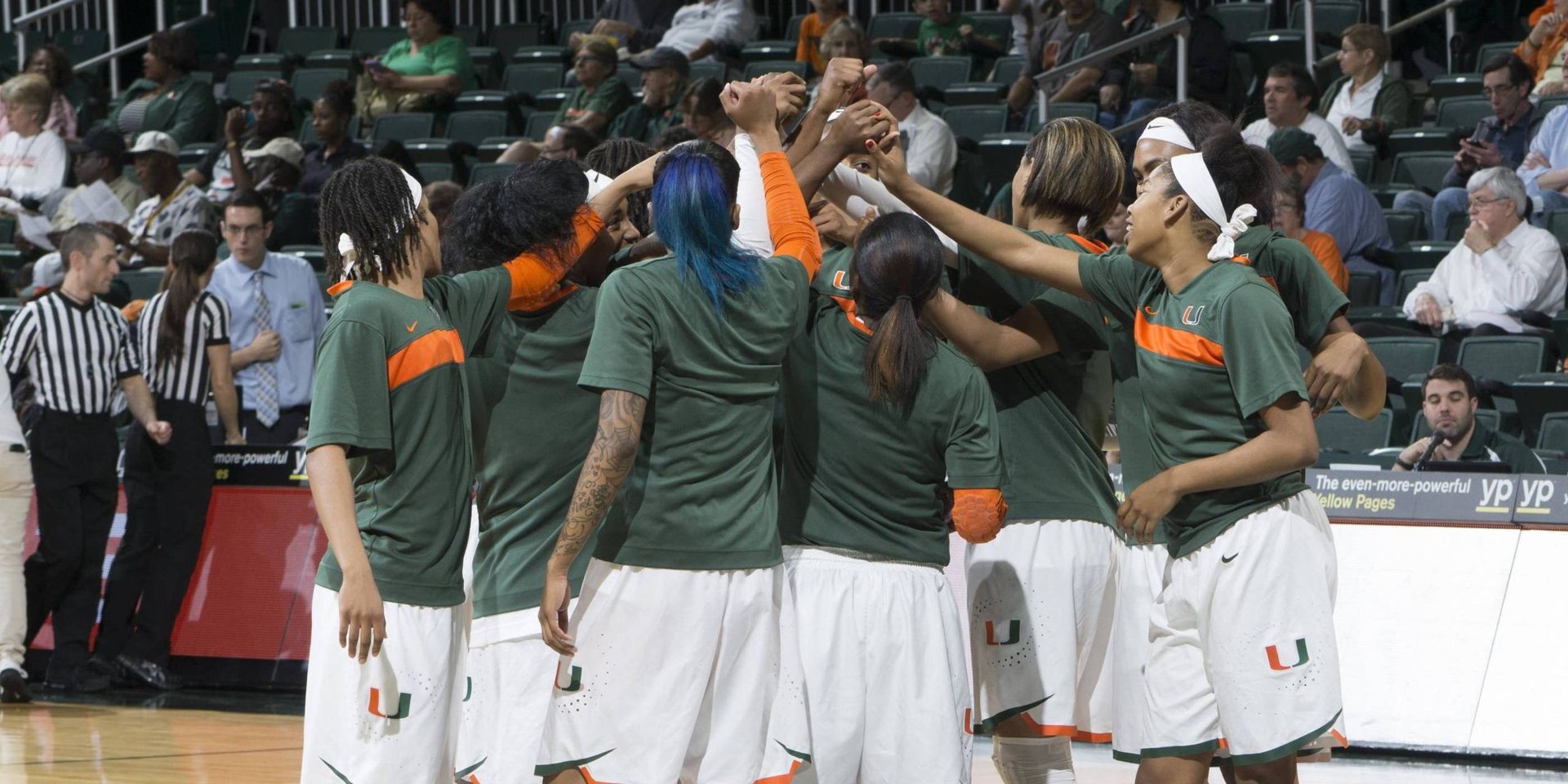 CORAL GABLES, Fla. – For the third time this season, the University of Miami women’s basketball team is receiving votes in the Associated Press Top 25 Poll.

Miami (18-7, 8-4 ACC) was listed Monday afternoon among the group of teams just outside the top 25. The Hurricanes previously received votes in the polls released Jan. 12 and Jan. 19.

This past week, Miami posted a 2-0 record, with both victories coming in impressive fashion. The Hurricanes won 85-71 at No. 23/22 Syracuse, led by as much as 17 in the game and never trailed by more than one. The Orange is ranked No. 25 in today’s AP Poll.

Three days after taking down Syracuse at the Carrier Dome, Miami defeated Georgia Tech at the BankUnited Center. Trailing by 10 with four and a half minutes left, the Hurricanes closed the game on a 15-0 run for a 64-59 victory over the Yellow Jackets.

Katie Meier‘s team has two victories over teams in the AP Top 25. In addition to the win at Syracuse, the Hurricanes also knocked off fourth-ranked Notre Dame, 78-63, on Jan. 8. Miami is the only ACC team to beat Notre Dame since it joined the conference last season.

The Hurricanes currently sit in fifth place in the ACC standings, ahead of two teams ranked in the AP Poll and behind four teams in the top 10 of the poll.