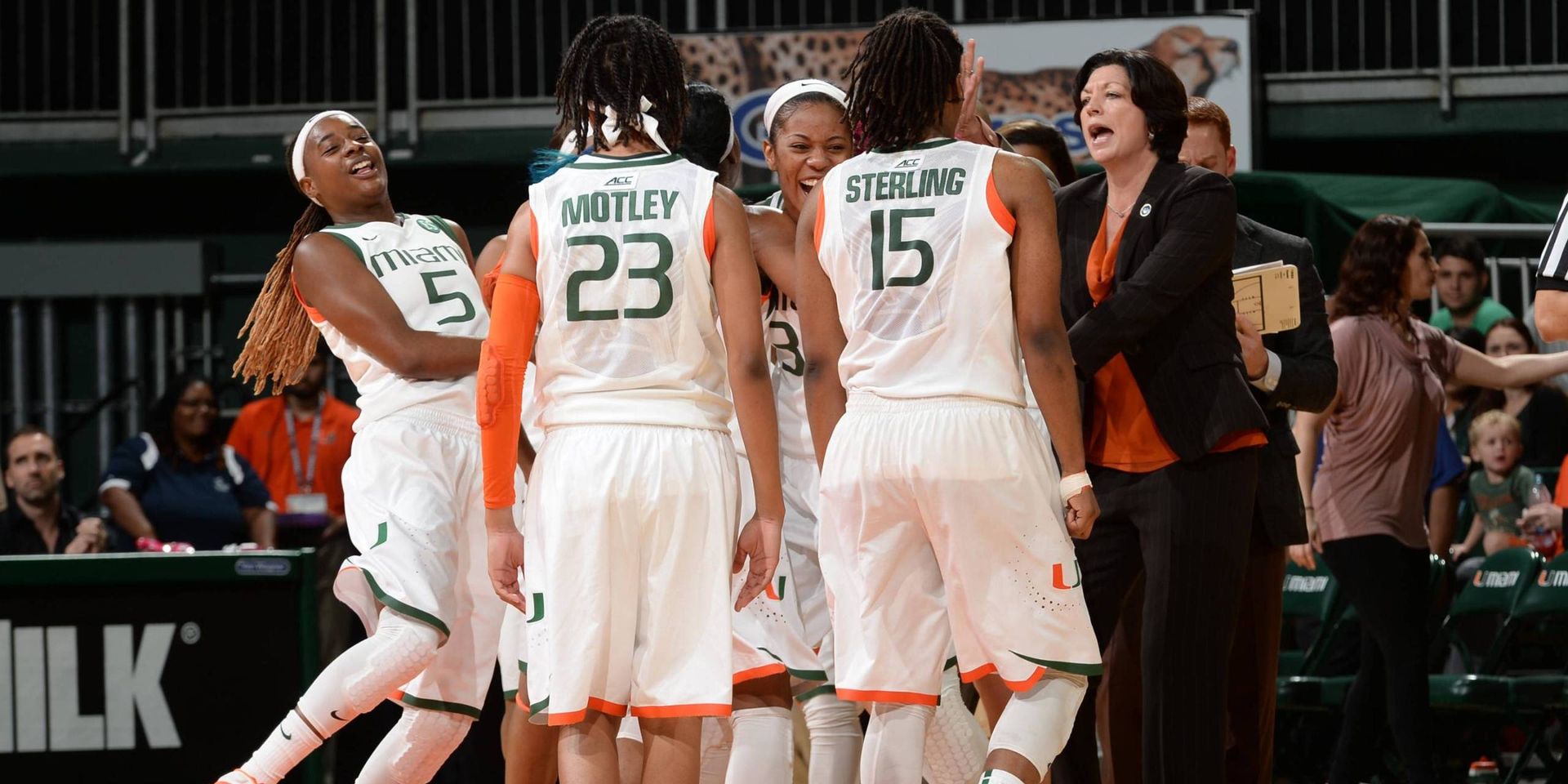 CORAL GABLES, Fla. – Coming off a week in which the University of Miami women’s basketball team went 2-0 with a pair of ACC victories by 15-plus points, the Hurricanes were listed in the receiving votes section of the AP Poll Monday.

Now Miami can be found in the USA Today Coaches Poll’s receiving votes category as well. Head coach Katie Meier‘s Hurricanes are one of 12 teams listed.

Sophomore guard Adrienne Motley averaged 27 points, 7.5 rebounds, 35.5 minutes and shot 57.1 percent from the field in the two wins. She scored a career-high 32 points in the upset win over Notre Dame.

Additionally, redshirt senior forward Jassany Williams averaged 10 rebounds and 8.5 blocks in the victories. Her 17 blocks over two games is the most in program history and her nine blocks against Notre Dame is a school record.

The Hurricanes will be back in action Thursday, Jan. 15 at 7:00 p.m. when they host the Clemson Tigers at the BankUnited Center.