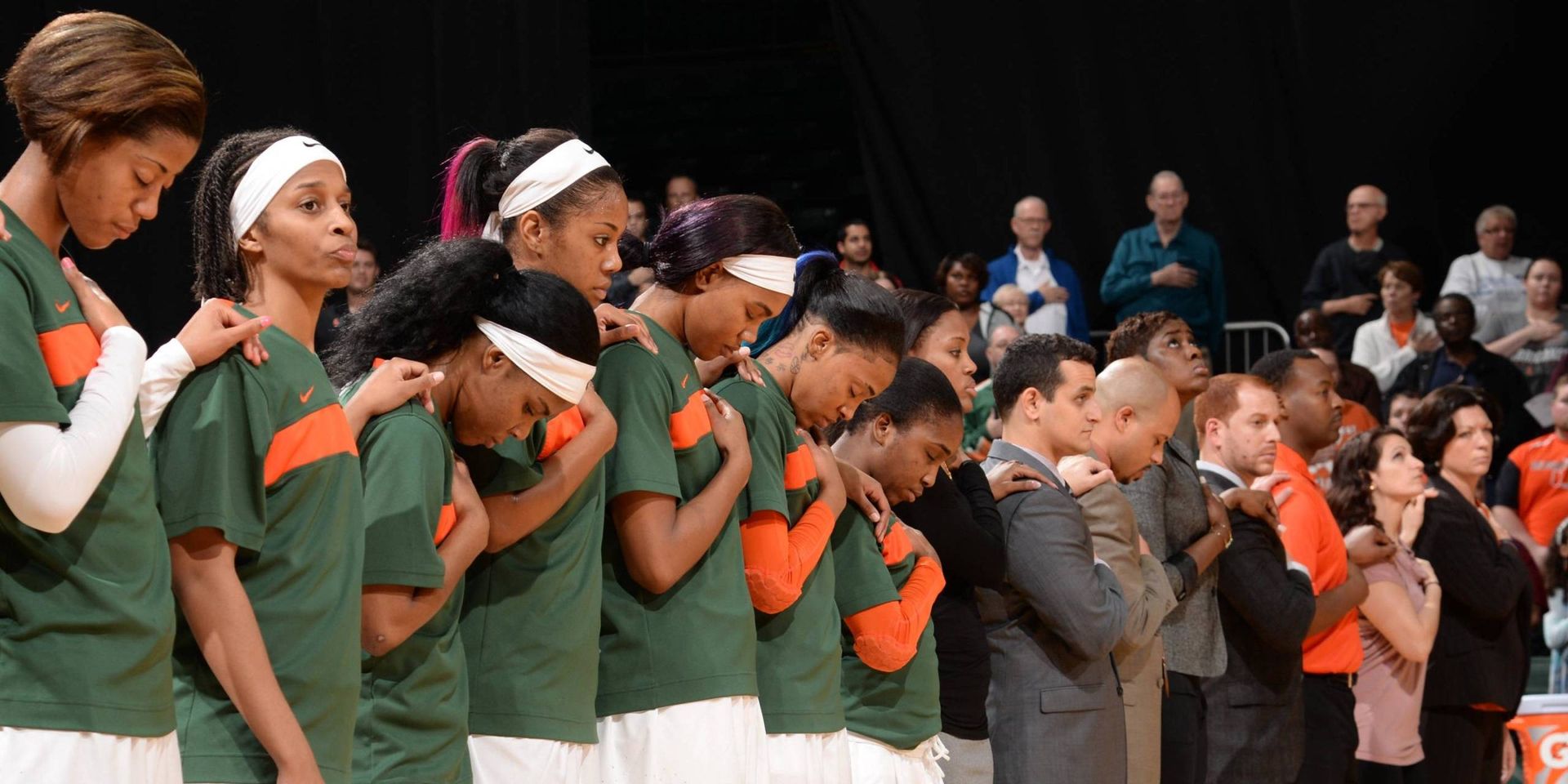 CORAL GABLES, Fla. – After defeating fourth-ranked Notre Dame by 15 Thursday night and following that up with a 17-point win at Virginia Tech Sunday, the University of Miami women’s basketball team is now receiving votes in the newest AP Poll.

The Hurricanes, one of just two teams undefeated in Atlantic Coast Conference play, are the third team listed in the receiving votes category, good for No. 28 in the nation.

The Hurricanes recorded a resounding win in their ACC road opener, knocking off the Hokies 62-45 on Jan. 11. Adrienne Motley poured in 22 more points and matched her career high with eight rebounds, while Williams blocked eight shots and matched her season high with 12 rebounds.

“This was a very scary game for us, especially coming off the win that we had and I’m thrilled,” Miami head coach Katie Meier said.

Miami will return to the court Thursday, Jan. 15 at 7:00 p.m. when it hosts Clemson at the BankUnited Center.