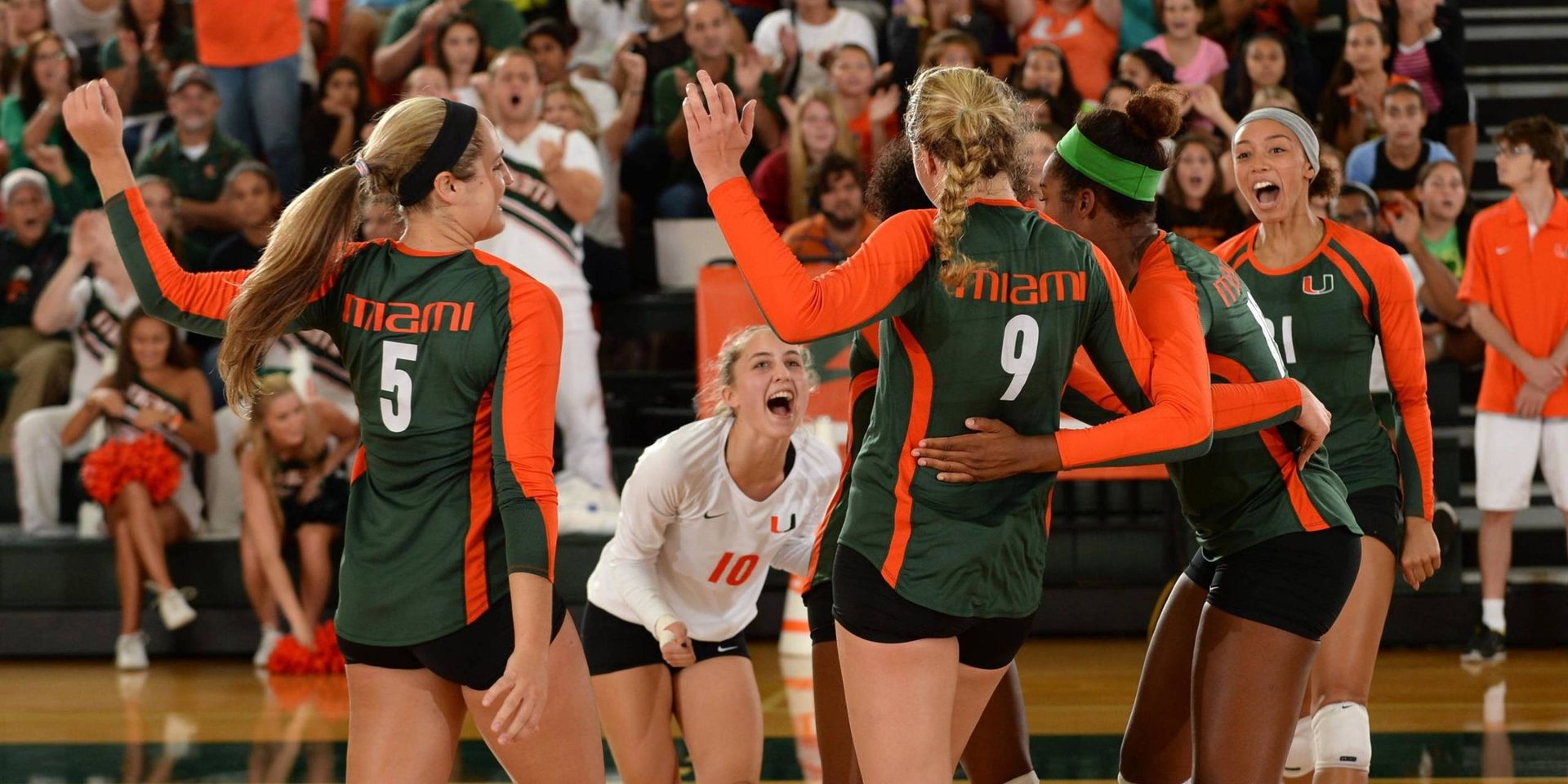 Leaf, who lead all players with 17 kills, hit .382 for the match and added a pair of aces, six digs and two blocks. Sims’s 11 kills and five blocks ranked second on the team Sunday afternoon. Freshman middle blocker Sakile Simmons led all Hurricanes with six blocks.

Junior Taylor Scott was third on the team with nine kills. The outside hitter added nine digs and a pair of blocks, while sophomore Kelsie Groot had a team-high 18 digs. Junior defensive specialist Kalysta White added 10 digs, second-most from a Cane against the Eagles.

The Hurricanes are back in action next weekend for a pair of home matches against Virginia Tech and Georgia Tech.

Miami will host the Hokies on Oct. 17 at 7 p.m. in the annual “Dig Pink” match to help find a cure for breast cancer. Dig Pink t-shirts will be available for purchase with proceeds going towards breast cancer research. Miami’s match against the Yellow Jackets is set to begin at 1 p.m. on Oct. 19.