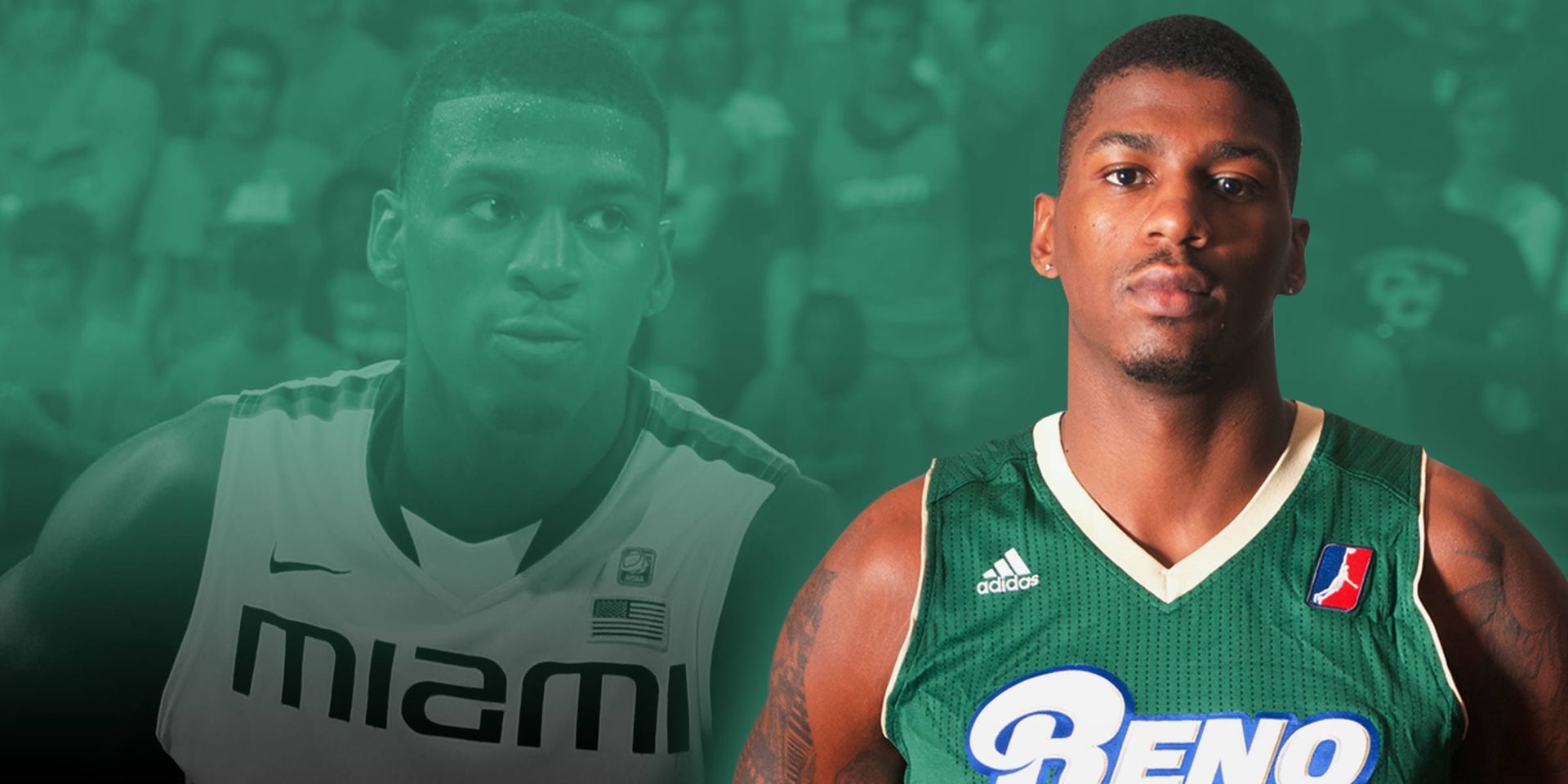 DeQuan Jones finished the season scoring over 20 points in two of the Reno Bighorns’ last three performances. Appearing in 49 games and averaging 30 minutes, He scored 13.7 points per game and averaged a respectable 4.8 rebounds per game.

HurricaneSports.com: Even though you are playing professionally, do you still get a chance to follow @CanesHoops?
DeQuan Jones: Yeah. I follow those guys. Actually, I’m still in contact with a few of them. I talk with Garrius Adams, Erik Swoope and Justin Heller every couple of days. I still keep the lines of communication open with those guys just because they may have questions for me, or if there is anything that I can do for them.

HS.com: What do you think of the current state of the men’s basketball team?
DJ: I feel they accomplished something big during the 2012-2013 season. I believe that Coach Larrañaga has the program headed in the right direction. We had two guys sit out this year, that I have heard nothing but good things about. I know Coach L is going to put those guys in the right position to be successful and again, I feel that he has the program headed in the right direction.

HS.com: You got a chance to play with Coach Larrañaga during your senior year. How do you think he has changed the appearance of University of Miami basketball?
DJ: He came in and he changed the culture. The initial perception I got from him was that he was a discipline coach. He was a disciplinarian and he really set a standard for excellence around him. I remember something as small as lockers being [organized] a certain way. We were only allowed one pair of shoes atop of the locker and our area had to be kept clean.

When he came in, that was something that I wasn’t used to. But after sitting down and talking with him and exploring his mindset, everything correlated. He explained that the discipline of keeping your locker clean is the same as discipline on a pick and roll screen or being a help-side defender. He explained to us that those little things all correlate with the big picture which is for the entire team to be successful.

HS.com: You are one of the younger guys to play professional basketball and represent ‘The U’. What is it like to have these new, younger guys who are playing professionally and overseas?
DJ: It’s great. It’s great for the program as far as recruiting. It’s great for morale around campus and around the basketball office. It’s good. We, at the University of Miami, always consider ourselves a family, and all this is, is a direct reflection.

Shane, Julian, Durand, and I all keep in contact and genuinely care about each other. We always check in and ask how we’re doing, how we’re coming along with our season, and how our season is progressing and unfolding. I know Shane played a couple games in the D-League. I’m keeping up with those guys, and it’s a great feeling. It’s great to experience success with those guys that you came up with.

HS.com: How did coach Jim Larrañaga improve you as a person both on the court?
DJ: Coach L came in and broke down the dynamics of the game. He really simplified the game. He broke down the importance of angles and inches. He gave me a really good concept on how to be efficient. His big thing was find out what you’re really good at, and do that at the highest level. A lot of guys have a misconception that in order to be successful they have to be good at everything. But he taught me to find that one thing you’re good at, stick to it, master it and maximize on it.

HS.com: What’s your favorite memory from your time as a Hurricane?
DJ: My favorite memory was during my senior year when we beat Duke at Cameron Indoor Stadium. That is probably the biggest memory I take with me.

HS.com: How do you like Reno?
DJ: It’s great. Contrary to popular belief, the NBA D-League is a great experience. It is great for guys like myself who are young and up-and-coming. It is a great outlet and a great tool to get a lot of in-game experience. To get in an environment where you’re able to make mistakes, and play through them, and you’re able to expand on your game, and try out new things. Of course, like anything, it has its ups and its downs, but I feel like if you come in with the right mindset and you utilize your time in the D-League, you can take a lot of great things away from it.