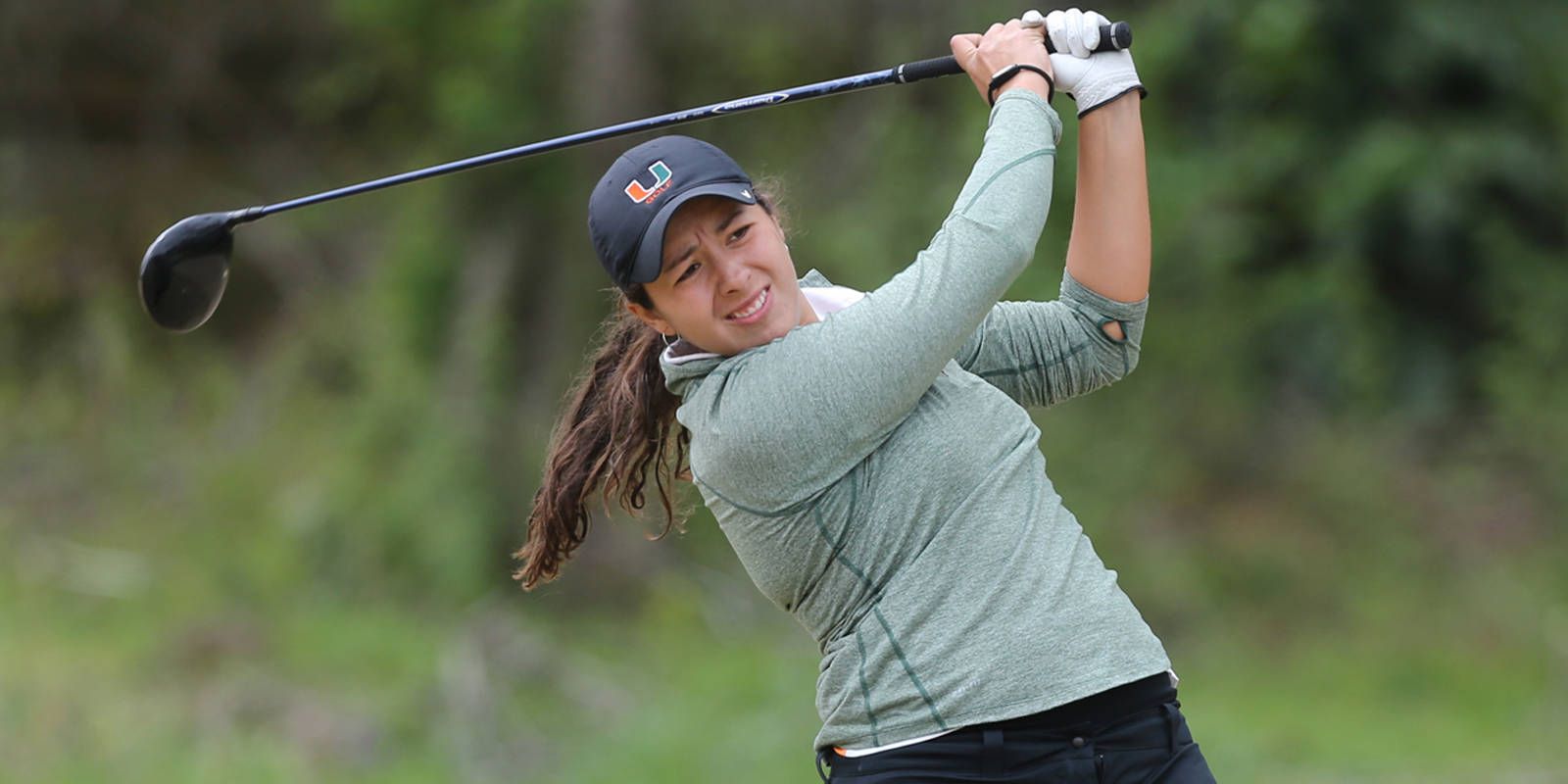 Miami, ranked No. 28 by Golfstat, tied with Notre Dame for fifth at 53-over 905. No. 3 Duke took home its third consecutive ACC title, winning by a 27-stroke margin. Duke’s Celine Boutier and Laetitia Beck finished 1-2 on the individual leadership. Boutier shot a final-round 70 to finish at 3-over 210, five strokes ahead of Beck (2-over 215).

“Scores were high across the board today because it rained all night, no roll on the course,” head coach Patti Rizzo said. “The team did great on the back nine after getting off to a slow start. We’ve very happy to tie for fifth; we’re very close to playing great.

“We beat three teams ranked higher than us,” Rizzo said, “so we should be in a good position to move up in the rankings again heading into postseason.”

For Darquea, she carded her sixth top-15 and seventh top-25 finish of the season after shooting 10-over (76-73-74=223). The Quito, Ecuador, product has finished 30th or better in all nine tournaments this season.

Sophomore Kailey Walsh shot a final-round 78 to finish 18th overall at 13-over 226 – her best finish since a 16th-place showing at the Betsy Rawls Longhorn Invitational in October.

The 2014 NCAA Division I Women’s Golf Championship Selection Show will be held Monday, April 28, at 6 p.m. ET on the Golf Channel. Miami is expected to make its 34th postseason appearance and back-to-back appearances for the first time since 2004-05.