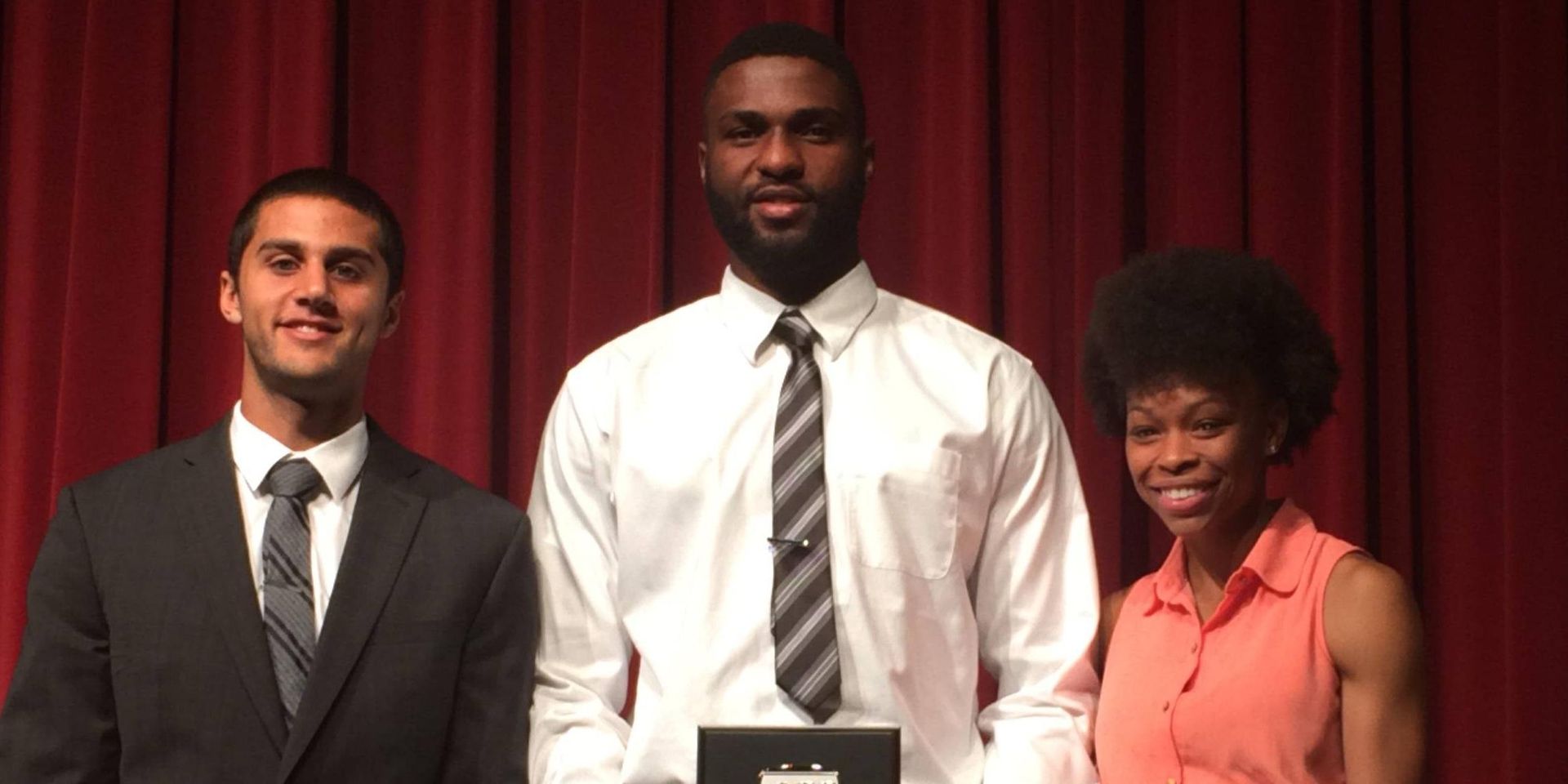 The Weaver-James-Corrigan and Jim and Pat Thacker postgraduate scholarships are awarded to selected student-athletes who intend to pursue a graduate degree following completion of their undergraduate requirements. Each recipient will receive $5,000 toward his or her graduate education. Those honored have performed with distinction in both the classroom and their respective sport, while demonstrating exemplary conduct in the community.

The Weaver-James-Corrigan Award is named in honor of the late Jim Weaver and Bob James, as well as Gene Corrigan, the first three ACC commissioners. The league’s first commissioner, James H. Weaver, served the conference from 1954-70 after a stint as the Director of Athletics at Wake Forest University. His early leadership and uncompromising integrity are largely responsible for the excellent reputation enjoyed by the ACC today.

Robert C. James, a former University of Maryland football player, was named commissioner in 1971 and served in that capacity for 16 years. During his tenure, the league continued to grow in stature and became recognized as a national leader in athletics and academics, winning 23 national championships and maintaining standards of excellence in the classroom.

Prior to 1994, the Weaver-James postgraduate scholarships were given as separate honors. The Jim Weaver Award, which originated in 1970, recognized exceptional achievement on the playing field and in the classroom, while the Bob James Award, established in 1987, also honored outstanding student-athletes.

The Thacker Award, which originated in 2005, is given in honor of the late Jim and Pat Thacker of Charlotte, N.C. Jim Thacker was the primary play-by-play announcer for the ACC’s first television network. Recipients of the award must demonstrate outstanding performance both in athletic competition and in the classroom and intend to further their education through postgraduate studies at an ACC institution.

Raphael Akpejiori; Mechanical Engineering; Men’s Basketball; Lagos, Nigeria (Honorary)
Raphael Akpejiori, a forward from Lagos, Nigeria, helped Miami to the 2013 ACC Championship and the NCAA Sweet 16 a season ago. The senior engineering major was named to the 2013 All-ACC Academic Men’s Basketball Team and he has been recognized on the ACC Honor Roll for two years. In addition, he has been distinguished on the University’s Dean’s List (3.5 GPA) once and the Athletic Director’s Honor Roll (3.2 GPA) three semesters throughout his career at UM. He is currently enrolled in a dual enrollment program and will complete both his bachelor’s and master’s degrees in May 2015.

Bassim El-Sabawi; Biology; Men’s Track & Field; San Diego, Calif.
Bassim El-Sabawi, a sprinter on Miami’s men’s track team, is the textbook definition of an exemplary student-athlete. Boasting a 3.969 cumulative GPA, El-Sabawi is a three-time ACC Academic Honor Roll member. The biology major has also made the Athletic Director Honor Roll, the Dean’s List, and the Provost’s Honor Roll in every semester that he has studied at Miami. In recognition of his dedication and commitment to both academics and athletics, the University of Miami rewarded El-Sabawi with the title of the 2012-2013 UM Athletic Department Underclassmen Male Scholar Athlete of the Year.

AJ Salcines; Baseball; Biology; Miami, Fla.
AJ Salcines has been one of the team’s most important relievers on the mound, and is now in his fourth and final season with the Hurricanes. Salcines, who was named to the ACC Honor Roll for his first three years, has been named to the Dean’s List Honor Roll for all seven semesters of his undergraduate career. Salcines, a member of the 2012 All-ACC Academic Team, was named team MVP in 2012 after a dominant season out of the bullpen.