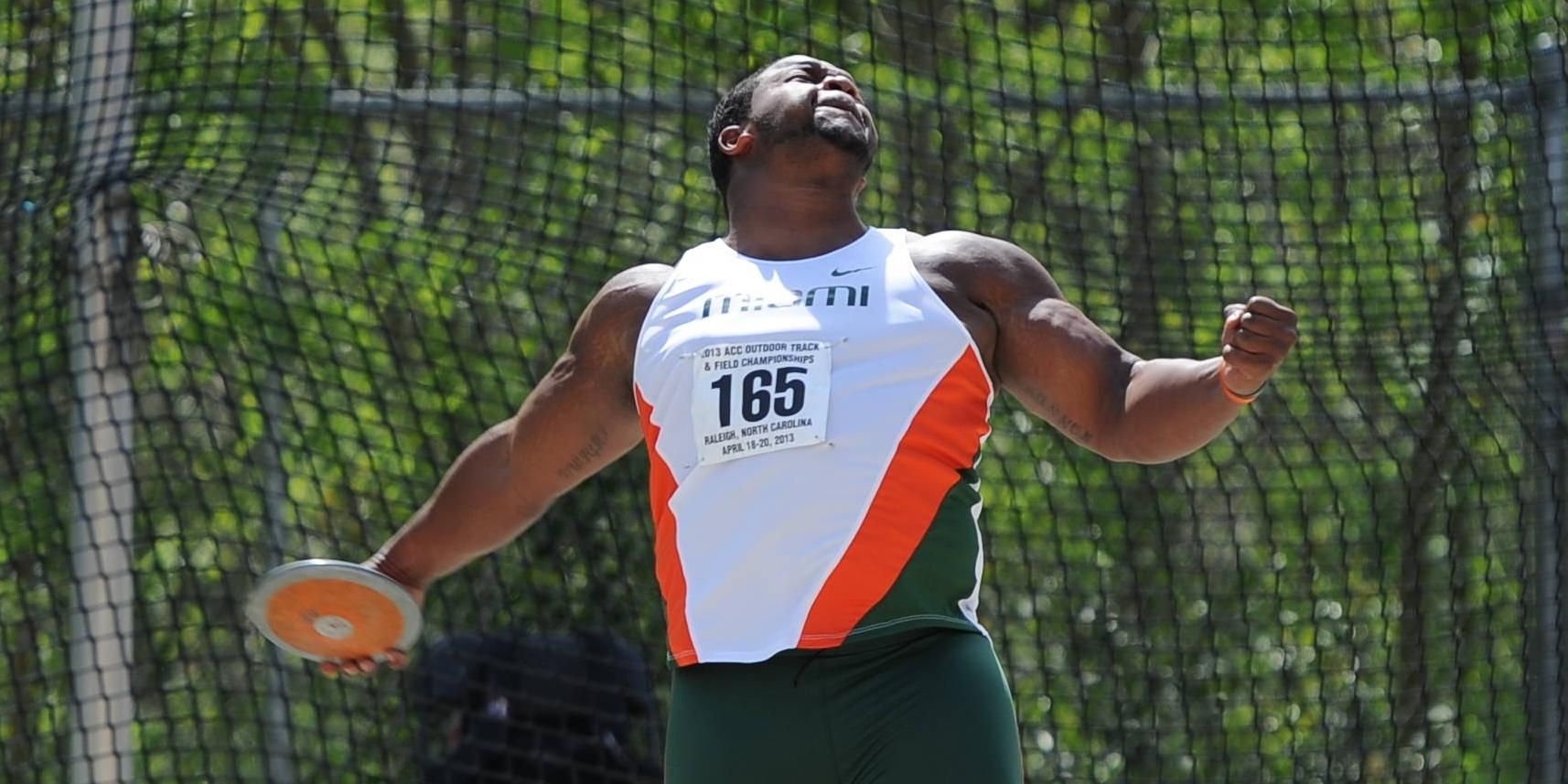 Canes from past and present came together at Cobb Stadium for a beautiful day of track and field that featured several Miami student-athletes having success in the final meet before the ACC Outdoor Championships.

“We had some really good performances,” Miami director of track and field/cross country Amy Deem said. “Our throwers continue to do really well and JP had a breakout day in the long jump. We’re in a really good place for ACCs. We’re healthy and I am excited about what we can do next weekend.”

Isaiah Simmons won the men’s shot put with a throw of 17.75m, while Gian Piero Ragonesi placed fourth with a mark of 16.40m. The duo also competed in the men’s discus with Simmons placing second with a school-record mark of 56.68m. Ragonesi placed third with a personal-best throw of 52.23m.

The Canes had three men finish in the top five in the men’s hammer throw. Carlos Mangum led the trio with a second place finish (57.22m), while Simmons placed fourth with a personal-best mark of 52.33m and Ragonesi finished fifth (48.16m).

“I thought Jamika had a solid day in the hurdles,” Deem said. “She is getting more consistent and that’s a positive.”

Luke Fontaine placed second in the men’s 3000m with a time of 8:38.24. The senior’s time moved him into third place in school history.

Senior Lindsi Arrington placed second in the women’s 1500m run with a season-best time of 4:30.56.

Lea Johnson placed second in the women’s hammer throw with a personal-best mark of 61.20m.

Thandi Stewart placed second in the women’s 400m dash with a time of 54.90 seconds.

Beyond the track and field action, Miami’s 18 seniors were recognized for their contributions to the program in an on-field senior day ceremony. Six women and 12 men were honored and received plaques as a token of appreciation for their dedication to “The U.”

“They’ve been a great group of young people to work with for the last four years,” Deem said. “I got into coaching to make a difference. It seems like they were just talking to us about being a part of the program and now they’re getting ready to graduate in a month. Time goes fast and you have to take advantage of your opportunities because they go by quickly.”