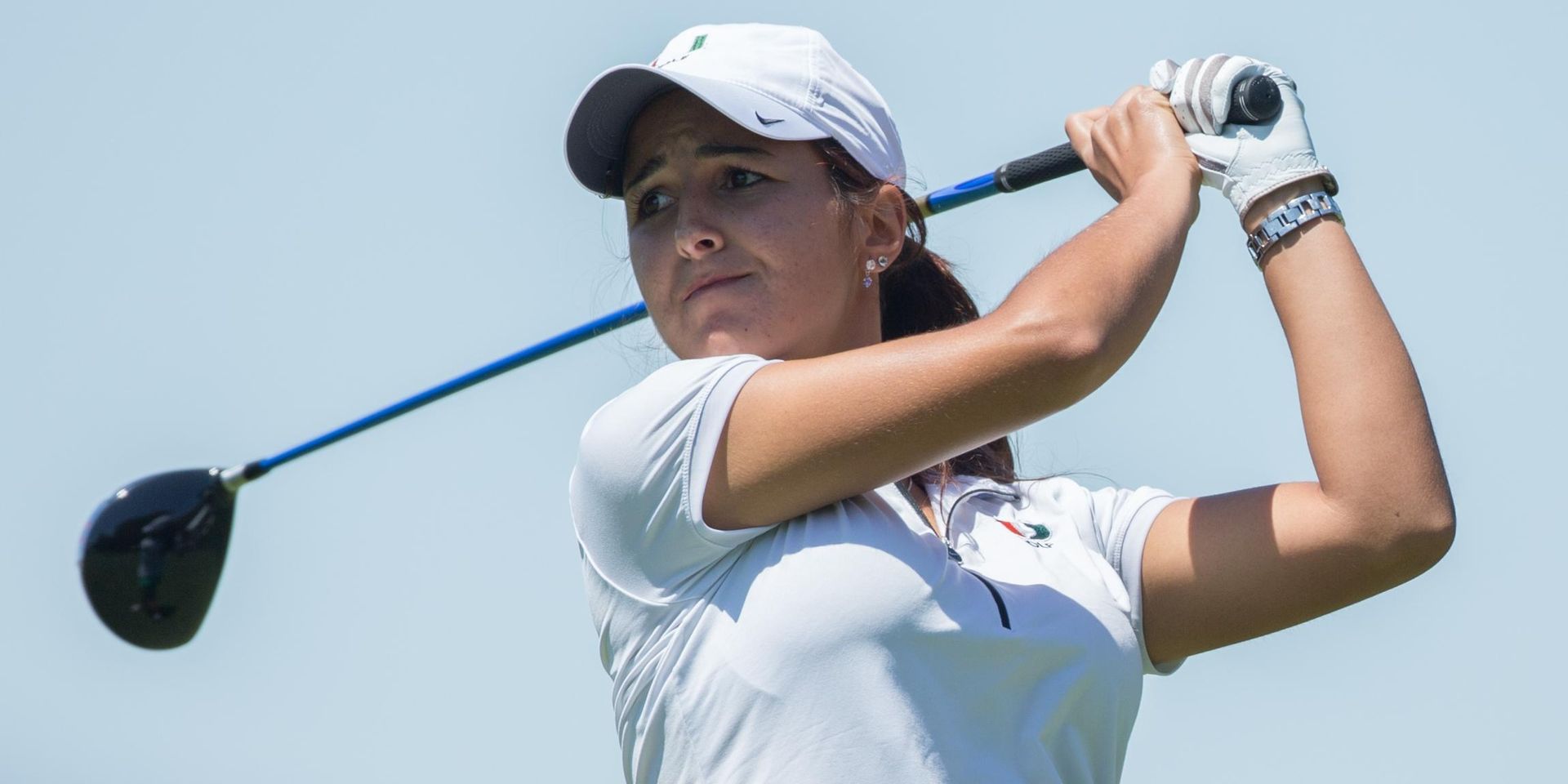 No. 33 @HurricanesGolf Finishes Third at UCF

Miami, who at one point led during Monday’s second round, entered the final day two strokes behind host UCF. The Hurricanes shot a final-round 295 to finish the tournament at even-par 864. No. 24 UCF claimed the tournament title, holding off No. 22 Iowa State by one stroke.

UCF’s Fanny Cnops led from start to finish in Orlando, taking home individual medalist honors at 8-under 208. Cnops led a contingent of 17 golfers who finished the tournament under par, including a pair of Miami Hurricanes.

“The pin placement was tougher, the winds picked up, but we held our ground,” head coach Patti Rizzo said. “We didn’t play great, but we didn’t play terrible either. Third place is not bad out of 19 teams.”

Junior Leticia Ras-Anderica and freshman Daniela Darquea tied for seventh as both shot a career-low 2-under 214. It is Ras-Anderica’s third top-10 finish of the season, while Darquea posted her second of the season.

“Both Leti and Dani have been playing great golf lately,” Rizzo said. “Of course, they are both disappointed with how they finished Tuesday because they felt like they left some shots out on the course.”

Freshman Delfina Acosta narrowly missed her fourth top-25 finish of the season Tuesday. She tied for 26th overall after shooting 2-over 218. Sophomore transfer Kailey Walsh carded Miami’s highest individual score of the day with a final-round 78; Walsh tied for 46th at 5-over 221.

Junior Rika Park and sophomore Lauren Riehle both tied for 72nd at 11-over 227.

Miami will return to action March 3-5 when it hosts the Hurricane Invitational at the Biltmore Golf Course in Coral Gables.

“Now, it’s time for us to prepare for our home tournament,” Rizzo said. “It’ll be nice to play on our home course in a few weeks.”