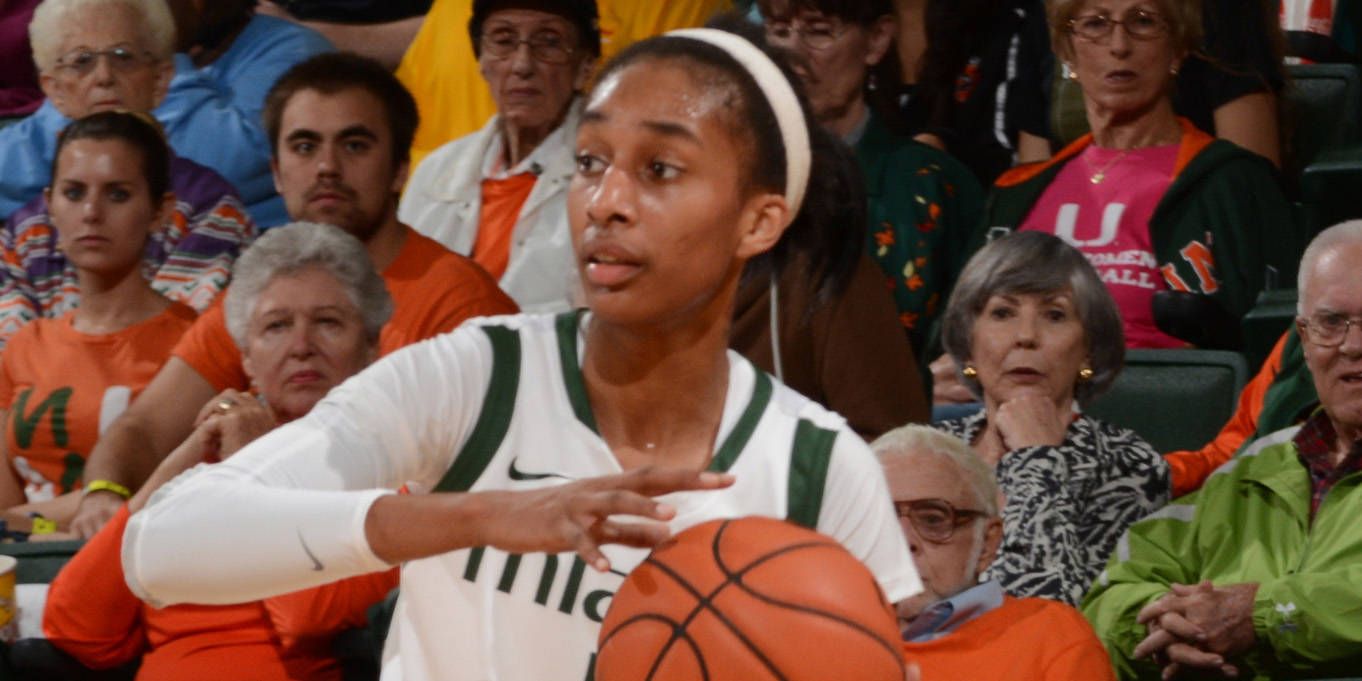 The Game
The Hurricanes (10-7, 2-2 ACC) return to the BankUnited Center after a two-game road stretch to face No. 20 NC State at 2 p.m. on Sunday afternoon. The game will also feature the You Can Play celebration and will be Employee Day at the University. The Wolfpack lead the all-time series 9-7, but Miami has won the last six in a row.

If You Can Play, You Can Play
That is the motto of the University of Miami’s celebration of diversity. Miami is a community in which we welcome people from all backgrounds. Diversity is not just a word here at The U. It has real meaning. If you can play…you can play. We are all part of The U Family, and we embrace, celebrate, and respect all members of our members. It does not matter your race, religion, gender identity, sexual orientation, class affiliation, or background. All members of our community are valued and respected. In partnership with the division of student affairs, Miami’s celebration of diversity will include a pregame tailgate featuring guest speakers President Donna E. Shalala, Director of Athletics Blake James, Head Women’s Basketball Coach Katie Meier, and Steve Rothaus, the LGBT issues writer at the Miami Herald.

Last Time Out
The Hurricanes dropped a road contest at Boston College, 63-62 on Thursday, Jan. 16 in Chestnut Hill, Mass. Trailing by one point with 26 seconds remaining in the game, the Hurricanes had one final possession with a chance to take the lead, but came up empty after two shot attempts. Four Hurricanes scored in in double figures with Maria Brown leading the way, tying her career-high with 15 points. Keyona Hayes added a double-double, her second of the season, with 11 points and 13 rebounds. Caprice Dennis and Adrienne Motley scored 12 and 11 points, respectively.

Scouting NC State
NC State enters the game ranked No. 20 in the AP poll with a 16-2 overall record and a 3-1 ACC record. Most recently, the Wolfpack have beaten Wake Forest on the road and Florida State at home. NC State is led by Markeisha Gatling who is averaging just over 16 points per game has scored 20+ points seven times this season.

Coverage
The game between Miami and NC State will be televised on Sun Sports in Florida. For other areas of the country, visit this link. Mike Hogewood will be providing the play-by-play and Debbie Antonelli will add color commentary.

Hayes Notches Second Double-Double
Keyona Hayes recorded her second double-double of the season on Thursday night at Boston College, posting 11 points and 11 rebounds in the first half.  Her first double-double came on Dec. 28 against Morgan State, when she scored 17 points and grabbed 10 rebounds.

Dennis Heats Back Up
Miami sophomore Caprice Dennis scored in double figures in each of her first five games of the season and has found her stroke again as of late. Dennis has scored 12+ points in three of the Hurricanes’ last four games, including 17 in the win last week at Virginia Tech.  Dennis scored 12 points and added five rebounds and three assists against Boston College on Thursday.

Defensive Battle
Both Miami and NC State have held opponents under 61 ppg on average this season, and both rank in the top half of the ACC in scoring defense. NC State and Miami rank back-to-back in the category  with the Wolfpack allowing 60.2 ppg and Miami allowing 60.5. Miami is ranked sixth in field goal percentage defense, holding opponents to a .361 average.

Block Party
As a team, Miami is third in the ACC with 4.9 blocks per game. Hurricanes’ junior Jassany Williams leads the charge with 34 blocks this season and is averaging two blocks per contest.

Turnover Margin
Miami ranks third in the ACC in turnover margin (+4.4), forcing an average of nearly 20 turnovers per game (19.6).

The Coach
Miami is led by head coach Katie Meier, who is in her ninth season at the helm of the women’s basketball program in Coral Gables. Meier has a record of 157-113 through eight-plus seasons at Miami and a career record of 233-158 as a head coach.

Looking Ahead
The Hurricanes will hit the road again for two games at No. 2 Notre Dame on Jan. 23 and at Clemson on Jan. 26.