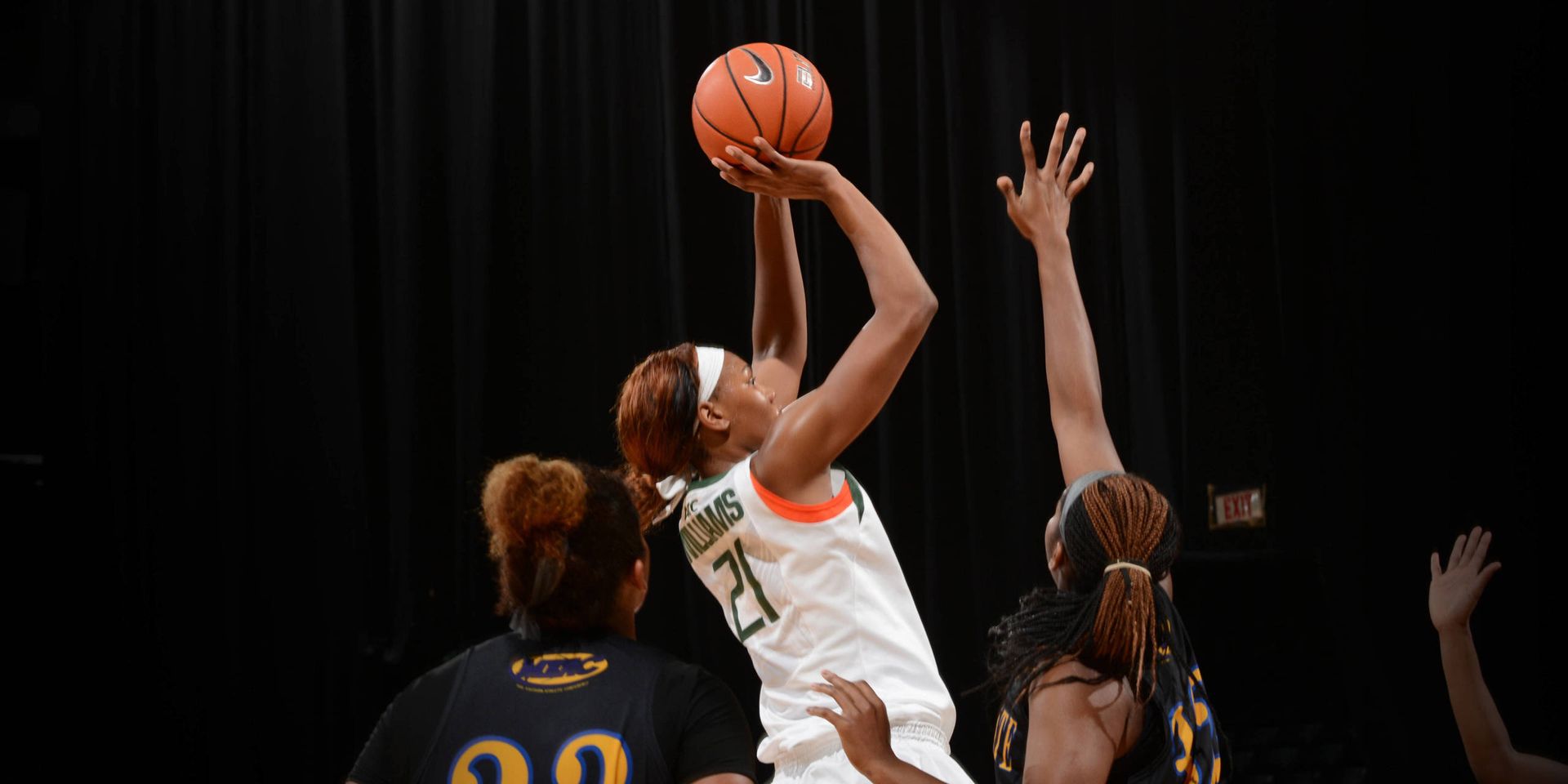 Scouting Morgan State
The Bears are led by junior guard Tracey Carrington who is averaging 21.8 points per game. Joining Carrington in double figures at 10.4 points per contest is Danielle Forrest. Morgan State enters the tournament coming off a win against Towson—just their second victory of the season. After starting 1-2, Morgan State lost five straight before rebounding on Dec. 18 against the Tigers.

Last Time Out
Miami lost a heartbreaker on the road at Arizona State on Dec. 21, 75-73. The Hurricanes trailed by 11 points with 5:40 to play and surged back to get within one of the Sun Devils, and even had a chance to tie the game or take the lead with nine seconds remaining. Miami was led by junior guard Suriya McGuire who dropped in 17 points. Jass Williams led the team with seven rebounds.

Coverage
All four games of the Holiday Tournament will be live streamed on CanesAllAccess on HurricaneSports.com. Miami’s student radio, WVUM, will be calling Miami’s game vs. Morgan State on Saturday.

House of Jass
Miami junior Jassany Williams is currently fourth in the ACC with 22 blocks this season (2.2 per game). Williams has posted a block in all but one of the Hurricanes’ games, and has 2+ blocks in seven games this season.

The Coach
Miami is led by head coach Katie Meier, who is in her ninth season at the helm of the women’s basketball program in Coral Gables. Meier has a record of 153-110 through eight-plus seasons at Miami and a career record of 229-155 as a head coach.

Looking Ahead
On the second day of the Holiday Tournament, Miami will play either New Mexico or Western Carolina. On Wednesday, Jan. 1, Miami will wrap up its non-conference schedule when it hosts Penn at 2 p.m. at the BankUnited Center.