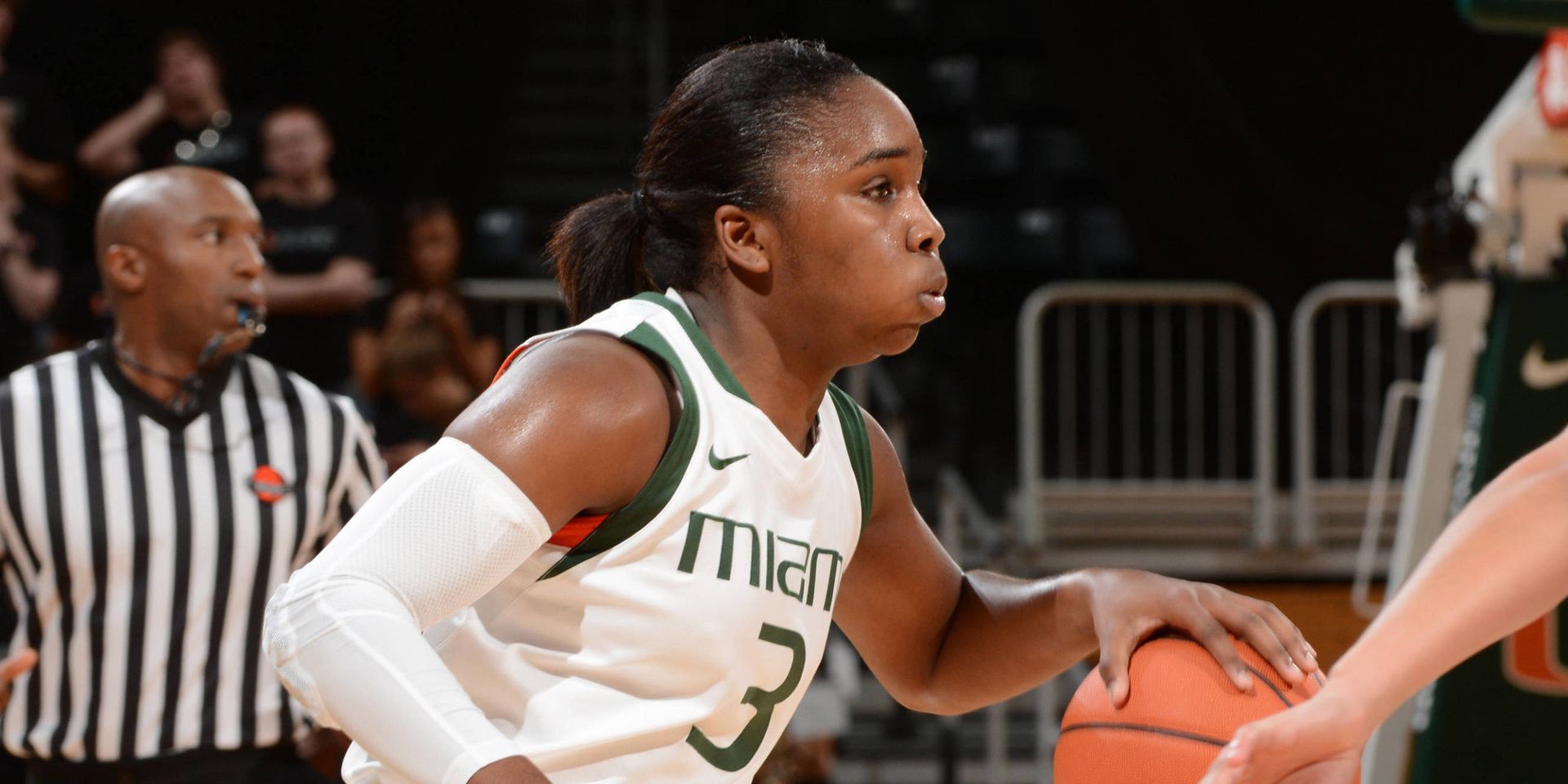 The Game
The Miami Hurricanes women’s basketball team welcomes Yale to the BankUnited Center on Monday, Nov. 25 at 7 p.m.

The Series
Miami holds a 1-0 series lead between the schools, with the Hurricanes earning a win over the Bulldogs in 2001 by a final score of 75-46.

The Opponent
Yale University enters the game against the Hurricanes with a 3-2 record, boasting wins against Monmouth, UMass-Lowell, and Boston University. The Bulldogs fell at home to Sacred Heart and on the road to Fordham.

Coverage
The Hurricanes’ game against Yale will be streamed live on CanesAllAccess on HurricaneSports.com. University of Miami student radio, WVUM, will have an audio broadcast of the game on WVUM.org. As always, in game updates will be provided via the official Twitter account of the women’s basketball team, @MiamiWBB.

Jass on the Glass
Hurricanes’ junior Jassany Williams is averaging 9.8 rebounds per contest, with a career-high of 16 coming in the Canes’ last home game against Middle Tennessee. On the road against Oakland, Williams was one rebound and one point shy of a double-double.

Behind the Arc
The Hurricanes sunk a season-high 15 three-pointers in the win against Oakland on Tuesday night. Coming into the game, Miami had made 16 three-pointers in the previous three games combined. The Canes shot the lights out of the gym in the first half, going 9-for-15 from three and 48 percent for the game.

Last Time Out
The Hurricanes picked up a road win against Oakland, 86-68 in Rochester, Mich., behind 15 points, six assists and five rebounds from freshman Jessica Thomas. For the first time this season, Miami had four players post double-digit scoring numbers. The Hurricanes relied on some hot-shooting in the win against the Golden Grizzlies, shooting 53 percent in the first half and 43 percent in the contest while dropping in a season-high 15 three-pointers.

The Coach
Miami is led by head coach Katie Meier, who is in her ninth season at the helm of the women’s basketball program in Coral Gables. Coach Meier has a record of 149-108 through eight-plus seasons at Miami and a career record of 225-153 as a head coach.

Up Next
Following the game against Yale, the Hurricanes will begin preparing for its Thanksgiving Tournament where they will welcome St. Francis -Brooklyn, Missouri and Hartford to Coral Gables. Miami will open the tournament against St. Francis on Friday, Nov. 29 at 1 p.m. Missouri and Hartford will play at approximately 3 p.m. on Friday. The winners of Friday’s contest will play at 3 p.m. on Saturday and the losers will play in a consolation game at 1 p.m.