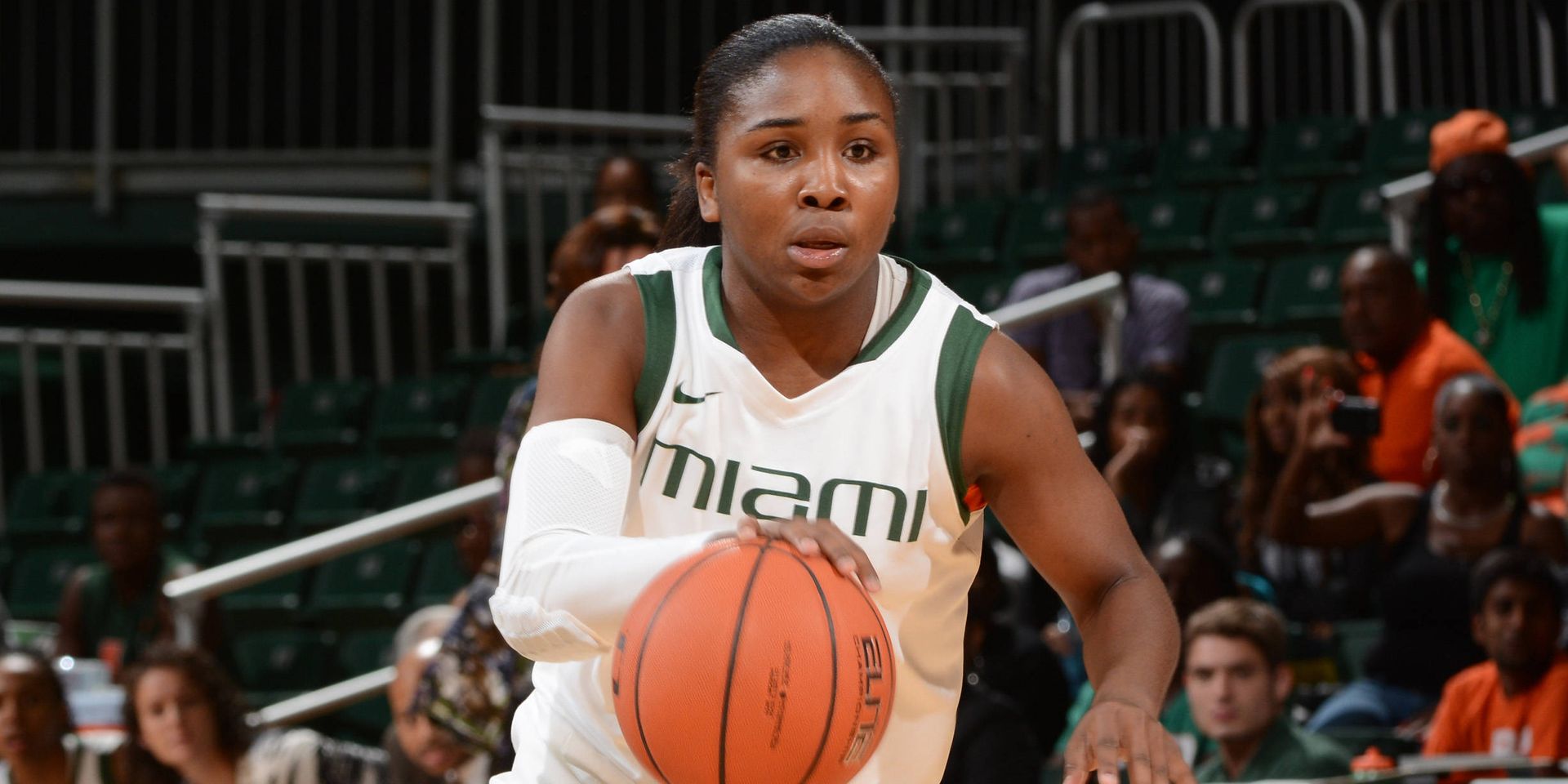 ROCHESTER, Mich. – In the first road contest of the year, the Miami Hurricanes picked up an 86-66 win against Oakland behind 15 points and six assists from freshman guard Jessica Thomas.

“I thought this was the kind of team where she’d be able to squeak through and generate some opportunities,” head coach Katie Meier said. “She really shared the basketball well with six assists, and she was responsible for four of our threes.”

The Hurricanes opened up the game on fire, with Adrienne Motley scoring the first six points for the Hurricanes. Motley’s aggressive start jumpstarted the Canes offense, with much of the first half output coming from Thomas.

Four Hurricanes finished in double figures, the most thus far in the season. Matching Thomas’ 15 points was Keyona Hayes, who also added five rebounds. Senior captain Krystal Saunders heated up from behind the arc, finishing with 12 points—all of which came off of three-pointers. And in her first game of the season, Caprice Dennis contributed 14 points and two rebounds.

In the second half the Hurricanes picked up right where they left off, with Necole Sterling dropping in a trey to give the Canes a 23-point lead.

Over the next quarter of the game the Canes continued to widen the gap. With 9:40 on the clock, Saunders sunk her fourth three-pointer of the game to give Miami a 28-point lead—their largest of the game.

Miami dominated the glass throughout the game, with three players grabbing six-plus rebounds each. Jassany Williams was the leader of that bunch, finishing with nine rebounds and nine points. Necole Sterling finished with nine rebounds to go with her six points, and Maria Brown grabbed seven rebounds in addition to her four points.

“She is just hugely important to this team,” Meier said of Williams. “She’s doing a great job of getting some stuff out of the pitch post and really attacking the rim—which is a great part of her game. There’s a lot more coming from Jass and I’m excited for her.”

In a homecoming game for junior Dennis, the sophomore finished shot 4-for-12 from the field overall and 4-for-10 from behind the arc.

“We’ve really been missing Caprice and I’ve tried not to make a big deal about it,” Meier said. “She’s potentially one of our leading scorers on the team this year and she’s a great facilitator. Noticeably, our tempo changes and our IQ goes up—she’s a very smart basketball player. We were happy for her, it was great to bring her home.”

The Hurricanes get back in action on Monday, Nov. 25 when they welcome the Yale Bulldogs to the BankUnited Center. Tipoff is set for 7 p.m.