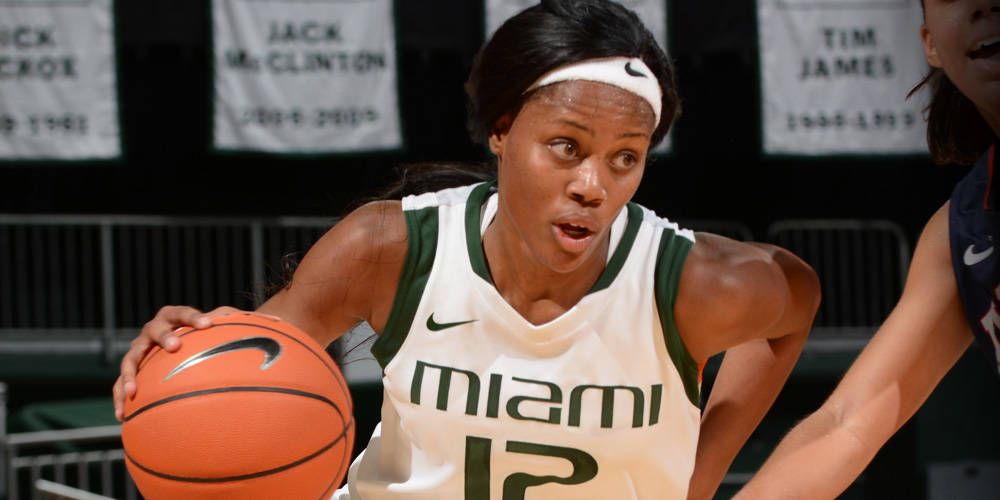 The Game
The Miami Hurricanes women’s basketball team gets back on the floor Friday, Nov. 15 five days after dropping its first game of the year to Richmond by a final score of 57-50. The loss for the Hurricanes marks just the fourth home loss over the past three-plus seasons.

The Series
Miami faces off against the Blue Raiders for just the second time in program history. The teams last met Dec. 30, 1980 in Miami, where the Canes came away with an 80-74 victory.

Broadcast
The Hurricanes’ game against Middle Tennessee will be broadcast by Miami’s student radio station 90.5 WVUM. It will also be available on WVUM.org. A live stream of the game will be available for CanesAllAccess subscribers.

Early Signing Period
Katie Meier received five NLIs on Wednesday as the early signing period began. The Hurricanes inked signatures from Aisha Edwards, Khaila Prather, Keyanna Harris, Erykah Davenport, and junior college transfer Ashley Jones. The group of signees will join the Hurricanes in the 2014-15 academic year. The Hurricanes’ recruiting class was ranked No. 20 in the nation by Prospect Nation.

Double Figures
Through two games, three Hurricanes are averaging double figures in scoring. Junior Suriya McGuire, leading the pack with a 13 ppg average, is coming off a 5-for-10 field goal shooting performance in the loss to Richmond. Senior captain Krystal Saunders is averaging 10.5 ppg after opening up the season with a stellar shooting performance against UNF, finishing 5-for-6 on three-pointers. True freshman Jessica Thomas is also averaging double figures at 11.5 ppg. The Gainesville, Fla., native has a .500 field goal percentage after two games and has shot 5-for-11 from behind the arc.