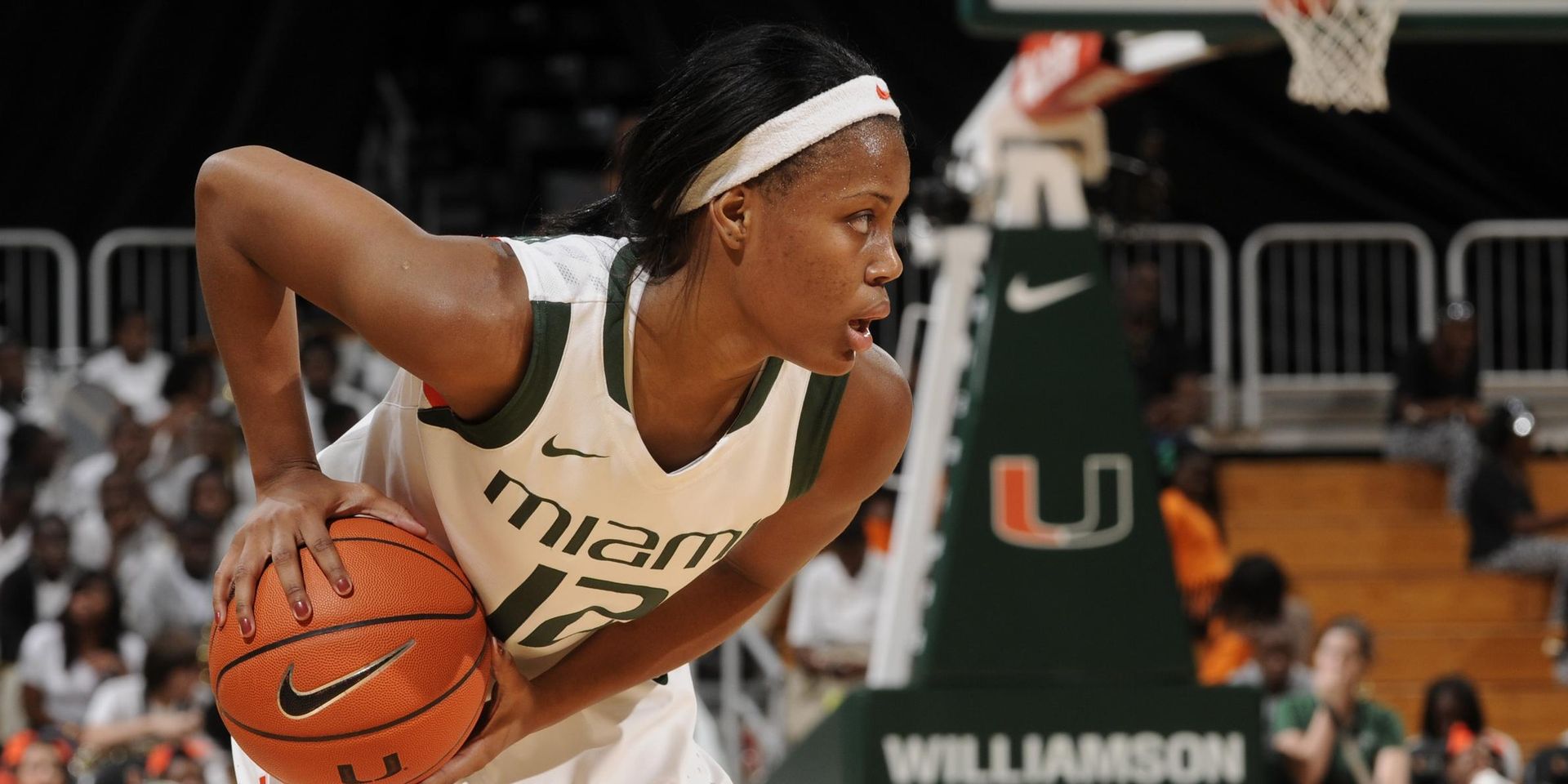 Under ninth-year head coach Katie Meier, the Hurricanes are aiming to reach their fourth consecutive NCAA postseason. Miami finished with a 21-11 overall record in 2012-13 and earned a No. 8 seed in the Iowa City Regional.

“I saw a team that stayed focused for two-and-a-half hours today—which is phenomenal,” Meier said after practice. “We’re young, but they really stayed focused, they stayed on each other, they were listening to the coaches, so I’m excited about that.”

The Hurricanes lost their three leading scorers from a year ago – Morgan Stroman, Stefanie Yderstrom and Pepper Wilson – to graduation. This year’s squad features plenty of youth in true freshmen Adrienne Motley, Jessica Thomas and Nigia Greene. Krystal Saunders, one of the team’s two seniors, was named team captain on Monday, while Jassany Williams and the Hurricanes’ second senior, Maria Brown, were named co-captains.

“It’s a big change for us to come in without an all-conference player returning,” Meier said. “Krystal’s the captain and then Maria and Jassany are our co-captains, is how we did it this year.”

Meier thinks Saunders and Brown are ready to expand on their roles and become leaders on this 2013-14 team.

“I think Krystal’s going to have a huge season for us—she’s ready for it,” Meier said. “I think Krystal and Maria, our two seniors, have spent a lot of time being the reason other people were successful. They’re really great, supportive kids, and they’ve played a certain role but they’ve got to expand their roles this year or we’re not going to be very successful.”

Saunders, a 5-8 guard from West Park, Fla., averaged 6.2 ppg and 3.2 apg for the Hurricanes last season, but brings more to the team than just her physical on-court skills.

“She is the most coachable, she’s just a wonderful young lady,” Meier said of her senior captain. “There’s not a player that could finish my sentences more than Krystal Saunders. She knows exactly what we’re thinking, why we’re doing it what we’re doing, and she’s always been that way since the moment she stepped on campus.”

Even with just one team practice in the books, Meier has learned enough about her team to know that they are willing to learn and are striving for excellence.

“I have a lot of confidence that this team will represent in games what we’ve been working on in practice,” Meier said. “I don’t have any question that they’re all doing just trying to do exactly what we need them to do. There’s a good humility to this team. There’s confidence, but they’re pretty humble. They just want to be great, and they’re asking us how.”

The Hurricanes open up the season against North Florida Nov. 8 at the BankUnited Center.