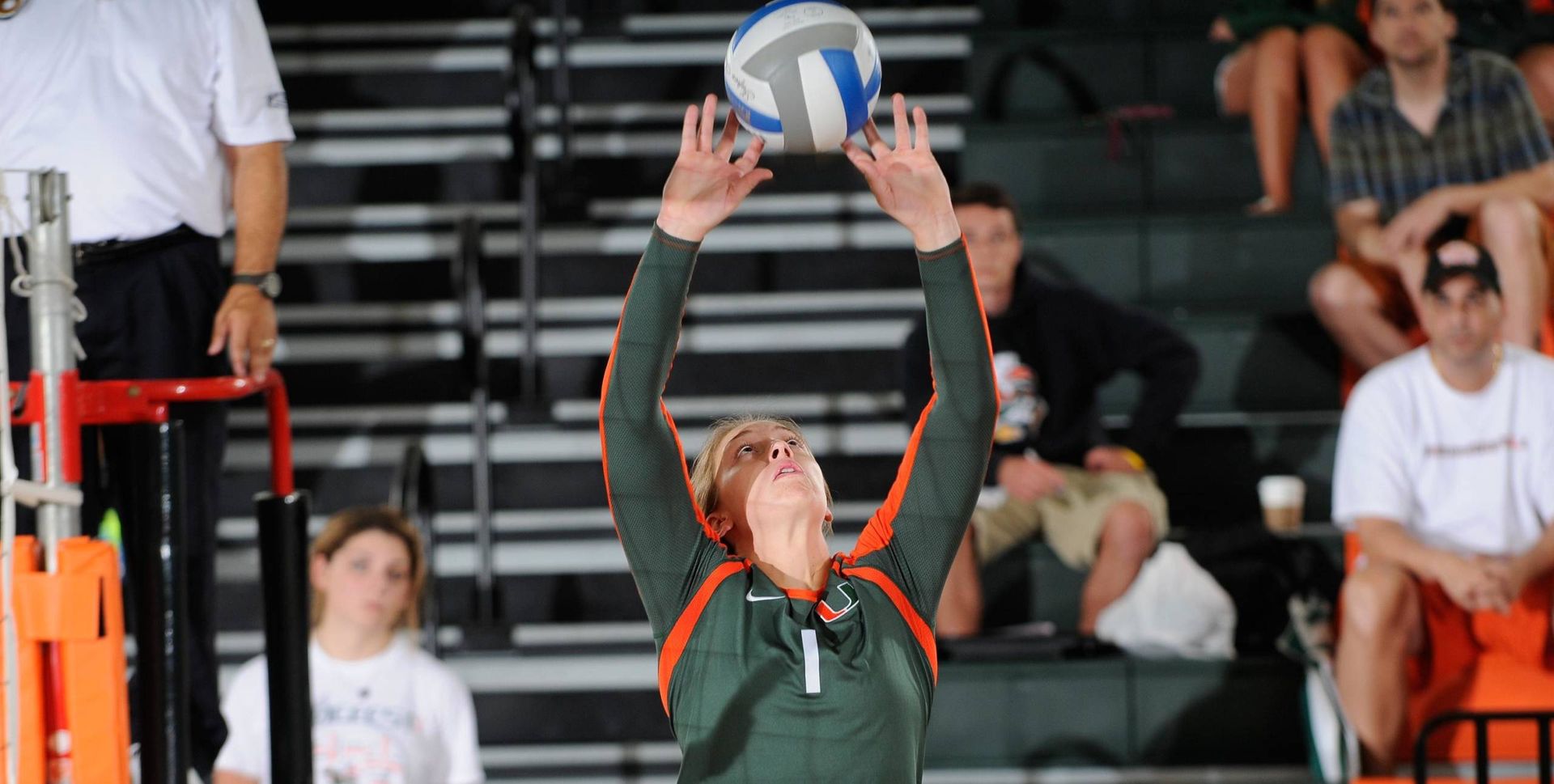 The Canes, who played in California for the first time since 2011, dropped the first set against the Gaels, 25-14. Miami fell in the second set 25-18 and fell just short of extending the match, dropping the third set 25-23.

Sophomore outside hitter Kelsie Groot led Miami with eight kills, while Savanah Leaf added seven kills and both Alex Johnson and Alexis Mourning collected five kills each. Junior setter Blair Fuentez picked up 24 assists, but the Hurricanes struggled to get their attack going, compiling a .129 hitting percentage against Saint Mary’s.

Miami committed 17 attack errors, but the Hurricanes’ struggles went beyond their hitting. The Canes committed nine errors while receiving the Gaels’ serves.

The Canes will look to bounce back in their two matches Saturday at the Bay Area Challenge. Miami will face Long Beach State at 4 p.m. ET and return to the court against tournament host San Francisco at 10 p.m. ET.