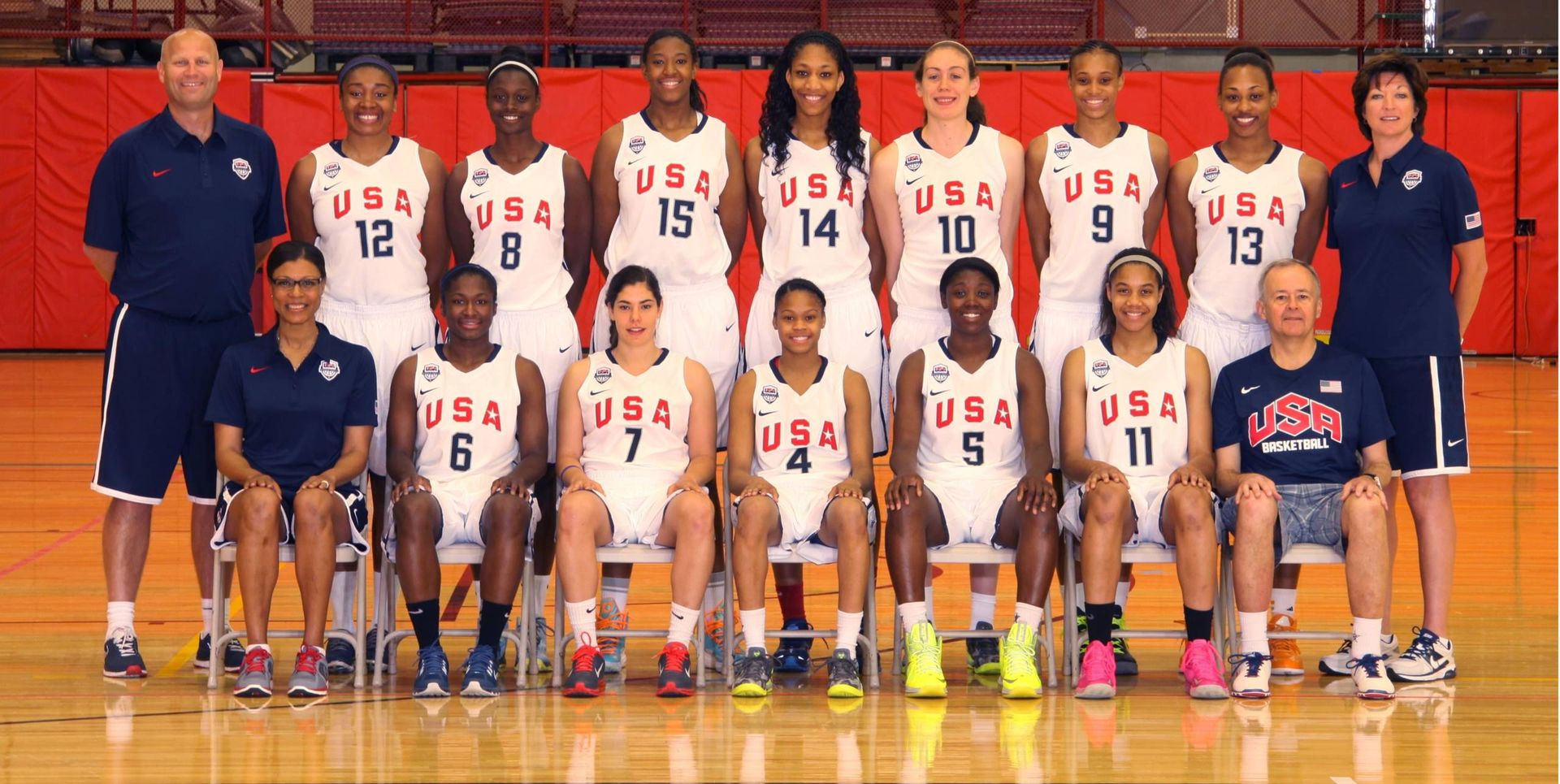 COLORADO SPRINGS, Colo. – Headlined by three returning members of the gold-medal winning 2011 USA Basketball Women’s U19 World Championship Team, USA Basketball today following four days of trials announced the 12-member team that will represent the red, white and blue as it attempts to capture its fifth-straight gold medal at the 2013 FIBA U19 World Championship, hosted by Lithuania from July 18-28 in Klaipeda and Panevė?ys. Held May 16-19 at the U.S. Olympic Training Center (USOTC) in Colorado Springs, Colo., the USA U19 trials featured 33 athletes age 19-years-old and younger (born on or after Jan. 1, 1994). The team was selected by the USA Basketball Junior National Team Committee, chaired by UT Chattanooga head coach Jim Foster.

At the most recent biennial U19 tournament in 2011 the U.S. extended its golden U19 streak to four-straight behind the play of Alexis Jones (Duke / Irving, Texas); FIBA U19 All-Tournament Team selection Breanna Stewart(Connecticut / North Syracuse, N.Y.), who was later named the 2011 USA Basketball Female Athlete of the Year; and Morgan Tuck (Connecticut / Bolingbrook, Ill.), all three of whom return this summer and list as the only U.S. athletes to ever repeat on a USA U19 squad.

“The team has some players whose skill set is a little different than their position. Breanna Stewart, A’Ja Wilson and Brianna Turner are all 6’3” or above and are equally as comfortable putting the ball on the floor after they get a rebound and starting a fast break on their own. It’s an interesting dimension, and it makes the team that much more versatile because you could actually play some of them at wing positions and have a very, very big team on the floor. It makes for a lot of versatility.”

“I’m thrilled. The length is incredible, the talent, the diversity,” saidUSA U19 and University of Miami head coach Katie Meier following the team announcement. “Everybody brings a little something different. That gives us a lot of choices as coaches in a lot of different ways that we can win basketball games. (The committee) put together what I think is the team that answers any type of a question. We have speed. We have quickness. We have size. We have shooters. They really made sure that they gave us every weapon.”

In addition to Stewart; Agee, Bashaara Graves, Jefferson and Tuck were members of the 2012 USA U18 National Team that captured the FIBA Americas U18 Championship to secure a berth to this summer’s competition.

Harper helped the U.S. win gold at the 2011 FIBA Americas U16 Championship and competed later that summer in the inaugural FIBA 3×3 U18 World Championship. After falling to Italy in overtime of the semifinal with just two healthy players on the court and being forced to forfeit in the bronze medal game due to a lack of players, the U.S. was awarded an honorary bronze medal by FIBA.

In 2010 Bashaara Graves, Stewart and Tuck were members of the gold medal-winning USA U17 World Championship Team; while Jones captured gold that summer at the FIBA Americas U18 Championship.

Bashaara Graves and Stewart earned their first gold medal with USA Basketball at the 2009 FIBA Americas U16 Championship.

In addition to the eight gold medalists on the team, three athletes have participated in a USA Basketball trials previously, including Coffey, Green and Plum; while Wilson, the youngest team member, is new to USA Basketball this year.

Assisting Meier and the U19 squad are collegiate head coaches Nikki Caldwell of Louisiana State University and Kelly Graves of Gonzaga University.

The USA will regroup for training on July 1 at the USOTC prior to traveling to Europe for a July 11-14 Spain-hosted tournament in Lanzarote, Canary Islands. Featuring U19 squads from Australia, Canada and Spain, the tournament will be good test for the U.S. From there, the American women will travel to Lithuania in an attempt to defend gold.

Drawn into Group D, the U.S. will play its preliminary and second round games in Panevė?ys, and opens against Lithuania on July 18, followed by China on July 19 and caps the preliminary round against Mali on July 20.

The top three finishing teams from each first-round group will advance to the second round, held July 22-24. The 12 nations qualifying for the second round will be divided into Groups E and F. Each team will play the three new teams in its new group, with all results of games played in the preliminary round carrying over to determine the second-round standings.